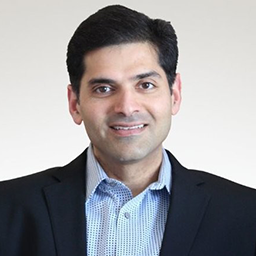 Rehan Jalil is President and CEO of SECURITI.ai, an innovator in AI-powered cybersecurity and data protection infrastructure. Previously, he was President and CEO of Elastica, a cloud-security company that merged with Bluecoat before being purchased by Symantec in 2016 for $4.7B, where it became the fastest-growing division of the security behemoth for seven straight quarters.

Rehan’s first company, 4G wireless infrastructure firm WiChorus, was acquired by Tellabs for $200M. His background also includes work at Aperto Networks, Sun Microsystems and Siemens. Rehan was named Ernst and Young Entrepreneur of the Year finalist for 2010 and is a venture advisor for Mayfield. He holds an AMP from Harvard Business School, an MSEE from Purdue University and BEEE from NED University, and has over 25 patents granted or pending.