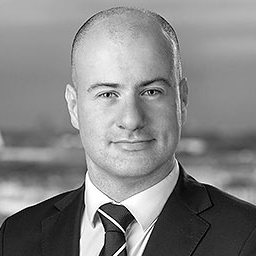 The IAPP Europe Data Protection Congress 2014 in Brussels had more takeaways for privacy professionals than from a frites stall on the Grand Place. The big stories, however, were the progress report on the EU General Data Protection Regulation, the continuing debate on the right to be forgotten and questions raised around the future of the EU-US Safe Harbor decision.

The Regulation: Are we there yet?

Luca de Matteis, from the Italian Presidency of the Council of the European Union, gave the keynote address to roughly 900 people. He confirmed that the Presidency will present a partial general approach on the public sector aspects of the regulation to the Council of Ministers on 4-5 December. Good progress has also been made on the controversial regulatory one-stop shop; the Council of the European Union’s expert working group on data protection, DAPIX, had been working hard to reach agreement on this seemingly insoluble issue. De Matteis said that this was a complex piece of legislation which will have to fit in with existing systems, and that accusations of foot-dragging aimed at the Council were far from the truth. 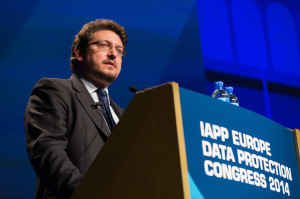 Luca de Matteis, from the Italian Presidency of the Council of the European Union

De Matteis was sanguine that good progress would be demonstrated on a partial general approach to the one-stop shop, but equivocal on whether the approach would be put to the ministers. Discussions were ongoing that day at DAPIX, just a mile down the road, but the building blocks of the text are falling into place one by one.

About forgetting and feeling safe

During a feisty session on the right to be forgotten, it became clear that the exact scope and meaning of the European Court of Justice's controversial verdict is far from settled. One member of the panel asserted that the verdict was relevant to one specific matter. But as the Council of Ministers were recently told by their own legal service, the verdict is "on the principle" and gives primacy to the right to privacy over other rights — which means that the principle is likely to continue to cause controversy.

The future of the EU-US Safe Harbor framework featured in a number of discussions at the Congress. Ted Dean from the US Department of Commerce said that it was important that the Safe Harbor continued to develop as a tool to build bridges between the different approaches to data protection on either side of the Atlantic. However, when the question of the national security exemption was raised by Isabelle Falque-Pierrotin, the president of the CNIL and A29 Working Party chair, FTC Commissioner Julie Brill said that this topic was not within either the FTC’s remit CNIL’s or, for that matter, the European Commission’s DG Justice (which had a year ago presented 13 recommendations to the US government for reforming Safe Harbor). In other words, the data protection authorities may have a long wait ahead of them before getting those answers they are demanding, and simple geopolitical reality makes it unlikely that a suspension of Safe Harbor will take place. One possible result is a compromise in which on the one hand the EU is assured by the US inter alia that enforcement will be increased and on the other hand the transatlantic business community gets the continued legal certainty they require. 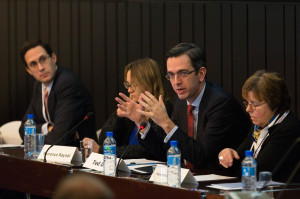 Ted Dean from the US Department of Commerce said that it was important that the Safe Harbor continued to develop as a tool to build bridges between the different approaches to data protection on either side of the Atlantic.

A panel at the end of the conference — Omer Tene, Eduardo Ustaran, Ralf Brendrath and Max Schrems — debated another angle of Safe Harbor. Schrems said that even if the European Commission’s 13 recommendations were agreed, the problem would still not be solved. Schrems had initiated an action in Ireland that had wended its way to the European Court of Justice (Case C-362/14). The ECJ would consider the fundamental question as to whether the Safe Harbor decision itself provided adequate protection for EU residents when their personal data are transferred to the U.S. If the ECJ finds that it does not, then Safe Harbor could be in trouble regardless of the EU-U.S. negotiations on the European Commission’s own recommendations.

The key takeaways for privacy professionals from these discussions are that they should monitor the situation in case they need to think about alternative bases for transfers, and they should also review compliance with the current framework in the light of increased FTC enforcement activity.

As Congress delegates headed home, the negotiations continued elsewhere in Brussels. The frequency and pace of the DAPIX meetings under the Italian Presidency has been intense. The Council of Ministers meeting on 4-5 December will show us how successful they have been in moving the regulation forward. And as we have already made clear on these pages, 2015 is looking to be a crucial year for European privacy law.

Contentious Nature of “Right To Be Forgotten” Hits DPC Stage

It was a full room last week at the IAPP Data Protection Congress in Brussels for what may be the hottest topic in European privacy: the so-called “right to be forgotten....
END_OF_DOCUMENT_TOKEN_TO_BE_REPLACED queue Save This

Hewlett-Packard (HP) has become the first company to be approved under both the Binding Corporate Rules (BCR) and Asia Pacific Economic Cooperation's Cross-Border Privacy Rules (CBPR) systems, a process streamlined by the G29 and APEC countries' release of a "Referential" at the IAPP's Global Privac...
END_OF_DOCUMENT_TOKEN_TO_BE_REPLACED queue Save This

The Problem of Data Classification

While the CIPT training at the IAPP Europe Data Protection Congress covered a lot of ground, it was interesting to see the attendees band together over what is perhaps one of the thorniest operational issues in privacy: data classification. “You have to explain that we need to always be reevaluating...
END_OF_DOCUMENT_TOKEN_TO_BE_REPLACED queue Save This

The two regulators from opposite sides of the Atlantic Ocean serving as the opening keynote at the IAPP Data Protection Congress seemed to agree more than disagree about what’s essential to both the U.S. and EU. The U.S. Federal Trade Commission’s Julie Brill and Article 29 Working Party Chairwoman ...
END_OF_DOCUMENT_TOKEN_TO_BE_REPLACED queue Save This

Council's De Matteis: The Regulation Is Coming Along Nicely

Luca De Matteis, justice counselor, permanent representative of Italy to the EU, stopped by the IAPP’s Data Protection Congress to set the record straight: While the Council of the EU has been accused of taking its time or even purposefully dragging its feet to create its draft of the data protectio...
END_OF_DOCUMENT_TOKEN_TO_BE_REPLACED queue Save This