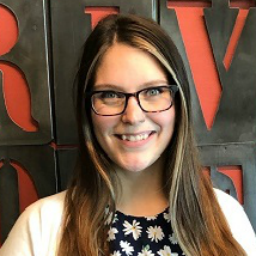 In June 2016, the United Kingdom narrowly voted to leave the European Union. After nearly three long years of negotiations, Brexit is becoming a reality. On Jan. 29, the European Parliament voted to end the U.K.'s membership in the EU.

In response, the U.K. Information Commissioner's Office released a statement on Brexit implementation, noting that the transition period will run until the end of December 2020 and "it will be business as usual for data protection." But how prepared are privacy pros for Brexit?

In the most recent "IAPP-EY Annual Governance Report," conducted in mid-2019, we asked privacy professionals if they are ready for the impact of Brexit and, if so, what data transfer mechanisms they plan to use once Brexit is in full effect. Here’s what we learned.

Although many respondents don’t anticipate Brexit will have a major impact on their organization’s privacy team, a few respondents believe the privacy team will need to establish a new supervisory authority. In addition, a small percentage of respondents indicated their organization will create a new U.K.-specific privacy team. The effects of Brexit can be felt most deeply by those organizations that have their EU main establishment in the U.K. For those organizations, most do not plan to move this office out of the U.K. The few planning to move out name derogations and a good relationship with the SA as important factors to be taken into consideration when choosing a new location. So far, Ireland appears to be a popular location for organizations.

To better understand the results of the survey and how privacy teams are getting ready for the withdrawal, the IAPP spoke to Gabe Maldoff, who recently transitioned from Bird & Bird in London (where he worked with companies grappling with the data protection impacts of Brexit) to Covington & Burling in Washington. Maldoff offered insight on what steps organizations should be taking to prepare for Brexit and opined that organizations are preparing for the withdrawal at a reasonable pace. Whereas Brexit will likely only impact data transfers from the EU to the U.K., organizations should focus first on understanding whether they transfer data from the EU to the U.K. either internally or externally.

Next, organizations should map out the transfers and, assuming the U.K. does not gain EU adequacy status, implement appropriate safeguards to govern those transfers aligned with EU and U.K. legal requirements, such as standard contractual clauses. Most organizations appear to be in the process of understanding both the internal and external data transfers right now and may even be incorporating the appropriate language into new vendor contracts to prepare for the withdrawal. Organizations are taking this pragmatic approach instead of renegotiating existing vendor contracts because of the uncertainty surrounding whether there will be a withdrawal deal. The process to update contracts is long, tedious and expensive, so organizations are hesitant to jump ahead before knowing all the facts.

Now that a deal has finally been struck, organizations can at least have some certainty that they can move forward in a post-Brexit world. Hopefully some preparations have already been underway.

Photo by James Giddins on Unsplash

1
More than three years after the U.K. voted in a referendum to leave the EU, a proposed Brexit deal is on the table just weeks ahead of an Oct. 31 deadline. U.K. Prime Minister Boris Johnson said it is a "great new deal" and that the U.K. Parliament will vote on it this Saturday, Oct. 19. European C...
END_OF_DOCUMENT_TOKEN_TO_BE_REPLACED queue Save This

The role of the UK representative post-Brexit

2
Brexit — love it or hate it, there is a significant chance it will happen. If the United Kingdom leaves the European Union without a deal Nov. 1, it will automatically cease to be a member of the EU. U.K.-based companies will no longer be regulated under the EU General Data Protection Regulation Ar...
END_OF_DOCUMENT_TOKEN_TO_BE_REPLACED queue Save This

Judicial reforms in Israel are raising concerns in the EU and could impact data flows between the two, CTech reports. Head of the International Department at Norway's data protection authority, Datatilsynet, Tobias Judin said the impending reforms might lead the EU to reconsider Israel's adequacy st...
END_OF_DOCUMENT_TOKEN_TO_BE_REPLACED queue Save This

The IAPP 2023 Global Legislative Predictions preview an expectedly busy year ahead for privacy professionals across Europe. Legislators and supervisory authorities carry various priorities into this year that could bring implications for EU organizations’ approaches to compliance. Join the IAPP Feb....
END_OF_DOCUMENT_TOKEN_TO_BE_REPLACED queue Save This