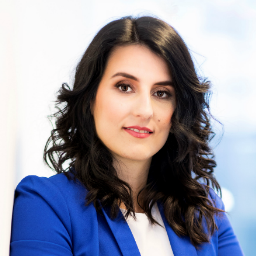 The law regulates the supervisory authority’s composition, authorities and principles of work, as well as specificities related to administrative fines and to the proceedings in front of supervisory authority and administrative courts. The law also provides some specific provisions related to processing of genetic and biometric data, video surveillance, children's data and processing for statistical purposes. Opposite to the Law on Personal Data Protection, which was brought to implement the goals set by Directive 95/46/EZ, the current law does not provide for specific provisions related to data protection officers. Also, there is no longer a provision that data made available to the public by data subject represent the lawful processing basis itself.

The supervisory authority remains the Agency for Personal Data Protection (Cro. Agencija za zaštitu osobnih podataka). It consists of a principal, deputies and expert service. Besides common supervisory authorities’ powers and duties, the new law prescribes the agency’s duty to publish on its website decisions and opinions issued in relation to processing that can cause a high risk for rights and freedoms of individuals. If published opinions or decisions are related to children, their personal data must be anonymised. All other personal data have to be either pseudonymised or anonymised. The agency also publishes on its website final and binding decisions, without anonymisation of the offender’s data, if the decision is brought for data breach committed in relation to data of children, special categories of personal data, automated individual decision or profiling. The decision will also be published if it was rendered against a controller/processor who has already committed a breach of the law or GDPR provisions in the past, or whenever the offender is charged with the amount higher than HRK 100,000.00.

Besides typical agency investigatory powers during the inspections, the law prescribes one restriction. If the agency inspects personal data designated as classified ones according to specific regulations, only those agency’s officers having a specific certificate can have access to those data during the inspection.

The law also brings specificity in relation to charging fees for the agency’s advisory services. While the agency has an advisory function and provides free consultation to data subjects, data protection officers, journalists and public authority bodies, it is, on the other side, authorized to charge for consultations provided to business subjects requesting the consultation within their regular business (law firms, GDPR consultants, etc.). This provision was widely criticized during the public e-consultation. Its retention in the final text of the law was justified by the reasoning that activities of those business subjects will expectedly result in their financial benefit.

There is no legal possibility to file a complaint against the agency’s decision related to data subjects’ rights, but there is the possibility to file a lawsuit in front of the competent administrative court. If the controller or processor were ordered by the agency to erase certain data, they may request from the administrative court a postponement of that obligation if they prove that they would need to put unreasonable efforts into recovering that data afterwards. Would the court adopt such request, the controller/processor must refrain from any other kind of processing (apart from mere retention) of such data until the court issues final and binding judgement.

The law prescribes one derogation from Article 9.2.(a) of the GDPR where the special category of personal data cannot be processed in any case, even not on the basis of data subject’s explicit consent. It refers to processing of genetic data for the purpose of calculation of disease occurrence probability or other health aspects of data subjects within activities related to conclusion or execution of life insurance contracts or pure endowment clauses. The controllers bound by this provision are the ones having business residence or providing the services in Republic of Croatia

In addition, private entities are allowed to process biometric data for several and safe identification of service beneficiaries, but only subject to explicit prior consent given in accordance with the provisions of the GDPR.

The law explicitly confirmed that processing of children's data with residence in Republic of Croatia in relation to information technology is lawful if the child is at least 16, without further derogations and/or setting lower age limits.

State bodies performing official state statistics activities are not required to enable data subjects to exercise the right to access, right to rectification, right to limitation of processing or right to objection in cases when the exercising of those rights would threaten or disable the state body in performing the statistic activities.

Public e-consultations brought a discussion about what should be deemed “other state body,” which would be excluded from the charging of administrative fines. The clear definition of that term was not adopted under the explanation that several laws in Republic of Croatia define “other state bodies” in different ways and with different scopes, due to which there can be no strict and preliminary definition of it.

The law sets quite clear frames for the agency’s powers and duties, for its composition and proceedings it undertakes. On the other side, the legislators did not use a number of the possibilities that the GDPR left to national laws, such as derogations related to data protection officers, specific rules on certification procedure, codes of conduct, etc. However, the rules that are brought, especially the ones related to biometric data processing and exclusion of state bodies from administrative fines, are completely new in comparison to previous Law on Personal Data Protection. Having in mind possible ambiguities implied in those rules, it will be interesting to monitor how they will be applied in practice.

By Coralie Ferreira [CC BY 2.0 (https://creativecommons.org/licenses/by/2.0)], via Wikimedia Commons

In this week’s global legislative roundup, France’s data protection authority fined Google and Facebook up to a combined 210 million euros for cookie violations under the ePrivacy Directive. The Israeli government released a proposal amending and updating the 1981 Privacy Protection Act. And in the ...
END_OF_DOCUMENT_TOKEN_TO_BE_REPLACED queue Save This

The 2022 lookout for EU policy: what you need to know

Digitalization has been a top priority for the European Commission combined with the epochal ‘green’ transition to bring the EU to the forefront of the macrotrends that are reshaping the world economy. As part of that priority, the EU executive put forth an extensive legislative package, which rang...
END_OF_DOCUMENT_TOKEN_TO_BE_REPLACED queue Save This

8
On Dec. 16, 2021, the Joint Parliamentary Committee submitted its long-awaited report to the Indian Parliament after two years of deliberations on the Personal Data Protection Bill, 2019. This is, hopefully, the culmination of a series of extensions provided to the JPC and will pave the way for a st...
END_OF_DOCUMENT_TOKEN_TO_BE_REPLACED queue Save This