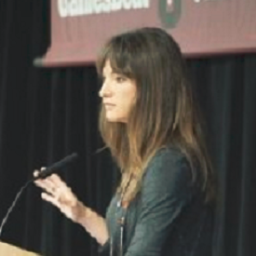 “No matter what happens, don’t panic,” were the words used by hackers just before they hacked a 2014 Jeep Cherokee. It wasn’t your typical hack, where credit card information is stolen, or a denial of service attack is propagated, or a website is taken down. This incident involved disabling the transmission and brakes of a vehicle driving 70 mph. In other words, this is the kind of hack that could take someone’s life.

Car hacks make juicy headlines, but dating back as far as 2007, we saw researchers demonstrate how a generator could be destroyed. In 2014, hackers broke into a German steel mill and prevented a blast furnace from being shut down. As recent as last year, Norse and the SANS Institute released a study revealing 375 U.S. health care organizations were actively compromised between September 2012 and October 2013.

As the Electronic Frontier Foundation recently pointed out, the old security paradigm “felt that human beings were the problem and tech is the solution.” What the internet of things pushes forward is a reversal on the old paradigm that humans are the solution to the problem that technology creates. If we look closer at the human supply chain for the IoT, there are three key players: manufacturers, developers and end users. Here’s how they can advance the future with foresight (rather than the proverbial hindsight):

We are finding that many manufacturers can engineer connected parts but do not have the security staff or experience to protect the features. Automotive and medical device companies release embedded systems with no one on staff to respond to a vulnerability report.

The product cycle typically looks like this: The manufacturers have a limited budget, as with all product releases, their primary goal is user adoption – not security. As the researchers and hackers find security flaws, user adoption is increasing, and the manufacturer has to release a patch or issue a recall. By this time, cybercriminals have an open opportunity to exploit the embedded system or flawed IoT gateway.

Original equipment manufacturers should focus on security from the product design stage, which will involve additional in-house security professionals or dedicated partners. With an average of 25 vulnerabilities per device, interconnectivity demands rigorous protection. One approach to improve the R&D cycle is to generate more revenue from the IoT device in order to invest early in more security checkpoints. One medical device company saw 10 to 20 times the revenue when opting to give a device away for free and charge monthly, moving from charging for IoT products to IoT services. This move helps incentivize the manufacturer to keep the device or embedded system on the market.

Also, to lump all manufacturers together would be a mistake. Many large software companies who have always handled security well will continue to do so – no matter the number of connections or level of proliferation. Apple tends to be a front runner on how they handle security, however, manufacturers can learn to lean more on legacy-level security companies to help test, iterate or secure, post-production, the connections and systems they release. “Leave it to the experts” is as true now as ever.

Nearly 40 percent of large companies, including Fortune 500 companies, are not taking proper precautions to secure the apps they build for customers. On average, large organizations spend $34 million on mobile app development, of which only 5.5 percent is allocated to ensure that mobile apps are secure. Much more attention and focus is given to design even as we see the number of cyber attacks grow. And if those numbers seem shocking, consider that 50 percent of the organizations devote zero dollars to mobile security.

The mobile hackers we see today are able to break into highly valuable data through the insecure app or public WiFi networks. The mobile app hacks of tomorrow are those of embedded automotive IoT systems, flying drones (weighing up to 50 lbs), medical devices and other high-risk devices. Fundamentally, the IoT is about core components such as sensors for measuring temperature or wind speed and actuators to initiate driving a car or injecting insulin. As more and more gateways and apps connect to these core components, especially those in motion such as vehicles and drones, we will have a sudden and urgent need for developers to consider security testing imperative.

The IoT gateway is a device in the field responsible for gathering data from sensors and communicating with actuators. These are installed in homes, control systems and automobiles. One solution is to create a security framework that uses public key cryptography to authenticate communication between remote devices and gateways. This will prevent both data access and also unauthorized signals. Another fix for developers, according to Luca Dazi, who presented at the JavaOne Conference in October 2015, is to employ a framework that uses public-key cryptography to certify new software updates before installation. Lastly, another security step is to generate unique passwords for each device to provide different variants that are combined to generate the master password.

Beyond individual efforts, open source communities also cannot be underestimated. The idea of inviting your peers to help you find the vulnerabilities in your software or app build is quite powerful, and an open source community may be the right antidote for a porous ecosystem of this magnitude.

What responsibility does the end user have, if any?

It would be difficult to rely on end-user education, rather than a push for open standards, protocols and industry organizations playing the role in IoT privacy and security. For instance, when you buy a phone charger, you don’t expect to have to do your own testing to make sure it is safe, you just look for a Underwriter’s Laboratory code on it. The way this would translate into IoT security would be to bake the open standards and protocols into the products as a matter of course, and standard bodies would then make sure the devices comply with security.

As always, end-user trust will be a key differentiator in the IoT marketplace.

Microsoft has launched a new open-source tool mapping ISO's global privacy standard, ISO/IEC 27701, to nine different privacy laws from around the world. The “Data Protection/Privacy Mapping Project,” as it is named, maps ISO/IEC 27701 to the EU General Data Protection Regulation, the California Co...
END_OF_DOCUMENT_TOKEN_TO_BE_REPLACED queue Save This

The Korea Internet & Security Agency has published a set of guidelines for data that is processed through internet-of-things devices. The guidelines recommend privacy-by-design principles to manufacturers as they create IoT devices. It also includes 10 tips for when data is processed, including ...
END_OF_DOCUMENT_TOKEN_TO_BE_REPLACED queue Save This

OneTrust receives $210M in Series B funding, now valued at $2.7B

Privacy management software company OneTrust has closed a $210 million round of Series B funding led by Coatue and Insight Partners. The company estimates it is now valued at $2.7 billion.  OneTrust Vice President of Products Blake Brannon said while the latest round of funding highlights the compa...
END_OF_DOCUMENT_TOKEN_TO_BE_REPLACED queue Save This

On Oct. 21, 2019, the Supreme Court of Georgia answered the question of whether the Fourth Amendment protects a right to privacy in the air bag safety devices installed in vehicles. The court ruled law enforcement violated the Fourth Amendment rights of a driver after they downloaded data from the v...
END_OF_DOCUMENT_TOKEN_TO_BE_REPLACED queue Save This