On Wednesday, representatives from the University of Maryland and Target—organizations that have both suffered large data breaches in recent months—along with the Federal Trade Commission (FTC), Visa and others, testified before the Senate Commerce, Science & Transportation Committee on protecting consumer data and fighting cyberattacks.

Committee Chairman Jay Rockefeller (D-WV), who at times waxed poetic about the broader state of the nation’s infrastructure—from cybersecurity to roads and bridges—had harsh words for Target Vice President and Chief Financial Officer John J. Mulligan, saying the company missed several warning signs leading up to the breach, and that, ultimately, its top executives were to blame. Sen. Richard Blumenthal added, “The best technology in the world is useless,” he said, “unless there’s good management.”

There was agreement, however, among senators and all six of the witnesses that a federal standard for notification was needed in the U.S.

Included among them was University of Maryland President Wallace D. Loh. His testimony, which was at times passionate about the circumstances surrounding his university’s breach, brought to light the events leading up to the intrusion as well as how the university handled its forensics investigation, improved its information security, worked with federal investigators, purged unnecessary information, migrated services to the cloud and promptly notified those affected.

“This is a very important issue,” Loh said.

“Security in a university is very different than the private sector because we are an open institution. There are many points of access because it is all about the free exchange of information.” Loh added, “In the private sector you can centralize cybersecurity. You cannot do that at a university. So we had to find that proper balance between security and access. And that is the challenge for all universities, because, as you know, in the past 12 months, 50 universities have had major data breaches, and not all of them bothered to report it.”

Sophisticated hackers, he said, were able to pierce the school’s central systems and locate the IT management directory to access their passwords to infiltrate and download the Social Security numbers (SSNs) of 310,000 individuals. 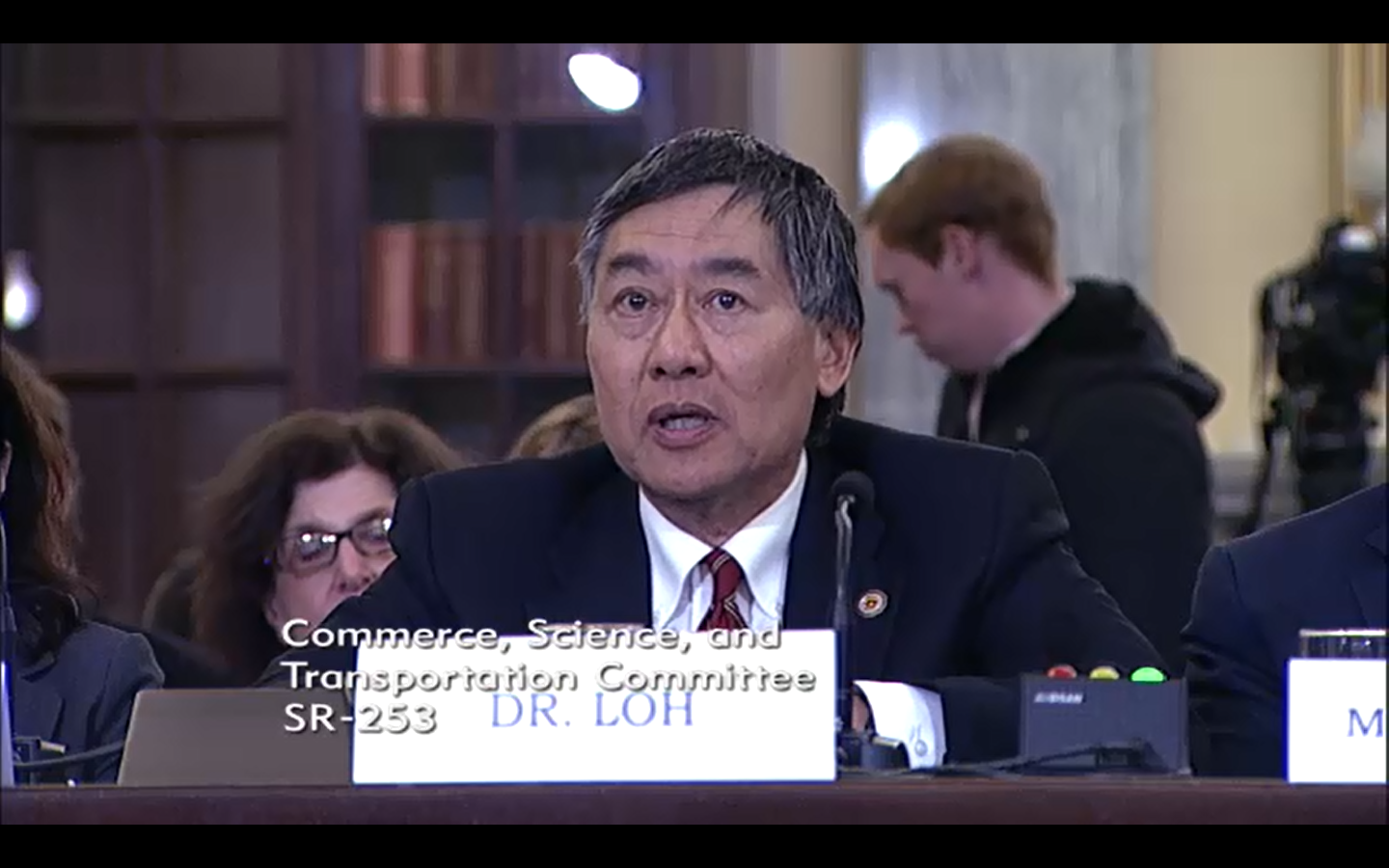 “We had never been hacked before,” Loh testified, “so we were flying by the seat of our pants.”

The university, Loh pointed out, notified those affected within 24 hours, and beyond the traditional standard, victims were offered five years of credit monitoring, something Sen. Edward Markey (D-MA) highlighted in the hearing. Markey asked Target’s Mulligan why his company only offered those compromised one year of monitoring instead of five. Mulligan said, “We found that one year is appropriate,” but added, “We’re not dogmatic about that.”

According to Loh, the costs of having “reasonable measures” of information security ranged from a “few million dollars to $30-50 million,” or approximately $100 per identity stolen.

“It would bankrupt most universities to spend this much money for protection,” he said. One solution offered by Loh was to devalue SSNs by requiring financial institutions to no longer use them. “This could shift some of the risks away from universities,” he added.

The FTC testified on its belief that the agency should play a role in ensuring non-profits have reasonable data security.

FTC Chairwoman Edith Ramirez said, “Our experience shows that companies are underinvesting when it comes to data security and Congress needs to take action for comprehensive legislation addressing data security.” She noted it’s “critically important’ that the agency is given civil penalty authority over non-profits and that non-profits have strong security.

“Under current law,” she testified, “the FTC only has the authority to seek civil penalties for data security violations with regard to children’s online information under COPPA or credit report information under the FCRA.” She said granting the agency authority to seek civil penalties in data security and breach notice violations would be an effective deterrent.

“Likewise,” she added, “enabling the FTC to bring cases against non-profits would help ensure that whenever personal information is collected from consumers, entities that maintain such data adequately protect it.”

Bringing privacy to an organization ‘that’s literally saving the planet’

On a kayaking trip in North Carolina, Michelle Beistle, CIPP/E, CIPP/US, CIPM, and her family came across what she described as “a bridge to nowhere.” It was a pedestrian bridge surrounded on both sides by wooded land that in the early 1980s was facing development when it was purchased by The Nature...
END_OF_DOCUMENT_TOKEN_TO_BE_REPLACED queue Save This

The Washington state House of Representatives failed to advance the Washington Privacy Act Sunday, its last day to pass the bill this session, but its fate is not yet set in stone. While April 11 was the deadline for non-fiscal bills to pass out of the House, sources indicate the chamber is still n...
END_OF_DOCUMENT_TOKEN_TO_BE_REPLACED queue Save This

Respects and tributes are pouring out for longtime privacy professional Kurt Wimmer, CIPP/E, CIPP/US, who died April 2 at age 62 following a bout with cancer. Wimmer most recently co-chaired Covington & Burling’s global data privacy and cybersecurity practice in Washington, D.C., but his overall...
END_OF_DOCUMENT_TOKEN_TO_BE_REPLACED queue Save This