Zomorodi works at WNYC studios in New York City and is the host behind a project called "The Privacy Paradox," a weeklong, interactive challenge for listeners, designed to "take the mystery out of digital privacy" and help them "take back" their digital identity.

The challenge itself lasted for a week in early February, and Zomorodi said tens of thousands globally engaged in it, including colleges, high schools and book clubs. Before starting the challenge, which is still available on-demand via the podcast's site, there's a quiz participants can take to gauge their "privacy personality." But the outcome of that quiz, whether you're a "realist," a "believer" or a "shrugger," is a designation which may change from the beginning of the challenge to the end. That's sort of the idea, anyway.

"We wanted to see: Does their sentiment about privacy change and what about their actions and behaviors does that change, too," Zomorodi said.

Each day, challengers awoke to an email in their inbox containing clickable links encouraging them to learn more about certain activities, then feed their thoughts back to the show. Episodes included, "What your phone knows," featuring well-known infosecurity professional Bruce Schneier; "The search for your identity," featuring reporter Julia Angwin on her investigation into Facebook's privacy practices; and one with World Wide Web creator Sir Tim Berners-Lee, which encouraged listeners to develop their own, unique terms-of-service and define what kind of private information they'd be willing to share and in exchange for what services.

Zomorodi had a sense the challenge would resonate with listeners based on her own personal experiences deciding what kinds of trade-offs she was willing to make in exchange for online services. 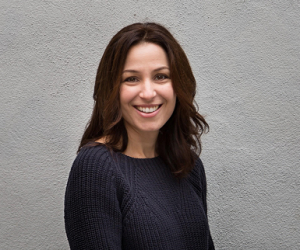 "I knew that every time I went online or I went to download an app, and I got the terms of service, I had these icky moments where I felt gross, and then I clicked 'yes'," she told The Privacy Advisor. She surveyed her audience in December to find out if they'd ever done the same.

"Oh my God did they respond," she said. In fact, some 2,000 listeners responded to an initial survey preceding the challenge, some with very specific examples of how decisions they'd made online had had negative repercussions. Zomorodi specifically recalls a man sharing that he once "was part of a very religious family, and then Facebook changed its privacy settings and revealed to his wife that he was actually part of a private Atheists group, and she divorced him."

The aim of the project was to break down the broad, complicated concept of "online privacy" into smaller, digestible bites and give listeners "real, small actions you can take, so people feel a little more empowered, get used to a little bit of control over their personal information," Zomorodi said.

"I think part of it is this issue of privacy seems so overwhelming to people, especially now in today's political climate," Zomorodi said. "People feel as though the world has gone a little off kilter, so, for me it's like, we must break it down into manageable parts. The issue of privacy has so many angles to it and to try to tackle that in one conversation, you just can't. Or if you do, you just think 'There's nothing I can do about this.' So you have to break it down into smaller angles; real, small actions you can take."

But "The Privacy Paradox's" producers, a team of about three to four, don't purport to have the answers. Their aim, rather, is to connect listeners to the experts who might, such as the Electronic Frontier Foundation, the Electronic Privacy Information Center, the MIT Media Lab, or even Berners-Lee, who Zomorodi went to visit in person when producing that episode of the podcast.

"We're the link between the people who need to know about this and who have been doing a lot on this issue," Zomorodi said. "If anyone's gonna crack this problem, it's probably [Berners-Lee]."

As for Berners-Lee's advice that users decide their own terms-of-service, Zomorodi decided she'll no longer use products that don't allow users to download all of the information that company stores on them.

"That means I'm going to have to change email providers, which I'm getting ready to do," she said. "But that's where I've decided I'm going to draw the line for myself."

In the end, Zomorodi doesn't expect everyone to change their digital privacy practices wholesale, but something might stick. And that's better than nothing.

"We don't think everyone is going to quit Facebook," she said, "but at least that you feel like you know what's happening to your data when you're on there and don't feel taken advantage of. Knowledge is power."

A survey conducted by IDC found 84 percent of U.S. consumers are worried about the privacy of their personal information, Computerworld reports. Of those respondents, 70 percent said their concern is greater today than it was a few years ago. The survey found younger consumers between the ages of 18...
END_OF_DOCUMENT_TOKEN_TO_BE_REPLACED queue Save This

Podcast: This radio-show producer created a game to help consumers get it

After an 18-month investigation into how the Swiss private-sector and government collect and use citizens' data, journalist and radio-show producer Julien Schekter and some of his colleagues decided to do something creative to help the average citizen understand the reality of today’s data-driven ma...
END_OF_DOCUMENT_TOKEN_TO_BE_REPLACED queue Save This

A WIRED investigation has found that some of the most popular dating apps in the U.K. are leaking personal information. "During testing, four of the free apps exposed customer information by not fully securing data sent from the app's owners to customers' phones," the report states. "These were Happ...
END_OF_DOCUMENT_TOKEN_TO_BE_REPLACED queue Save This

We know, there's lots of privacy news, guidance and documentation to keep up with every day. And we also know, you're busy doing all the things required of the modern privacy professional. Sure, we distill the latest news and relevant content down in the Daily Dashboard and our weekly regional diges...
END_OF_DOCUMENT_TOKEN_TO_BE_REPLACED queue Save This