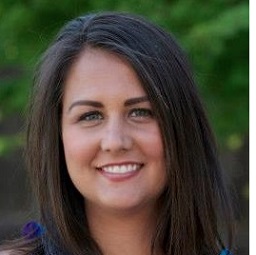 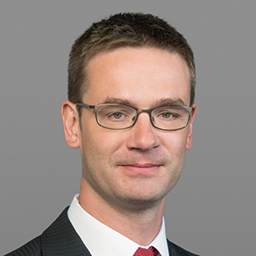 On March 24, the European Court of Justice (ECJ) examined a key question concerning the future of transborder data flows between the U.S. and Europe. The outcome of this case could have wide-ranging ramifications for anyone who transfers data from the EU to the U.S. through the Safe Harbor agreement.

The question posed to the ECJ arose out of the Office of the Irish Data Protection Commissioner’s (DPC) refusal to investigate Austrian student Max Schrems’ complaint to the DPC. Schrems filed his complaint after Edward Snowden leaked U.S. National Security Agency (NSA) documents that depicted U.S.-based Facebook, Inc., as one of several Internet firms forwarding its user data to the NSA for reasons of espionage, national security and other matters. Schrems’ complaint was regarding the transfer of his personal data by Facebook Ireland to Facebook, Inc., where his data could be subject to the mass and indiscriminate general surveillance described in the NSA documents. The DPC's refusal to investigate the matter further was based on the opinion that it was bound by the EU community finding that the Safe Harbor agreement offers adequate protection under EU data protection law.

Questions Referred to the ECJ

The ECJ held its oral hearing on March 24, where Schrems had three main arguments. He argued that mass surveillance constitutes a greater breach than the mere retention of metadata for a short period, which was found invalid in the ECJ case Digital Rights Ireland; that the Safe Harbor Agreement should be invalidated, and that there is an obligation on national DPAs to protect the fundamental right to privacy.

Member states and key EU bodies also intervened to voice their opinions on such an important case. Ireland agreed with its DPC and argued that it is for the European community as a whole to make a decision on what constitutes adequate protection under the Directive, not individual DPAs. The UK argued that DPAs must comply with adequacy decisions adopted by the European community. However, the UK explained that this does not prevent DPAs from determining whether a specific transfer fails to offer adequate protection, even if it is generally covered by an adequacy decision.

Counsel for the European Parliament argued that DPAs have the power to assess compatibility with fundamental rights in individual instances. Furthermore, Parliament stressed that the U.S. does not offer adequate data protection—noting “systematic inefficiencies”—and argued that the Safe Harbor agreement should be suspended. Alternatively, counsel for the European Commission argued that DPAs have no power to suspend the Safe Harbor agreement. The commission’s counsel referenced the proposed data protection regulation as the best tool to address Safe Harbor concerns.

Questioning by the Court

Questioning by the advocate general and the judge rapporteur surrounded the adequacy of the Safe Harbor framework itself. The majority of the questioning was directed at the counsel for the European Commission. The advocate general wanted to know how the commission ensures adequate protection for data subjects when counsel for the commission admitted during the oral proceedings that he cannot confirm whether there are adequate protections set in place by the Safe Harbor agreement to uphold the fundamental right to data protection. In response, the commission referred to its renegotiations on the Safe Harbor agreement as the best way to combat any issues with it. The advocate general then asked what an individual Facebook user like Schrems might do while awaiting the renegotiations on the Safe Harbor agreement. The European Commission responded that concerned users should close their Facebook accounts and revoke their consent.

Why Is This Case Important?

The ECJ may invalidate the Safe Harbor agreement. Ultimately, the ECJ can rule in one of three ways.

First, the court can agree with the Irish DPC and rule that DPAs are bound by the Safe Harbor agreement. This will leave things at the status quo.

With the potential invalidation of the Safe Harbor agreement, companies may be forced to enter into new arrangements regarding how they transfer data between the EU and the U.S. Important adequacy mechanisms businesses should consider adopting in the face of Safe Harbor agreement uncertainty include binding corporate rules, model clauses or individual consent from each of data subjects. Companies may want to explore these options so as to prepare themselves in advance of any ruling to ensure adequate data privacy measures are allocated.

The ECJ's advocate general will give his opinion on the case on June 24.

On Wednesday, German data privacy commissioners will meet in Berlin for their annual conference to discuss whether the Safe Harbor agreement between the EU and the U.S. should be scrapped, ZDNet reports. The meeting will allow German regulators to voice ongoing frustration over the lack of reform fo...
END_OF_DOCUMENT_TOKEN_TO_BE_REPLACED queue Save This

Late last week, Max Schrems, the Austrian law student who began Europe-v-Facebook and has seen his suit against the Irish DPA regarding Facebook's handling of his data forwarded all the way to the European Court of Justice, posted a somewhat cryptic tweet: #ECJ hearing on #SafeHarbor / #PRISM (C-...
END_OF_DOCUMENT_TOKEN_TO_BE_REPLACED queue Save This

If there’s one hot-button topic bound to get privacy professionals paying attention, it’s Safe Harbor. The controversial program (in the EU, anyway) is the foundation by which thousands of companies move data across international borders. And yet it is constantly under fire, especially following the...
END_OF_DOCUMENT_TOKEN_TO_BE_REPLACED queue Save This

A Deep and Dangerous Dive Into Safe Harbor

It’s no secret that Safe Harbor has been under fire from critics in Europe for some time—particularly since the initial Snowden disclosures in 2013. In some respects, it’s highlighted the tensions between the EU and U.S. regarding privacy and data protection. With a “growing discomfort with Sa...
END_OF_DOCUMENT_TOKEN_TO_BE_REPLACED queue Save This

In a case that could have huge implications for trans-border data flows between the EU and U.S., the European Court of Justice is set to begin adjudication Tuesday on whether U.S. technology companies like Facebook can send EU citizens’ personal information to the U.S. via frameworks like Safe Harbo...
END_OF_DOCUMENT_TOKEN_TO_BE_REPLACED queue Save This