“I’m not quite sure how it got to be 10 years to begin with,” says Peggy Eisenhauer, CIPP/US, author, lawyer, “Darth Privacy” and owner/founder of Privacy & Information Management Services (PIMS). It’s the global privacy firm’s 10th birthday this month. Eisenhauer decided to celebrate 10 years in business through philanthropy, donating to 10 U.S. nonprofits of her choosing.

“I wanted to give back," she said.

She hunted for 10 organizations across the country that, like her own, were global in perspective while firmly rooted in their local community.

“I wanted to find nonprofits where my clients were located … that reflected the different priorities that the people I work with have,” she said, eventually choosing organizations like OxFam in Boston, MA, Project Innocence in New York and the Bat Conservation International in Texas. “I just hope it was a way to give back and say thank you." 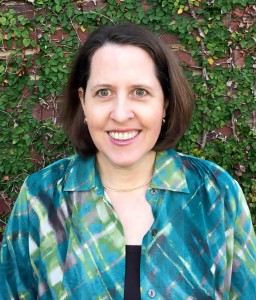 While others would spend the milestone throwing a party and hunting for high-fives, Eisenhauer doesn't have time for that.

“Everything’s just so busy," she said.

It wouldn’t quite be a landmark celebration without just a teensy bit of reminiscing, however. For that, Eisenhauer goes back to the beginning, telling the PIMS origin story with such nonchalance it’s easy to think that the transition from privacy practice leader at Hunton & Williams to architect of a successful, now decade-old organization is an uncomplicated and near-effortless achievement.

Near the beginning of her career the privacy field,  she said, the EU's Data Protection Directive "was in effective but wasn’t yet inactive. The very end of ’98." The lack of available privacy laws and resources made it a "great time to start a privacy firm,” and the siren call of having a bit more autonomy in the field she loved inspired a change. “I decided ... I wanted a bit more flexibility … so I spun off and created my own law firm.”

And that was that.

While her overarching privacy philosophy—which inspired her site’s title—has long been that “privacy is an art, not a science,” Eisenhauer still makes time to tackle clients’ business-processing problems with the inquisitive, unrelenting attitude of a scientist. “I want to know, How does it work? Can we build it?" she said, laughing, "I’m like the 'Bob the Builder' of privacy.”

While there's much to be said for staying alive in the same industry for a decade, even with a dedicated and passionate energy, the privacy world is nothing if not constantly changing. Her secret to saying consistent is, in part, her practicality, she said.

“I think that’s why people love me—I’m grounded in business,” she said. “I am very process-oriented─I know what clients can do and clients can’t do.”

When talking PIMS's accomplishments, however, she is loath to bask in self-adulating platitudes. Instead, she name-drops colleagues—and even competitors—from the privacy field that she feels have been inspiring, helpful and supportive, highlighting especially the “all stars” she works with in her day-to-day who do “fabulous work.”

And she's equally passionate about her clients.

“I’m not an overly modest person, generally, but I found (I was named the) National Law Journal Cybersecurity Trailblazer—I just don’t pay attention,” she said. “But what really touched me … was that I was nominated by a former client of mine. The fact that she thought of me in that was just … I didn’t have to win it. But the fact that she nominated me was phenomenal.”

What keeps her satisfied? Client satisfaction is high on the list.

“I really feel like I made my clients happy," she said. "I feel like I made the world a better place because my clients take my advice and use my advice,” she says, adding that a lot of her success has been because of the collaborative nature of the field, citing a Chinese proverb: "The rising tide raises all boats."

"I’ve been lifted. We’ve all lifted each other up," she said. "The secret is I have good friends.”

What does the future hold? “It’s really hard to imagine. I’m really happy with what I’m doing,” she replies. She is sure of one thing—she hopes to pay it forward in an industry she is quick to repeatedly refer to as collegial by encouraging privacy up-and-comers with wisdom and guidance. “I’d like to help leave a legacy of good mentoring,” she says.

“I’m really satisfied,” she continues. “It is like the least sexy career in the world … but it suits me.”

On July 1, the regulations implementing the California Consumer Privacy Act required companies that process large volumes of data about Californians to publicly post metrics regarding data subject requests. While many companies have processed DSRs for years under the EU General Data Protection Regul...
END_OF_DOCUMENT_TOKEN_TO_BE_REPLACED queue Save This

Privacy dynamics and the quest for convergence and commonality

Privacy law has propagated impressively around the globe since the United States enacted the world’s seminal statutes, namely the Fair Credit Reporting Act in 1970 and federal Privacy Act of 1974. While growth of the field has been steady, it has also been amazingly dynamic, both internationally and...
END_OF_DOCUMENT_TOKEN_TO_BE_REPLACED queue Save This

While growth of the privacy field has been steady, Sidley Austin Partner Alan Charles Raul also considers it to be "amazingly dynamic" on both international and domestic levels. "'Privacy' is not only growing in scope, importance and geographic footprint, it is also the subject of increasing head-of...
END_OF_DOCUMENT_TOKEN_TO_BE_REPLACED queue Save This

The Wall Street Journal reports the U.S. Securities and Exchange Commission reached a $10 million settlement with App Annie, a mobile applications analytics company, in relation to allegations of insufficient disclosure of data practices. It's the first enforcement action against a provider of alter...
END_OF_DOCUMENT_TOKEN_TO_BE_REPLACED queue Save This

The California Consumer Privacy Act regulations require companies that process large volumes of data about Californians to publicly post statistics regarding data subject requests, a first-of-its-kind provision among privacy laws around the world. The Clorox Company Director of Legal Ben Kimberley a...
END_OF_DOCUMENT_TOKEN_TO_BE_REPLACED queue Save This