Lindsey Greig, the founder of global compliance service DataGuidance and the Data Protection Intensive that begins tomorrow, died this weekend at the age of 63.

Greig served as DataGuidance’s chief executive officer until March of this year. A long-time member of the privacy community, he spoke frequently on privacy and data protection issues, including many IAPP events, and was a Fellow of the Ponemon Institute. 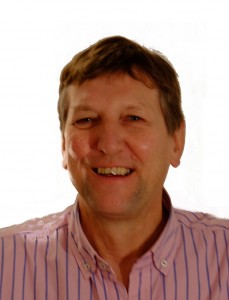 David Longford, who succeeded Greig as DataGuidance’s CEO just last month, said, “Aside from being an inspiring entrepreneur and a pioneer in providing global information to privacy professionals, Lindsey was above all a great guy and a true friend to so many people. He was a leader, an innovator, thinker and a great listener. His grace and good humour touched all of us.”

Hogan Lovells’ Eduardo Ustaran, who serves on DataGuidance’s U.S./UK panel of experts, said, "Lindsey was a good friend and everything that an entrepreneur should be about—he had the vision, the leadership and that amazing ‘everything-is-possible' attitude that made him a such a great guy. We had so many chats about privacy ideas and projects! His legacy for the privacy world is unquestionable and anyone who worked with him will acknowledge what a privilege that was.”

Rita Di Antonio, who served as editor at DataGuidance under Greig, said, "Lindsey was a friend and a mentor. I owe him so much personally, and I have no doubt that the privacy community feels the same. He was a great man, a great entrepreneur and a great privacy pro. He will be sorely missed."

He is survived by his wife, Hannah, and two daughters, Phoebe and Rebecca.

On June 3, 2021, the U.S. Supreme Court released its opinion on the case Van Buren v. United States. The opinion provides clarification regarding how the Supreme Court interprets the 1986 Computer Fraud and Abuse Act, particularly the “exceeds authorized access” language in Section 1030(a)(2). Altho...
END_OF_DOCUMENT_TOKEN_TO_BE_REPLACED queue Save This

U.S. President Joe Biden and European Commission President Ursula von der Leyen have put pen to paper on the establishment of a new EU-U.S. Trade and Technology Council, pledging to foster greater synergies in areas including artificial intelligence, green tech, and security. But on the key issue of...
END_OF_DOCUMENT_TOKEN_TO_BE_REPLACED queue Save This

Fallout from the July 2020 Court of Justice of the European Union’s “Schrems II” decision has washed over privacy professionals in waves. The current wave — a host of recently launched investigations and enforcement actions related to data transfers — could be tidal. Whether it is or not will depend...
END_OF_DOCUMENT_TOKEN_TO_BE_REPLACED queue Save This

Getting acclimated with updated SCCs

The release of new standard contractual clauses for the facilitation of data transfers was not a surprise in EU data protection circles, but it certainly wasn't something professionals could necessarily brace for. Since the European Commission's announcement June 4, professionals have tried to dige...
END_OF_DOCUMENT_TOKEN_TO_BE_REPLACED queue Save This

A trans-Atlantic discussion on 'surveillance-based advertising'

Whether they are signing a child up for soccer league, registering themselves for tennis lessons or purchasing an item online, “people are being tracked everywhere they go,” said Congresswoman Lori Trahan, D-Mass. “The bottom line is that consumers are completely unaware of how they are being track...
END_OF_DOCUMENT_TOKEN_TO_BE_REPLACED queue Save This