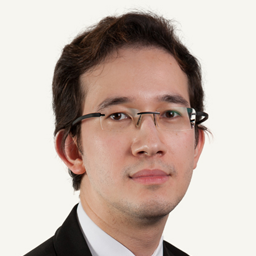 On June 30, the U.S. Federal Trade Commission announced that an operator of data centers, RagingWire Data Centers (now known as NTT Global Data Centers) settled FTC allegations that it misled consumers about how it participated in the EU-U.S. Privacy Shield Framework and failed to adhere to the program’s requirements.

Now, some of you may be thinking that this is probably just another typical enforcement action relating to an inaccurate statement about the company's participation in the Privacy Shield Framework. The FTC has indeed initiated enforcement actions against dozens of companies that made false or deceptive representations about their Privacy Shield participation and in this case, one of the FTC's complaints does indeed raise an allegation to that effect. However, this case deserves a closer look due to the unique specificities of the facts, as well as the FTC's focus on some of the other (often-overlooked) Privacy Shield Framework requirements.

First, the company had contended that any alleged misrepresentation about its compliance with the Privacy Shield Framework “was not and could not have been material to RagingWire’s customers” because of the unique nature of its business, that is, the operation of data centers.

In particular, the company claimed that "it is in the business of providing physical spaces to house servers owned and operated by its customers, and that RagingWire is not itself in the data business and does not have access to data on its customers’ servers." Because the company "simply provides physical locations to house servers" for customers, it argued that Privacy Shield compliance was and could not have been material to its customers, on the basis that customers cared more about the physical security of its locations, the resilience and redundancy of its systems, and the physical location of its data centers.

However, the FTC responded that the company's misrepresentations were, in fact, material because the company had made "express false claims" that it complied with and had certified its adherence to the Privacy Shield Framework. In addition, the statements made by the company were material according to the FTC because these statements related to the customers’ legal obligations under European data protection law and the Privacy Shield Framework.

According to the FTC, the company had stated between January 2017 and October 2018 in the privacy policy available on its website that it “complies with the EU-U.S. Privacy Shield Framework as set forth by the U.S. Department of Commerce regarding the collection, use, and retention of personal information from European Union member countries.” The FTC further alleges that the company made similar statements in marketing and sales materials. However, the FTC contends that even though the company initially participated in the Privacy Shield framework (and its predecessor, the Safe Harbor Certification program), it later allowed its Privacy Shield certification to lapse in January 2018. Despite two warnings from the U.S. Department of Commerce, the FTC contends that the company did not revise its privacy policy or its marketing materials to change the statement about its Privacy Shield participation.

Secondly, another interesting element of this case is that the FTC examined the company's practices and compliance while the company was still officially a Privacy Shield participant (i.e., during the January 2017–18 period). The FTC contends that during that period:

As a reminder, in accordance with Supplemental Principle 7 of the Privacy Shield Principles, companies are required to have procedures in place to verify the accuracy of the attestations and assertions made about their Privacy Shield practices. To meet this verification requirement, companies must verify the attestations and assertions either through self-assessment or outside compliance reviews. In the case of a self-assessment, the statement verifying the self-assessment "must be signed by a corporate officer or other authorized representative of the organization at least once a year and made available upon request by individuals or in the context of an investigation or a complaint about non-compliance."

In addition, Principle 7(a)(i) of the Privacy Shield Principles requires, among other things, that companies participating in the Privacy Shield Framework provide “readily available independent recourse mechanisms by which each individual’s complaints and disputes are investigated and expeditiously resolved at no cost to the individual and by reference to the Principles.” Supplemental Principle 11(a) further specifies that participating companies may comply with Principle 7(a)(i) by using a qualifying private-sector program.

Finally, the FTC alleged that the company did not properly withdraw from the Privacy Shield Framework.

So if your company relies on Privacy Shield, what are the key points you should take away?

Not all commissioners agreed with the decision. In a dissenting statement, Commissioner Rohit Chopra expressed the view that while a quick settlement may be appropriate when dealing with a small firm for an inadvertent mistake, his view is that a settlement, in this case, would be inappropriate due to the size of the firm and the fact that "a core pillar of Privacy Shield" was at issue. According to Chopra, "there was clear evidence of reliance" from customers on the company's representations in relation to privacy "as a prerequisite for purchasing." Accordingly, Chopra indicated that, in his view, a "more appropriate settlement would include redress for customers, forfeiture of the company’s gains from any deceptive sales practices, or a specific admission of liability that would allow its customers to pursue claims in private litigation."

Photo by ipse dixit on Unsplash

1
In one of the most highly anticipated court cases in data protection, the Court of Justice of the European Union announced via Twitter Thursday that case C-311/18 — Facebook Ireland and Schrems — will be delivered July 16. The so-called "Schrems II" case will decide whether standard contractual clau...
END_OF_DOCUMENT_TOKEN_TO_BE_REPLACED queue Save This

Dozens of senior U.S. and EU government officials gathered at the National Press Club in Washington last week for the Privacy Shield annual review. They were joined by officials from data protection authorities in Austria, Bulgaria, France, Germany and Hungary to discuss whether the three-year-old f...
END_OF_DOCUMENT_TOKEN_TO_BE_REPLACED queue Save This

The U.S. Federal Trade Commission announced a finalized settlement with Ortho-Clinical Diagnostics over falsified EU-U.S. Privacy Shield participation. The medical devices and services provider claimed it was Privacy Shield certified despite a lapse in certification in 2018. The FTC voted 4–0–1 on t...
END_OF_DOCUMENT_TOKEN_TO_BE_REPLACED queue Save This