Albert Gidari remembers speaking at a conference on Internet law in 1995. He was there to talk about privilege and confidentiality in cyberspace and why attendees need not be afraid to use email. He remembers it being really the first of its kind, and looking out across the audience and seeing 3,000 people who didn't understand technology, that feared it and who, because of that, wanted to immediately try and regulate it. And in that, he saw an opportunity. From prior experience, he knew that in the absence of rules, government tends to step in and fill that vacuum. 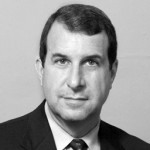 "And that's not always the right way," Gidari said. It was then he decided to pursue a career in which he could play a role in developing the policy arguments that would allow this nascent business market, known as the Internet, to take off and change everything.

That was then. Twenty-years later, Gidari recently took a job as director of privacy at Stanford Law School's Center for Internet and Society. It's quite a change, having spent more of his career at Perkins Coie. But he says the time was right for him to go.

"Frankly, I'm no longer needed," he laughed. "We have a very large group at Perkins Coie. They are very good at what they do, so I know with confidence the clients will be served. And now I can have some fun working on consumer privacy issues and more of the surveillance policy issues that I enjoy, but that you don't get to do a lot of day in and day out."

He describes life in private practice as what he imagines it's like being a tennis pro, constantly standing in front of a tennis-ball projector. "It's lobbing one more ball over the net every minute, and you just want to swat them back."

At Stanford, Gidari will serve as the center's public face on consumer privacy and data protection. He'll teach a class on privacy at the law school and he'll work with the broader privacy community. He's looking forward to being able to play more with the consumer perspective than he necessarily was available to in private practice.

"I think the consumer perspective has been integral to the discussion thus far, and will continue to be a big part of the work I do," he said. "Privacy is a multifaceted problem, but we only talk about it in terms of the bad guys. We talk about the online harasser or the government who needs [the data]. But somewhere in between there's a larger group of people who's data is accessible and at risk."

He's interested in learning more about that group and helping to be part of the solution.

Looking at his resume, it's not hard to imagine Gidari playing a role in finding answers to some of the most complex issues facing modern society. Shortly after that Internet law conference, he started as an attorney for McCaw Cellular. He dealt with issues newspapers' and government collection and monitoring of information from analogue cellphones.

"From there, my practice just exploded, and it became this full-time, around-the-clock thing where no one knew what ECPA (the Electronic Communications Privacy Act) was or how the Wiretap Act applied online or to the privacy of users," he said. "So from then on, I started working extensively with online providers and all the telecommunications companies and academic institutions. It became really just a fascinating journey through the government's efforts to get access."

While the devices may have evolved since, many of the issues remain the same, as anyone paying attention to the headlines would agree.

For his part, Gidari said he wasn't ready to let go of the uncertainty surrounding ECPA. If he had to, he said, he would have found a way to work on ECPA reform in his retirement. But when a friend told him about the Stanford position, it seemed like the "perfect platform to finish the work I'd been doing for a long time."

He doesn't see himself ever getting bored, either. The law won't ever catch up to technology, so there will always be imbalances left to sort out.

"We do have a recognizable cycle here," he said. "New tech launches, civil society reactions, the government says its going dark, we accept it and reload and repeat. Those processes of fear, loathing and acceptance is really what privacy is all about."

Not wanting to be left behind, the Alberta government announced this week it is consulting on modernizing its privacy laws. It hopes the input “… will help strengthen and modernize privacy protections and may contribute to new or updated policies, processes or legislation.” So, not very committal, ...
END_OF_DOCUMENT_TOKEN_TO_BE_REPLACED queue Save This

Hello privacy pros, Here in Australia, Melbourne is coming out of its fifth strict lockdown after a resurgence of the delta variant of the coronavirus, and Sydney remains in lockdown with an even greater outbreak. Wherever this note finds you, I hope you are staying safe. ZDNet reports the Office ...
END_OF_DOCUMENT_TOKEN_TO_BE_REPLACED queue Save This

On June 15, the Office of the Privacy Commissioner of Canada released the results of the “2020-21 Survey of Canadians on Privacy-Related Issues.” The goal of the OPC's research was to better understand how Canadians grasped and perceived privacy-related issues as well as what their general awareness...
END_OF_DOCUMENT_TOKEN_TO_BE_REPLACED queue Save This

On June 15, the Office of the Privacy Commissioner of Canada released the results of the “2020-21 Survey of Canadians on Privacy-Related Issues.” Between November and December 2020, a 14-minute random digit dialing telephone survey was administered to 1,502 Canadian residents 16 years or older. The ...
END_OF_DOCUMENT_TOKEN_TO_BE_REPLACED queue Save This