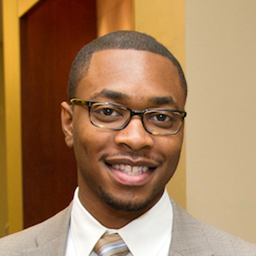 Tomorrow, the U.S. Supreme Court will hear oral arguments in two cases—United States v. Wurie and Riley v. California—to decide the constitutionality of warrantless searches of cellphones incident to arrest. The lower courts are split on this issue. The Fourth, Fifth, Seventh and Tenth Circuits as well as the supreme courts of Georgia, Massachusetts and California allow search-incident-to-arrest (SIA) of cellphones using various standards. The First Circuit, and the supreme courts of Florida and Ohio, however, have ruled the SIA of cellphones illegal.

Because the myriad and nearly ubiquitous web-connected technologies today did not exist when much of Fourth Amendment doctrine was established, the privacy stakes in these cases are high. As the oft cited cliché goes, the law has not kept pace with technology. Wurie and Riley present an opportunity for the court to update Fourth Amendment law to reflect the widespread use of advanced technologies.

Background: The Fourth Amendment and the SIA Exception

To fully understand the importance of the court’s decisions in Wurie and Riley, a basic understanding of the Fourth Amendment and the SIA exception is necessary. The Fourth Amendment protects individuals from unreasonable searches and seizures by requiring that police obtain a search warrant before conducting a search or seizure. Accordingly, any search performed without a warrant is considered per se unreasonable unless an exception applies.

The framework courts employ today to analyze the SIA exception is derived from the following cases: Chimel v. California, United States v. Robinson, United States v. Chadwick and Arizona v. Gant. Taken together, these cases demonstrate the courts reliance on the twin rationales: officer safety and preservation of evidence, to balance the government’s interest in crime investigation and society’s interest their privacy. The court has explained that the SIA exception gives police officers the latitude to disarm arrestees and confiscate evidence without running afoul of the Fourth Amendment.

Although the SIA exception allows police to search an arrestee, it does not always permit a search of the items seized. Police officers’ authority to conduct an SIA is limited by the court’s decisions in Chadwick and Gant. In Chadwick, the court explained that there is little justification for a search once an officer gains exclusive control of an item seized. Additionally, in Gant, the court further explained that the warrantless search of a car incident to arrest is only justified where the arrestee is unsecured and the passenger compartment is within the arrestee’s grab area or there is reason to believe the car contains evidence of the offense of arrest. Both Chadwick and Gant underscore the court’s primary rationale for the SIA exception—preservation of officer safety and preventing the destruction of evidence.

Pending Before the Supreme Court

Under suspicion of selling drugs, Brima Wurie was arrested and taken to the police station where officers seized two cellphones found in his pockets.  At the station, one of the cellphones rang repeatedly, and the officers noticed that Wurie had received several calls from a caller listed on the caller ID as “My house.” To retrieve the number associated with “My house,” the officers opened the phone. Then the officers used the number to locate his home address and ultimately found cocaine, marijuana and a firearm in his apartment,which led to his conviction.

The U.S. District Court for the District of Massachusetts found the search of Wurie's cellphone reasonable under the SIA exception to the Fourth Amendment and denied a motion to suppress the evidence. Wurie appealed and the U.S. Court of Appeals for the First found that the evidence should have been suppressed and reversed the lower court's holding.

Immediately after being arrested for carrying concealed and loaded weapons, David Riley was searched and the police seized his smartphone. The officers conducted a search of Riley’s cellphone at the scene and later at the station. During the course of their searches of the phone, the officers accessed the contacts, messages, pictures and videos to find evidence linking Riley to a gang. A picture the officers found on the phone of Riley, which connected him to a gang shooting, was used in court; Riley was ultimately convicted and sentenced under a gang enhancement.

The California Superior Court ruled that a police officer can seize and search the contents of an arrestee’s cellphone incident to an arrest without any warrant or probable cause. The Superior Court’s ruling was affirmed by the California Court of Appeal based on the recent California Supreme Court decision, People v. Diaz. In Diaz, the court held that the search of cellphone incident to an arrest is permissible under the Fourth Amendment, when the cellphone is immediately associated with the arrestee’s person.

What’s at Stake?
The Supreme Court’s decisions in Wurie and Riley will have important policy implications that extend well beyond 4th Amendment law and the SIA doctrine. The ruling that the court hands down in these cases will not only clarify the permissible behavior of police officers with regard to cellphone searches incident to arrest, but it will also set the standard of the privacy interest that citizens have in their cellphone, or more generally, their digital data. In deciding these cases, the Supreme Court will ultimately opine, either explicitly or implicitly, on whether an individual’s expectation of privacy in their cellphone data is reasonable, and thus deserving of 4th Amendment protection. Or, put another way, the court will comment on whether an individual’s expectation of cellphone data privacy is outweighed by the government’s interest in accessing the data as related to a criminal investigation.

In the era of the Internet, individuals are creating massive amounts of digital data about themselves—much of which is stored on portable electronic devices like cellphones, mp3 players and tablets. If the court does decide that individuals have no reasonable expectation of privacy in the information stored on their cellphones or if the expectation of privacy in one’s cellphone is outweighed by the government interest in criminal investigations, it will render massive amounts of personal data vulnerable to government intrusion.

Further, the NSA’s mass surveillance program brought much public attention to individual privacy rights. As result, citizens now have a heightened awareness of their right to privacy from government intrusion and are likely to be very sensitive to any reduction of that right. Interestingly, the Supreme Court accepted the petitions to hear these cases the same day President Obama defended the NSA’s electronic surveillance program and announced changes to the way intelligence agencies access phone records. Wurie and Riley represent a pivotal moment for individual privacy rights, and we are all anxiously waiting to see which way the pendulum will swing.

The EU's DMA and DSA: Why this should be of interest to privacy pros

At the recent IAPP Data Protection Congress 2021 in Brussels, Editorial Director Jedidiah Bracy, CIPP, reported on pending data-related legislation. He noted the EU General Data Protection Regulation is not the only statute privacy professionals dealing with the EU need to be familiar with. Many of ...
END_OF_DOCUMENT_TOKEN_TO_BE_REPLACED queue Save This

A flurry of draft digital regulations are under consideration by EU institutions. Privacy professionals are tuned in on a majority of these proposals and already considering their effects, but IAPP Senior Westin Research Fellow Jetty Tielemans opines that drafts for the Digital Markets Act and the D...
END_OF_DOCUMENT_TOKEN_TO_BE_REPLACED queue Save This

The European Commission announced a provisional agreement with European Parliament and the Council of the European Union to move forward with the EU Data Governance Act. The proposed legislation creates a framework to help companies or individuals share data securely. European Commission Executive...
END_OF_DOCUMENT_TOKEN_TO_BE_REPLACED queue Save This

Comprehensive data protection laws exist around the world, and more are expected to come into play. While each law is different, there are many common threads around rights, obligations and enforcement provisions. The IAPP Westin Research Center recently updated its chart mapping several comprehensi...
END_OF_DOCUMENT_TOKEN_TO_BE_REPLACED queue Save This