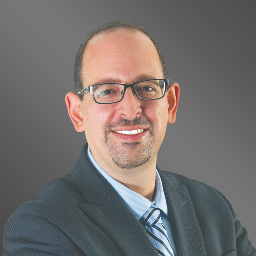 I often think about a song – which, if you grew up in the 1970s or the 1980s, you probably remember – from School House Rock called "I’m Just a Bill." It would play each Saturday morning and explained, at breakneck tempo, the legislative process:

Of course, in the world of data privacy, the normal legislative process – draft legislation; a committee to discuss, debate, and hold hearings to perfect language and consider unintended consequences; equal consideration by the companion legislative branch; floor debate; and finally the enactment of a thoroughly considered statute – feels more like the exception than the rule.

The process by which the GDPR was created sits on one extreme.

The collective thoughts of hundreds of privacy experts from those bodies ultimately influenced the European Data Protection Supervisor to provide, in 2015, a final recommendation for the text of the GDPR, and the final agreement of the European Parliament, the Council, and the European Commission was achieved a year later on April 27, 2016.

The final version of the GDPR provided a two-year grace period during which the Article 29 Working Party (and later the European Data Protection Board) issued new guidance, or ratified prior guidance – which collectively culminated in thousands of pages of interpretative guidance for businesses prior to the GDPR going into effect in May of 2018.

Ultimately, from start to finish, the GDPR took six years to come into being – four years to draft (2012 – 2016) and two years to implement (2016 – 2018). It also benefited from the input of hundreds of privacy experts, who pressure tested, discussed, and vetted each of its 99 Articles and 173 preambles. People can (and do) have strong opinions about the GDPR, but nobody can say that it is not a polished regulation.

The processes by which the CCPA and the CPRA were created was completely different. For DC Comics fans, you could consider them the Bizarro-worlds of the GDPR.

In 2017, a California real-estate-developer-turned-privacy-advocate filed a ballot initiative for a state privacy law. The ballot initiative which was refiled and amended several times was ostensibly based upon portions of the GDPR, but, there is no indication that it was drafted by an attorney, let alone one familiar with data privacy.

During that time, it is not clear if any legal privacy experts (as opposed to privacy advocates) reviewed, revised or opined on the text of the statute. While subsequent amendments in 2018 and 2019 tweaked the language, the amendments mainly corrected grammatical errors and typos, doing little to modify the substance of the original text.

The only real overhaul came in 2020 when the same California real-estate-developer-turned-privacy-advocate filed a second ballot initiative. No legislative compromise intervened that time around and, ultimately, the ballot initiative led to the enactment by referendum of the CPRA, and its large-scale amendment of the CCPA. People can (and do) have strong opinions about the CCPA, but nobody can say that it is a polished statute.

While the CCPA and the CPRA had an entirely different process for coming into being as the GDPR, at the end of the day they are related; if not sisters, perhaps distant cousins. So much of the verbiage, intent, structure, and ultimately ideas, found within the CCPA was borrowed from — sometimes excerpted from — the GDPR.

The net result is that to truly understand and interpret the CCPA and the CPRA requires an understanding of the complex regulatory scheme that they were trying to emulate – the GDPR – as well as an acceptance of the fact that the CCPA is not that regulatory scheme, did not go through the same vetting process and may not always lead to the same interpretations and legal conclusions.

As we start a new year, we are already seeing new proposals for state and federal legislation such as the New York Data Accountability and Transparency Act and the Washington Privacy Act of 2021, and most recently, Virginia Senate Bill 1392 and House Bill 2307. Some of those proposals are arguably reminiscent of the early drafts of the CCPA with typos, undefined terms and references to phantom sections that don’t exist.

Before jumping behind any proposal, we should take a step back and remember the remarkably different lineage of the GDPR and the CCPA, and consider whether the best process for creating good privacy legislation lies somewhere between those two regimes.

While it should not take six years to create privacy legislation, it should not be rushed and pushed through without careful consideration and planning, which often does involve a multi-year process.

Photo by Ryan Chu on Unsplash

Editors note: This piece is the sixth in a ten-part series covering the operational impacts of the California Privacy Rights Act. The California Privacy Rights Act aims to provide a continuing level of protection for personal information as it flows from covered businesses to third parties, service...
END_OF_DOCUMENT_TOKEN_TO_BE_REPLACED queue Save This

What's ahead for US state privacy legislation in 2021? A conversation with David Stauss

With 2020 finally in the rearview mirror, 2021 looks like it will be filled with potential data privacy legislation in the U.S. Of course, front and center right now resides the Washington Privacy Act, but the Pacific Northwest state isn't the only one in play. So far, legislation has been proposed ...
END_OF_DOCUMENT_TOKEN_TO_BE_REPLACED queue Save This

State Legislatures across the U.S. are making privacy a priority out of the gate in 2021. The number of states with proposed privacy legislation up for consideration continues to grow, including bills in Washington and Virginia that are already seeing movement. While the track of the Washington Pri...
END_OF_DOCUMENT_TOKEN_TO_BE_REPLACED queue Save This

Is the third time a charm for the Washington Privacy Act? 2021 will tell as a third version of the proposed legislation is before the Legislature. Last week, the Senate Committee on Environment, Energy & Technology passed the 2021 proposal, Senate Bill 5062, by a 12–1 vote. This third iteration...
END_OF_DOCUMENT_TOKEN_TO_BE_REPLACED queue Save This