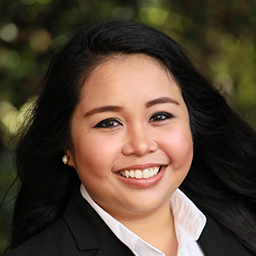 Since 2016, healthcare has been a key emerging user of big data, attributable to the rise of consumer wearable device products by companies like Fitbit and Apple, which provide researchers access to large volumes of biometric data, which can then be used to test hypotheses on nutrition, fitness, disease progression, and treatment success, to name a few. The wearable technology industry is a fast-expanding industry projected to generate $34 billion by 2020.

Why consumer-generated health data collected by wearables should be protected

Wearables have social benefits for both users and companies. They benefit users because wearable devices and accompanying apps and programs entice users to share health information and to actively engage in managing their personal health and wellness. Wearables benefit companies because they  present opportunities for advancing business interests. For example, recent advances enabled measurement of a person’s health and biological reaction to environmental stimuli, allowing more accurate inferences about a person’s emotional condition. In turn, this data could be used for business applications, like emotional marketing.

Second, some consumers are skeptical of wearables, fearing they could harm their interests. For example, the rise in integration of wearables with other technology such as digital assistants, smart home devices and even automobiles represents a level of increased connectivity that gives hackers more portals from which to harvest enormous amounts of personal data. The security of consumer-generated health data from wearables is important because identifying the individual to whom the data belongs, either by a single piece of information or by triangulation and combination of information through intentional or erroneous disclosure, risks consumer interests. For example, insurance providers might use data from wearables to price insurance or to infer the user’s suitability for credit or employment (e.g., a conscientious exerciser is a good credit risk or will make a good employee).

Third, unauthorized, unintentional or overreaching use and dissemination of personal information creates potential regulatory liabilities for manufacturers and developers of wearables. For example, in the U.S. alone, wearable device companies could be subject to federal and state regulations.

Balancing the potential for using consumer-generated data from wearables to benefit society, widespread consumer concerns about the privacy and security of data in wearables, and the risk of exposure to liability under different regulatory frameworks, data protection should be a key consideration for manufacturers and developers of wearable technology.

Relevant regularity frameworks for the wearable technology industry are in flux. Even so, wearable device companies should still consider current federal and state regulatory frameworks pertinent to health data. At the federal level, companies should consider the FD&C Act, HIPAA, and the FTC Act, among others. At the state level, regulation could vary per jurisdiction.

The FD&C Act protects consumers against unlawful medical devices, defining a “device” as an “instrument ... intended for use in the diagnosis of disease or other conditions, or in the ... treatment, or prevention of disease.” Ultimately, whether something is a medical device turns on whether the manufacturer intends it to be used for a medical purpose not “achieved through chemical action or by being metabolized by the body.” The FDA does not classify wearables as a medical device within the FD&C Act, referring to wearables in a 2016 guidance document as low-risk general wellness products that the FDA does not intend to actively regulate. Hence, it is unlikely wearables will have to comply with the FD&C Act’s premarket review and post-market regulatory requirements. Also, though medical devices that can be used much like a consumer wearable may be regulated for safety and efficiency by the FDA, it does not set privacy standards.

HIPAA, or the Health Insurance Portability and Accountability Act, which gives individuals rights over their health information, provides limited protections for the data harvested by wearable device companies that collect, analyze and share health data, which are treated as non-covered entities outside the scope of HIPAA. Wearable technology companies are unlikely covered by HIPAA, which impacts covered entities and business associates, given wearables directly engage with consumers without providing healthcare services or reimbursement for healthcare services.

Second, wearable technology companies are also unlikely implicated under secondary use of health data, which, unlike primary use, is the use of personal health information beyond direct healthcare delivery (e.g., research and health promotion). PHI is “individually identifiable health information held or transmitted by a covered entity or its business associate, in any form or medium.” Because data collected by wearables is consumer-generated and not from covered entities or business associates, it likely does not qualify as secondary use of health data.

The FTC Act, enforced by the Federal Trade Commission, pursuant to its Section 5 authority, prohibits companies from engaging in deceptive or unfair acts or practices, including failing to comply with an entity’s own privacy policy, among others. This authority extends to HIPAA and non-HIPAA covered entities, making the FTC Act the primary federal statute applicable to the privacy and security practices of non-covered entities collecting health information.

The FTC brings legal actions against organizations that violated consumers’ privacy rights or misled consumers by failing to maintain security for sensitive information. Thus, wearable device companies should keep consumers abreast on how it treats consumers’ information. For example, most wearables require user log-in credentials to access apps or online platforms on multiple devices to manage a customer’s data. This cross-device tracking associates multiple devices with the same user by linking a user’s recorded activities across various electronic devices (e.g., smartphones, laptops). Yet, in 2017 the FTC reported “[c]ompanies do not appear to be explicitly discussing cross-device tracking practices in their privacy policies,” finding only three out of 100 policies explicitly mentioned enabling third-party cross-device tracking. Because most wearables involve cross-device tracking, manufacturers and developers should be cognizant of data privacy and security representations they make for both the wearable device itself and any accompanying apps and programs.

In sum, wearable technology companies likely have greater liability exposure under the FTC Act and should refrain from misleading or deceiving consumers about how consumers’ health data is being utilized and shared. The FTC recommends that, at minimum, entities should be transparent about data collection and use practices; provide choice mechanisms that give consumers control over their data; provide heightened protections for sensitive, including health, information; and maintain reasonable security of collected data.

Though most wearable devices fall outside federal regulatory frameworks, they could still be subject to state consumer protection laws and other state-level regulatory frameworks, which vary per jurisdiction. For example, though HIPAA sets a baseline for protecting health data, states are empowered to enact stricter health privacy laws that provide privacy and security beyond what is protected or required by HIPAA. California, for one, attaches HIPAA-like data protection responsibilities to “health data custodians who are not health care providers.” Accordingly, though most wearable device companies have limited exposure under HIPAA, the same may not be true under pertinent state laws. Thus, wearable device companies should be cognizant of state laws that apply to their products and operations.

Lines have been drawn for some time now regarding where U.S. lawmakers are willing to go with preemption provisions in the proposed American Data Privacy and Protection Act. Those lines were defined back in 2019, and lawmakers' willingness to cross them for a compromise is still a tall task neither ...
END_OF_DOCUMENT_TOKEN_TO_BE_REPLACED queue Save This

A new era of children’s privacy rules has arrived. New laws focusing on the safety and mental health of kids and teens will have wide-ranging implications for the design of digital systems. California’s Age-Appropriate Design Code Act, which will go into effect July 1, 2024, is the first law in the ...
END_OF_DOCUMENT_TOKEN_TO_BE_REPLACED queue Save This

On Sept. 2, Ireland's Data Protection Commission issued a landmark decision concerning the processing of children’s data in connection with the Instagram social media service. The decision, issued to Meta Platforms Ireland Limited (Facebook Ireland Limited at the time of commencement of this inquiry...
END_OF_DOCUMENT_TOKEN_TO_BE_REPLACED queue Save This

New York’s Attorney General Letitia James is a longtime public servant who has regularly and repeatedly shown her commitment to protecting consumer rights and privacy. James began her legal career as a public defender for the Legal Aid Society before becoming an assistant attorney general. In 2013, ...
END_OF_DOCUMENT_TOKEN_TO_BE_REPLACED queue Save This

In the past several months, China has witnessed some key regulatory developments in its cross-border data regime. This is evidenced by the promulgation of the long-awaited Measures for Security Assessment of Outward Data Transfer with the effective date of Sept. 1, the release of a new set of TC260 ...
END_OF_DOCUMENT_TOKEN_TO_BE_REPLACED queue Save This