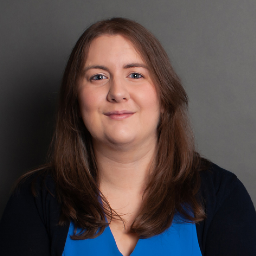 In September 2021, the Department for Digital, Culture, Media and Sport consulted on the future of U.K. data protection law. DCMS published its response to this consultation, and a first draft of the new bill is expected imminently.

DCMS recommends several changes to U.K. law. None represents a total overhaul in approach — the U.K. will retain “U.K. General Data Protection Regulation,” its existing Data Protection Act and its existing ePrivacy regulations, along with most of their existing provisions. Some changes are relatively minor tweaks intended to resolve perceived uncertainties. Others are more substantial, especially those to accountability requirements and the U.K. Information Commissioner's Office powers and priorities.

These proposals can broadly be grouped as changes to:

We have summarized these proposals below; color coding shows the degree of change these represent for an organization’s compliance:

DCMS suggests that removing specific accountability requirements will contribute to “£1 billion in costs savings” by reducing the business burden. Despite this lofty prediction, the proposals do not promise a wholesale reduction in administrative burden.

For businesses with a U.K.-only base, these changes could prove helpful. Much will depend on how the “risk-based approach” translates to legislation and how the ICO chooses to apply it. Those caught by the EU GDPR will likely continue to look to EU requirements to try and meet their U.K. obligations. The government predicts “organisations that are currently compliant with the UK GDPR would not need to significantly change their approach to be compliant with the new requirement.” An area of apparent divergence relates to privacy personnel: The EU GDPR frequently requires a DPO, who must be independent and free from conflicts of interest; by contrast, DCMS will require a “senior responsible individual.” Based on the proposals, it seems unlikely that the same individual could realistically perform both privacy roles for organizations caught by both requirements.

The proposed higher threshold for breach reporting, which would have offered a clearer reduction in burden, is one of the few measures dropped from the original consultation.

Reuse of data and research

DCMS proposes “clarifications” of the existing law: “scientific research” will be defined and provisions dealing with research reorganized to aid understanding. Rules around further use of data will also be clarified — it is not clear what this will involve. More than any other section of the proposals, the devil will be in the details of the drafting.

Where consent was the original legal basis, DCMS proposes that further processing for research should only be permitted in “very limited circumstances.” This may be restrictive for organizations reliant on consent, which cannot be refreshed — for example, where contact details are no longer held or where data is only held in pseudonymous form. This seems more likely to restrict research than offer encouragement.

More helpfully, DCMS proposes to extend the disproportionate effort exemption under Article 14 to data collected directly from data subjects. This will only be available for further processing carried out for research. A number of respondents had flagged concerns here, particularly in the area of longitudinal studies where pseudonymization and the combination of multiple data sets make it nigh impossible to re-contact data subjects.

The government has shied away from more radical proposals on subject access, particularly on imposing either U.K. Freedom of Information Act-style cost ceilings or nominal fees. Instead, DCMS will introduce a replacement threshold for rejecting or charging for a data subject access request, which will block “vexatious or excessive requests.” In the leading case of Information Commissioner v. Devon County Council & Dransfield in the Upper Tribunal, the judge emphasized the term "vexatious" needed to be interpreted “in the particular statutory context of FOIA, rather than in legislation generally.” Given the apparent importance of a statute’s specific context, it is not clear how importing the lengthy jurisprudence on vexatious requests for public access to public data will prove useful to controllers handling complex and expensive DSARs often brought by disgruntled employees. A lot will rest on ICO guidance and application — much like it does today.

Proposals to widen existing exemptions under Article 49 to repetitive transfers and allow organizations to identify their transfer mechanisms outside of Article 46 have been dropped.

DCMS still proposes to amend requirements on assessment of other countries’ laws and safeguards under Article 46, to ensure these can be done more “pragmatically and proportionately” and to change the process for the U.K.’s adequacy assessment of third countries. There will be a continued insistence on high standards, but when met, the value in facilitating transfers with a particular country could be considered under DCMS’s proposals.

Almost all of the changes proposed to the U.K.’s ePrivacy regime have survived consultation. These are mostly self-explanatory. A number of ministers and backbenchers longing for an imminent end to cookie banners, however, will need to wait and choose their websites carefully for this to become a practical reality.

A move to an “opt-out” model for cookies — trumpeted in DCMS’s press release — will only happen “when government assesses that (browser based and similar) solutions are widely available for use.” This may take longer than the expected lifespan of third-party cookies as behavioral advertising tools. In any event, this model will not be available for sites caught by the Age Appropriate Design Code. In the short term, consent will not be needed for certain “non-intrusive” purposes, such as analytics.

The government narrowed its proposal to create a list of legitimate interests for which no legitimate interest assessment would be needed. This offers the possibility to reduce the documentation burden of important processing, such as safeguarding children or preventing and detecting crime.

The government is also considering further proposals to extend or adapt existing grounds in Schedule 1; i.e., allow more processing of special category data where this is in the substantial public interest.

The government’s consultation proposed reducing the burden of compliance on artificial intelligence innovation and ensuring fairness in machine learning. Many of these proposals have been dropped or moved to a proposed white paper on AI governance.

DCMS will still introduce a condition to explicitly permit the use of special category data for bias detection and correction. Article 22 will also be reframed to offer safeguards rather than its current prohibition of certain automated decisions. It is unclear from the proposal whether this amendment will be made now or wait for the envisioned white paper.

Some of the most substantial proposed changes are to the structure and priorities of the ICO. These will not necessarily lead to a big impact on the internal compliance obligations for businesses processing personal data — and so aren’t listed in our table above — but would impact the guidance and strategic focus of the ICO. In particular, the government proposes to:

A majority of the consultation's respondents raised concerns with these proposals, particularly concerning the impact they might have on the ICO’s perceived independence from the government. These proposals may well be the main focus of EU adequacy concerns.

The government is expected to move promptly to issue draft legislation in July. Once published, the passage of legislation through the Houses of Parliament leaves an opportunity for organizations to lobby for changes to the proposals and seek additional clarification and guidance on their impact.

Photo by James Giddins on Unsplash

The United Kingdom's post-Brexit reform of its data protection laws took another step forward Friday with the government's final response to its data consultation. Initially launched September 2021 under "Data: a new direction," and opened to public comment for ten weeks, the final response features...
END_OF_DOCUMENT_TOKEN_TO_BE_REPLACED queue Save This

Since becoming U.K. Information Commissioner, John Edwards has been busy. Officially taking the reins Jan. 4, Edwards embarked on a listening tour to learn the ins and outs of the U.K. The former New Zealand Privacy Commissioner gave his first major public speech since heading up the ICO at the IAPP...
END_OF_DOCUMENT_TOKEN_TO_BE_REPLACED queue Save This

The UK data policy and possible divergences with the European Union

In December 2020, the British government presented its national data strategy, outlining its ambition to unlock data value and promote responsible growth by reducing the administrative burden on technology innovators and digital entrepreneurs. The strategy prompted concerns in Brussels that the new...
END_OF_DOCUMENT_TOKEN_TO_BE_REPLACED queue Save This

On Aug. 11, the U.K. Information Commissioner's Office launched a consultation on data transfers. The consultation is relevant to anyone who transfers personal data from the U.K. or who provides services to U.K. organizations. The consultation asks whether it would be helpful for the ICO to approve ...
END_OF_DOCUMENT_TOKEN_TO_BE_REPLACED queue Save This

The U.K. government unveiled its National Data Strategy. The strategy includes plans to create 500 data analyst jobs and launch a 2.6 million GBP project “to improve systems for detecting and addressing online harms.”...
END_OF_DOCUMENT_TOKEN_TO_BE_REPLACED queue Save This