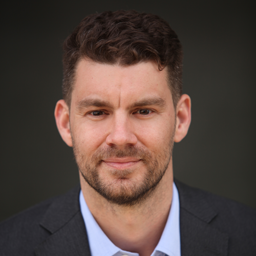 A controversial anti-terrorism law now being deliberated in the People’s Republic of China (PRC) is raising concerns among global technology companies.

Under the draft law, telecommunication and internet services providers (or Internet services providers—ISPs, see textbox below for clarification) would be required to install government-accessible “backdoors” and provide encryption keys to public security authorities for any data stored on their servers. The law also requires ISPs to locate their servers and store all PR.-collected user data in China, thereby providing the government the capability to access a wealth of private data, including corporate documents stored on a PRC-based cloud server, and an individual’s personal email or chat logs. If enacted, the law would allow law enforcement personnel to examine such data so long as a terrorist threat were deemed to exist.

President Obama has criticized the technology provisions of the draft law, stating in a recent Reuters interview that the Chinese government would “have to change [the law] if they expect to do business with the United States.” Chinese officials have responded by noting that any government access is limited to law enforcement purposes, in keeping with “general practices internationally,” and essential for national security.

Following international complaint, it appears that China has backed off from plans to promulgate the law during the National People’s Congress now being held in Beijing. China’s Foreign Ministry, however, reports that “deliberations of the draft are still ongoing,” and it looks likely that some form of the law will be passed this year. Companies with operations in China would be wise to familiarize themselves with the present draft, as its provisions are instructive for understanding the future direction of China’s Internet policy.

A note on terminology: “ISP” is used here to refer both to “telecommunication service operators” and to “Internet service providers” (dianxin yewu jingyingzhe and hulianwang fuwu tigongzhe). While the former term is generally used to refer to the operators of China’s backbone telecommunications networks, such as China Telecom, the latter term has appeared in only one government regulation: the “Provisions on the Technical Measures for the Protection of the Security of the Internet.” In that regulation [Chinese], which went into effect March 1, 2006, “Internet service providers” are defined as “work units that provide users with Internet access services, Internet data center services, Internet information services, and Internet web services.” Although it is unclear how broadly the term will be interpreted in any final draft of the anti-terrorism law, it does seem likely that it will cover most providers of online content or services, including cloud computing providers, email providers, mobile messaging tools such as Tencent’s popular WeChat, or those foreign technology firms such as LinkedIn or Evernote licensed to do business in China.

Although the Anti-terrorism Law is broad in scope, the specific provisions most relevant to ISPs are contained in the law’s Articles 15 and 16. These provisions place the following major requirements on ISPs:

First, terrorist groups centered in China’s far-west Xinjiang province have carried out a series of attacks against government and civilian interests over the last two years, including mass knifing attacks at train stations in Kunming and Urumqi and the crashing of a Jeep into a group of pedestrians in Tiananmen Square. Attacks by China’s minority Uyghur population on government authorities and ethnic Han Chinese have increased, though specific details of these attacks are generally unattainable given ongoing media restrictions in Xinjiang province.

China’s Anti-terrorism Law is, foremost, a response to these recent acts of terror. From the Chinese point of view, the law is necessary to ensure the safety and security of its citizens, and to prevent any form of social instability that may pose a threat to continued economic development or Party rule.

Second, the draft law’s focus on technology reflects the Party’s increased attention to cybersecurity following Edward Snowden’s allegations of global U.S. government surveillance. China has vociferously defended the draft law at recent press conferences, indicating that the law’s technology requirements are a reasonable response to the current international situation. At one press conference, Chinese officials made a veiled reference to an “other country’s” recent hack of private encryption keys; a not-so-subtle reference to recently published allegations that U.S. and British intelligence had hacked into a private company and obtained the encryption keys to millions of SIM cards used around the world. In a world of such threats, China believes it is justified in seeking clear legal mechanisms to protect and safeguard its national security.

Although it is unclear what shape the draft law will take in its final form, its current provisions are instructive for understanding the direction of China’s Internet policy. If passed, the law could have three major effects on global technology.

Chinese officials have indicated that the draft law will not be finalized at the current annual meeting of the National People’s Congress, but may be picked up by the Standing Committee and promulgated later this year.

Potential Counterterrorism Law Could Be “Disaster” for Tech Firms

A parliamentary body in China has read a second draft of a proposed “far-reaching counterterrorism law that would require technology firms to hand over encryption keys and install security ‘backdoors,’ a potential escalation of what some firms view as the increasingly onerous terms of doing business...
END_OF_DOCUMENT_TOKEN_TO_BE_REPLACED queue Save This

Writing for Lexology, Hogan Lovells partners Mark Parsons and Peter Colegate argue that “there are reasons to believe that 2015 will represent a turning point for [Asia] as established privacy regimes are toughened and new regimes enacted in recent years begin to mature.” The article provides a broa...
END_OF_DOCUMENT_TOKEN_TO_BE_REPLACED queue Save This

MIT Technology Review reports Big Tech companies haven't yet provided a defined stance on how or if they'd respond to requests by U.S. law enforcement for personal data related to abortions. The publication reached out to Google, Meta, Reddit, TikTok and Twitter seeking information on their notices ...
END_OF_DOCUMENT_TOKEN_TO_BE_REPLACED queue Save This

More than 10 U.S. health care systems were breached during a cyberattack of Seattle-based MCG Health, affecting up to 1.1 million patients, HIPAA Journal reports. MCG Health, a subsidiary of Hearst Health, is facing multiple class-action lawsuits as a result of the breach, during which an “unauthori...
END_OF_DOCUMENT_TOKEN_TO_BE_REPLACED queue Save This