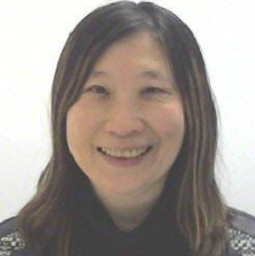 Service providers, be afraid. Be very afraid. Especially (but not only) if you're an IaaS/PaaS cloud provider.

Data controllers, be prepared. Your service providers (if well-advised) will want to negotiate or renegotiate your contracts.

Why? The General Data Protection Regulation (GDPR). This would make service providers and other data processors directly liable, across the European Economic Area (EEA), for security and certain other data protection-related matters. The EU institutions, each with their own version of the text and currently in horse-trading trilogue negotiations, aim to agree and adopt the GDPR by the end of 2015. That's not far off, in the scheme of things, although there should be a two-year lead time before the GDPR takes effect (directly) in all EEA Member States.

What's the big difference? Under the current Data Protection Directive, only data controllers—not processors—have obligations and liabilities under data protection laws in most member states (although in a few, such as Ireland, processors do have direct liabilities under national implementing laws).

When you think about what processors do, it seems like this would mean just a few new obligations, right? Not necessarily. Thing is, there are major differences between the European Parliament's and Council of Ministers' texts—including regarding Article 77, compensation for any person who's suffered damage as a result of processing that's not compliant with the GDPR (Council's version) or unlawful processing or “action incompatible with” the GDPR (Parliament).

Under Parliament's text, that person has the right to claim compensation from the processor for the damage suffered, if they wish. If more than one “controller or processor” is “involved,” each is jointly and severally liable for the entire amount of the damage, unless they have an “appropriate written agreement” determining responsibilities “pursuant to Article 24.”

So there are two points here. Firstly, a processor could get sued—even if the damage was the controller's fault—and the processor would then have to try to claim from the controller. There's no allocation of liability based on fault at all; indeed, the Commission, which proposed the original GDPR, intended liability to be strict because the policy aim was to ensure that the affected individual can get compensation in full, from whoever.

Secondly, Article 24 applies only to joint controllers, so what's a poor processor to do? Become a controller, so that it can negotiate an Article 24 agreement with the “real” controller to allocate responsibilities according to fault? That doesn't seem right to me, and I'd suggest this is a drafting glitch on the part of Parliament.

What about the Council's text? It would certainly be better for processors. But here's where you'll have to indulge me (or look away now). Some heavy lifting on Chapter VIII (remedies, liabilities and sanctions) happened within the Council internally in late 2013, see here, here and here.

Then nothing for ages. The 16 March 2015 version of Article 77 was identical to the one in the December 2014 version of the Council's draft text (which echoed Parliament's in imposing joint and several liability, but at least “without prejudice to recourse claims between controllers and processors”). However, there was then a sudden flurry of Council activity on Chapter VIII in late March-May 2015. (I'd like to think that maybe my talk of 9 March in Brussels on cloud providers and GDPR might have played a small part in triggering another look at Chapter VIII, who knows...)

At least a processor which has paid “full compensation” for the damage would be entitled to claim back a share from other controllers and processors involved, “corresponding to their part of responsibility for the damage” (Article 77(5)). But working out who's responsible for what part of the damage won't be easy. We don't know yet whose approach will prevail in trilogue. But processors will certainly want detailed liability allocation and indemnity provisions in their contracts with controllers.

Thanks to @mcanning for a hint on the title.

Read about specific issues and requirements related to jurisdiction, processor obligations and liabilities, use of sub-processors, grandfathering as well as the potential effect this will have on cloud computing, in Hon’s full report here.

“With cloud computing, many fear losing control. True, supply chains may be complex … However, users can retain control in cloud computing—depending,” writes cloud computing expert Kuan Hon in this Privacy Tracker post. Using examples of the evolution of the EU Data Protection Directive and cases fr...
END_OF_DOCUMENT_TOKEN_TO_BE_REPLACED queue Save This

This series of four articles by Kuan Hon and Prof. Christopher Millard of Queen Mary University of London explore the challenges of cloud computing in the EU. Articles include 'Personal Data' in Cloud Computing - What Information is Regulated? The Cloud of Unknowing, Part 1; Who is Responsible for '...
END_OF_DOCUMENT_TOKEN_TO_BE_REPLACED queue Save This

Lines have been drawn for some time now regarding where U.S. lawmakers are willing to go with preemption provisions in the proposed American Data Privacy and Protection Act. Those lines were defined back in 2019, and lawmakers' willingness to cross them for a compromise is still a tall task neither ...
END_OF_DOCUMENT_TOKEN_TO_BE_REPLACED queue Save This

A new era of children’s privacy rules has arrived. New laws focusing on the safety and mental health of kids and teens will have wide-ranging implications for the design of digital systems. California’s Age-Appropriate Design Code Act, which will go into effect July 1, 2024, is the first law in the ...
END_OF_DOCUMENT_TOKEN_TO_BE_REPLACED queue Save This