Facial recognition technology, whether you’re a friend or foe, has a robust future, something clearly on display during the National Telecommunications & Information Administration’s (NTIA) March 25 multi-stakeholder meeting on creating a code of conduct for the technology. With the NTIA still in the gathering and learning stage, the meeting featured presentations from technology experts, some industry representatives and the Federal Trade Commission (FTC).

Whether for authentication, identification or other uses, the technology’s complex integration into daily business—including banking, healthcare, transportation and social media—and rapid evolution pose a challenge for stakeholders in coming up with a focused  and agreeable code of conduct. Carried over from the last meeting, stakeholders submitted use cases to help flesh out where the concerns and benefits reside for crafting a code. 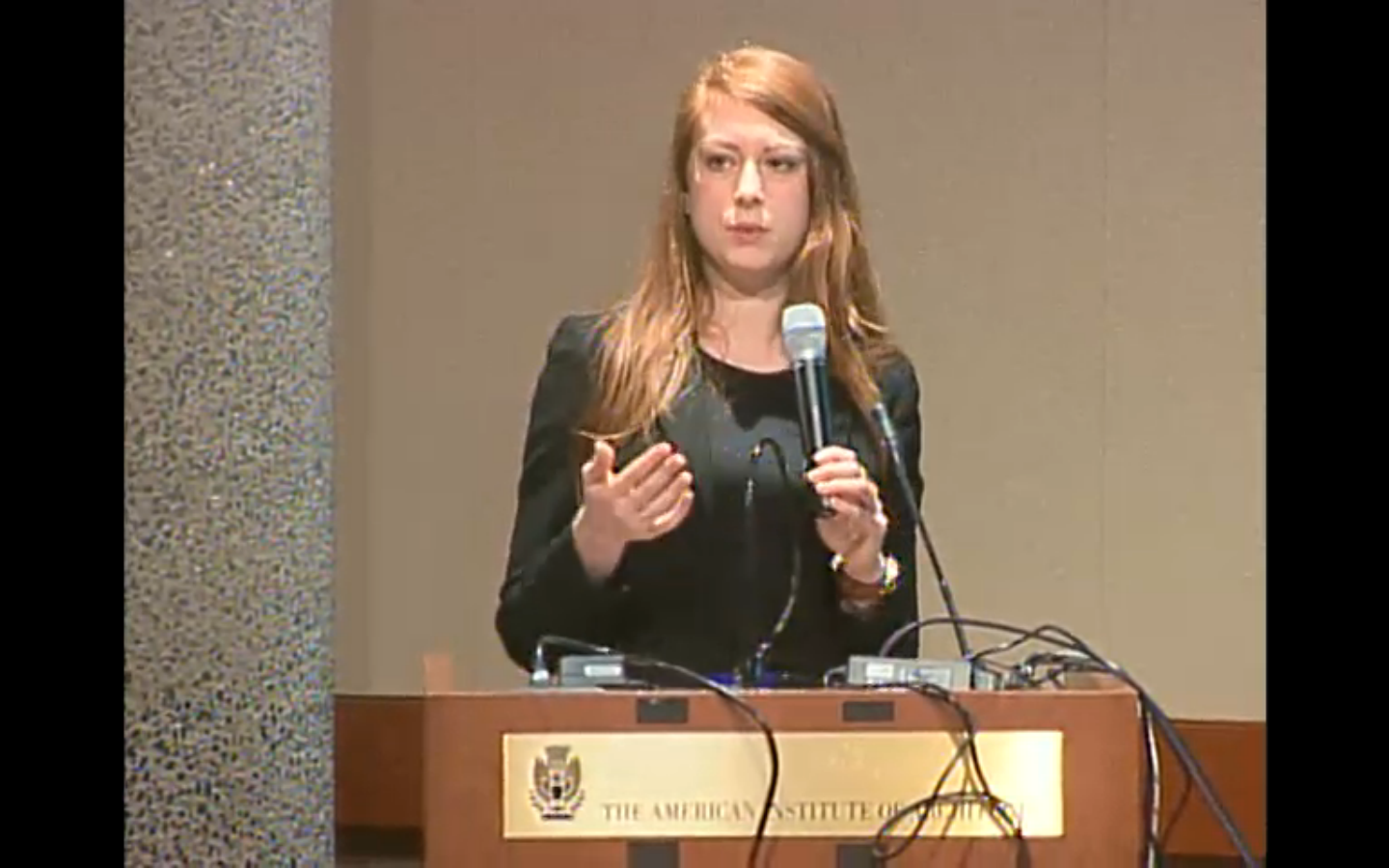 IBG's Olga Raskin presenting at the NTIA meetings on Tuesday.

Carnegie Mellon researcher Alessandro Acquisti led off the proceedings discussing his work in the field and the potential linkages made possible by facial recognition between the online and offline worlds. IBG’s Olga Raskin presented on the processing abilities of facial recognition, including detection, cropping, recognition, grouping and tagging.

“Online facial processing,” she noted in closing, “is improving and impressive.”

FTC Staff Attorney Amanda Koulousias also went over the agency’s facial recognition report, culled from a roundtable held in 2011, a number of multi-stakeholder comments and underpinned by its 2012 staff report. The FTC was clear that it is not trying to affect the NTIA proceedings but did express hope the multi-stakeholder process will eventually provide an enforceable code for the FTC under the deceptive prong of Section 5.

On Wednesday, stakeholders were also asked to call in for a conversation with Gwendal Le Grand, head of the CNIL’s IT Experts Department, to discuss the Article 29 Working Party’s work on facial recognition technology.

Stakeholders seemed to have difficulty agreeing on how best to go about prioritizing and collectively analyzing the use cases, but most agreed that a short three- to five-minute presentation on a use case by each willing stakeholder would be helpful moving forward.

The Center for Digital Democracy’s Jeffrey Chester reignited calls for Google and Facebook to appear at the next meeting to present their use of facial recognition. Both declined calls to present at Tuesday’s meeting.

With a quick turnaround and a load of use cases to go over, the group decided to cancel the next meeting, originally scheduled for April 8, and instead convene on April 29.

United Nations Commissioner for Human Rights Michelle Bachelet called for a moratorium on the sale and use of artificial intelligence systems that threaten human rights and a ban of AI applications that do not comply with international human rights law. The UN Human Rights Office published a report ...
END_OF_DOCUMENT_TOKEN_TO_BE_REPLACED queue Save This

On July 1, the regulations implementing the California Consumer Privacy Act required companies that process large volumes of data about Californians to publicly post metrics regarding data subject requests. While many companies have processed DSRs for years under the EU General Data Protection Regul...
END_OF_DOCUMENT_TOKEN_TO_BE_REPLACED queue Save This

South Australia plans to expand a pilot of its COVID-19 Home Quarantine SA application as the country’s borders re-open, InnovationAus reports. A trial is being conducted of the app that uses facial recognition and geolocation to confirm an individual’s identity and whereabouts. “I think it’s a grea...
END_OF_DOCUMENT_TOKEN_TO_BE_REPLACED queue Save This

The U.K. National Health Service COVID-19 application is collecting and storing facial verification data under a contract with technology provider iProov, the Guardian reports. iProov and NHS said the biometric data is anonymized, but it is unclear how long it is stored. In addition to recording a v...
END_OF_DOCUMENT_TOKEN_TO_BE_REPLACED queue Save This

Italy’s data protection authority, the Garante, approved the use of body cameras in critical situations, like events or demonstrations, by the Ministry of the Interior — Department of Public Security and the General Command of the Carabinieri. The DPA said the data must be deleted after six months. ...
END_OF_DOCUMENT_TOKEN_TO_BE_REPLACED queue Save This