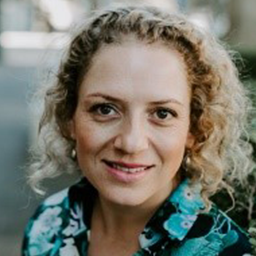 With Anna away this week, it is my opportunity to wish you all a happy new year. On behalf of iappANZ, we hope that you had an enjoyable festive season and welcome you back to another year of privacy, no doubt continuing to fascinate and challenge as always.

One of the big themes of this week’s digest is surveillance.

In the Australian context, the government’s proposed Telecommunications (interception and Access) Amendment (Data Retention) Bill 2014 continues to make headlines—most recently because of the insufficient time and poor consultation effort displayed in asking on Christmas eve that telcos provide their best implementation estimates by 9 January. The government has previously said it would make a substantial contribution to the costs of storing customer Internet and phone metadata for two years. Previous estimates have pegged the scheme somewhere in the vicinity of $100 million to $400 million, depending on what data is required to be retained. A federal parliamentary committee is due to report on the proposed legislation by 27 February, and amongst other things, will look at the cost impact of the proposed scheme.

Under the arrangement, some of the metadata telcos would be required to hold includes:

The response from the public to the proposed laws is not surprising in light of global interest and debate over the data collection programs of the NSA as well as increased broader concern about the erosion of privacy in the wake of the high-profile leaks and hacks of the past year. Perhaps public distain is so high because of the double whammy the proposed scheme appears to strike: that our private information will be misused and that our private space will be intruded upon, both of the types of privacy invasion recognised by the ALRC.

Surveillance continues to make headlines in the U.S. with The New York Times reporting that NSA phone data collection could go on even if Congress allows a law on which it is based to expire this year. And a survey conducted by the PEN American Center has found that a significant majority of writers are deeply concerned with government surveillance, with many reporting that they have avoided or considered avoiding controversial topics in their work or in personal communications as a result. Writers surveyed included fiction and non-fiction writers and related professionals including translators and editors in 50 countries.

Finally, some practical advice supporting the well-known research of Alessandro Acquisti: Nico Sell, founder of secure messaging app Wickr has explained to The Observer that she wears dark glasses when she is likely to be photographed in public to decrease her digital footprint. She refers to the work of Acquisti, which demonstrates that pictures from high-security cameras can be matched with pictures on Facebook to steal an individual’s financial identity. Certainly explains all the sunglasses on Bondi Beach this summer.

The application of artificial intelligence and machine learning to solve today’s problems requires access to large amounts of data. One of the key obstacles faced by analysts is access to this data. In this piece for Privacy Tech, Replica Analytics CEO Khaled El Emam explains how synthetic data can ...
END_OF_DOCUMENT_TOKEN_TO_BE_REPLACED queue Save This

The IAPP will accept submissions for the "Privacy Tech Vendor Report" until Feb. 27. Vendors that seek inclusion in the report and organizations that wish to update their current entries will have until the deadline to fill out the Full Story link below. The next iteration of the report is expected ...
END_OF_DOCUMENT_TOKEN_TO_BE_REPLACED queue Save This

Op-ed: 11 drafting flaws for the European Commission to consider in upcoming GDPR review

In May 2020, the European Commission is set to deliver its first review report on the EU General Data Protection Regulation. The preparations are well underway, but, according to Morrison & Foerster's Lokke Moerel, rumor has it the commission does not intend to draft proposals to reform or fix a...
END_OF_DOCUMENT_TOKEN_TO_BE_REPLACED queue Save This

Greater Than X Co-Founder and CEO Nathan Kinch believes privacy notices and other legal agreement documents are missing something important: a touch of humanity. It is one of the reasons why his company launched the Better Disclosure Program, a three-week course designed to teach organizations how t...
END_OF_DOCUMENT_TOKEN_TO_BE_REPLACED queue Save This