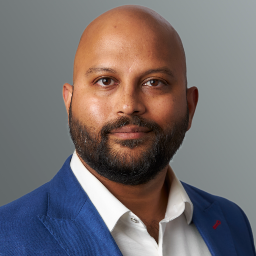 This week’s APAC Digest traverses a broad range of privacy topics in Australia, India, China, Indonesia and the Philippines. Here’s the lowdown on the hot gossip:

In news from the Land Down Under, Acting Australian Information and Privacy Commissioner Angelene Falk has controversially stated that the Department of Human Services did not breach privacy laws when it disclosed to the media details about blogger Andie Fox’s interactions with Australian social security agency Centrelink. The disclosure to journalist Paul Malone included information about benefits paid to Fox, her divorce, and her tax returns and was made in response to Fox’s February 2017 article detailing her personal experience with Centrelink and criticisms of Centrelink’s debt recovery program.

The commissioner has also told Australia’s Parliament that her office's investigation into Facebook with regards to the Cambridge Analytica scandal will take at least six to eight months to reach an outcome. The investigation was commenced 5 April.

Over in Indonesia, companies have been found to have lost $34 billion USD in financial loss and reputational damage as a direct result of cyberattacks. Last year, Indonesia saw more than 205 million cyberattacks, affecting almost 50 percent of Indonesian businesses. The study, commissioned by Microsoft, also found that firms in the APAC region suffered cumulative losses of $1.745 trillion — 7 percent of the region’s gross domestic product.

In India, Paytm, the country’s largest digital wallet service with more than 230 million users, has been accused of disclosing information about users in the state of Jammu and Kashmir to the Indian government. The disclosure allegedly came after the prime minister’s office made a request directly to Paytm’s CEO, following incidents in which Kashmiri Muslims pelted stones at armed forces.

This news comes as a new study found that 8 out of 10 Indians are concerned about the security of their government-issued biometric ID and feel that the government should intervene to better protect them online.

In the Philippines, the National Privacy Commission has come out in support of a national ID system PhilSys. NPC Commissioner Raymund Liboro has said the creation of a national ID system will better enable Filipinos to access public- and private-sector services that need proof of identity. The commissioner assured the public that privacy protections are in place measures are in place.

And finally, Apple broke ground on its first Chinese data center. The new data center will be jointly built by Apple and Guizhou-Cloud Big Data and will cover a whopping 67 hectares in the Guizhou area. It is expected to offer iCloud services from 2020. This move is in response to new Chinese cybersecurity laws that require foreign data services to partner with domestic data centers so that data on Chinese citizens is stored within the country. Apple reiterated that “privacy is key to the company.”

And that’s all the news that’s fit to print! I hope you enjoy this week’s APAC Digest.

The U.S. National Institute of Standards and Technology is celebrating the one-year anniversary of its Privacy Framework. NIST Information Technology Lab Senior Privacy Policy Advisor Naomi Lefkovitz announced the framework now carries 40 resources, including the recently-added fifth version of the ...
END_OF_DOCUMENT_TOKEN_TO_BE_REPLACED queue Save This

The Future of Privacy Forum announced it will hold its 11th annual Privacy Papers for Policymakers event virtually Feb. 10. The event honors papers examining various privacy issues and offers solutions that could lead to real-world policy solutions. The winning papers covered topics such as the onli...
END_OF_DOCUMENT_TOKEN_TO_BE_REPLACED queue Save This

Google announced its acquisition of Fitbit is complete. In a blog post, Google Senior Vice President of Devices and Services Rick Osterloh addressed privacy concerns about the acquistion."We've been clear since the beginning about protecting Fitbit users' privacy," he said. He also noted that "priva...
END_OF_DOCUMENT_TOKEN_TO_BE_REPLACED queue Save This

Kia ora koutou, Ngā mihi o te tau hou (happy new year) from New Zealand. As is customary down here, things are getting off to a slow start, with many privacy professionals still enjoying their summer vacations. However, as in the rest of the world, the overriding sentiment here in Aotearoa is hope ...
END_OF_DOCUMENT_TOKEN_TO_BE_REPLACED queue Save This

The Australian Digital Health Agency called for a limit to the "number and type" of data breaches organizations need to disclose under federal law, iTnews reports. The agency seeks a harmonization between the data breach reporting requirements of the My Health Records Act and the Privacy Act. "The d...
END_OF_DOCUMENT_TOKEN_TO_BE_REPLACED queue Save This