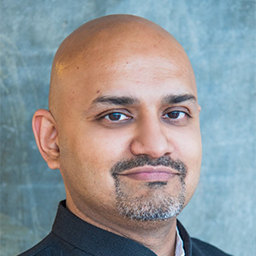 Namaste, 你好Nǐ hǎo and hello to one and all!

In Hong Kong, a former clerical assistant was sentenced to 45 months in prison — the toughest doxxing sentence in the country — after she pled guilty to “misconduct in public office.” Hung Wing-sum divulged the personal information of more than 200 public officials on the Telegram application.

In this day and age, when we live parallel lives online and offline, this breach of basic trust raises concerns that have far-reaching consequences on the victims of such actions.

In a separate case, a doxxing website with personal information on more than 2,000 Hong Kong politicians and journalists is still online. However, it was reported to authorities nearly two months ago. It seems that the owners of this website are “shapeshifters” or, to put it more plainly, shifting their domains and keeping the information online.

Fresh on the heels of that sentencing, the Hong Kong legislature passed an anti-doxxing privacy bill that empowers the Office of the Privacy Commissioner for Personal Data to investigate and prosecute doxxing incidents. Read below for more details.

In other news from China, the Central Bank is set to deepen its antitrust action seemingly aimed at Big Tech companies. Speaking at the China Payment and Clearing Forum in Beijing, Deputy of People’s Bank of China Governor Fan Yifei said, “The central bank will support platforms to focus on their core businesses and innovation, but firmly oppose their disorderly expansion, unfair competition, data misuse and other violation of consumer interests." He has maintained the PBOC remains focused on preventing the disorderly expansion of capital and serving the real economy.

Hopping over to Australia, eftpos has become the first accredited non-government operator of a digital identity exchange capable of facilitating a bridge between the identity service providers, individuals and merchants or governments. Concerning privacy and user trust issues, it seems this company has really ticked the boxes and therefore has been granted this accreditation under the Trust Digital Identity Framework. They also state they do not retain any identity data.

What a week for privacy; from the lows of individual privacy tarnished on the internet to the Chinese government taking action against big players in antitrust action to the digital trust being provided by government and companies in Australia, it has been quite an eventful week.

And, to end the news from India — winter is finally coming! (Fingers crossed! I don’t want to jinx it!)

Kia ora koutou, It’s been some time since my editorials mentioned the COVID-19 pandemic. This is largely due to the very fortunate position New Zealand has been in, thanks in most part to our physical isolation. However, our relative seclusion has not been enough to protect us from the more virulen...
END_OF_DOCUMENT_TOKEN_TO_BE_REPLACED queue Save This

Hello privacy pros. Coinciding with Australia's unfortunate resurgence in COVID-19 infections, this week's update is full of Australian pandemic privacy news. With significant COVID-19 related restrictions and lockdowns in force for many Australian communities, mandatory check-ins at business and ...
END_OF_DOCUMENT_TOKEN_TO_BE_REPLACED queue Save This

Dear privacy pros. I hope that everyone has been keeping well and staying safe. July is typically the time of the year when I would look forward to catching up with friends and colleagues during the Asia Pacific Privacy Forum, and networking with IAPP members from all over the world as we congrega...
END_OF_DOCUMENT_TOKEN_TO_BE_REPLACED queue Save This

Kia ora koutou. In this week’s intro, I’d like to continue the discussion Stephen Bolinger started last week about China’s new Personal Information Protection Law, due to come into force 1 Nov. As Stephen noted, this is big news. The PIPL significantly alters the regional and global privacy landsca...
END_OF_DOCUMENT_TOKEN_TO_BE_REPLACED queue Save This

Notes from the Asia-Pacific region, 27 August 2021

Hello privacy pros. The big privacy news in our region and around the world is China's passage of its Personal Information Protection Law 20 Aug. The law takes effect 1 Nov. and imposes substantial obligations on organizations' collection and use of personal information. On the surface, many of th...
END_OF_DOCUMENT_TOKEN_TO_BE_REPLACED queue Save This