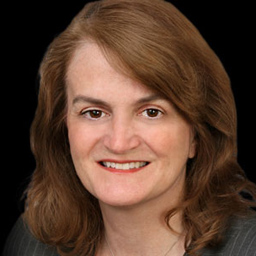 China’s Personal Information Protection Law, which came into effect Nov. 1, 2021, represents one of the most recent and — given the extent of the Chinese market — perhaps the most momentous privacy policy development last year. China’s enactment of a new law signals the importance of privacy legislation in sustaining a commercial environment where data is processed and shared safely and responsibly, where consumers are protected, and where data-driven businesses can flourish in global commerce.

As companies work to comply with the PIPL, debate continues in Washington about privacy legislation in the U.S. To the frustration of stakeholders, progress is slow. While there is growing consensus among privacy advocates, experts and businesses about the need for a federal privacy law, issues about provisions central to an effective law remain unresolved. Whether a law should include a private right of action has been a persistent point of disagreement for stakeholders and is often cited as an impediment to its passage.

Privacy advocates have long insisted that any new law must include a right for individuals to bring suit. They note that a private right of action — a provision in law that grants individuals the ability to bring a lawsuit against a party that has wronged them — is an essential element of the U.S. judicial system. A private right of action would empower individuals harmed by a violation of privacy to hold the perpetrator accountable in court and obtain redress.

Advocates also view a private right of action as a way of addressing perceived limitations in the ability of the FTC to enforce privacy laws in the U.S. In its absence, they argue, government does not always protect the rights of individuals. While the FTC has brought enforcement actions that hold some companies to account and send a message to the market about legal requirements, it does not address individual violations of law or protect the rights of individual consumers. Advocates have argued that the FTC’s enforcement efforts are less than optimal because of its limited authority to regulate privacy and a lack of capacity to effectively enforce privacy laws.

A private right of action would allow an individual whose privacy rights are violated to pursue enforcement on their own.

After years of debate, the business community increasingly recognizes that not only is comprehensive privacy law needed in the U.S., but that if it is to pass, the law will need to include a private right of action. Companies — many of whom once opposed a private right of action in any form — remain concerned, however, that a provision granting consumers the right to sue will lead to a proliferation of frivolous lawsuits that will burden businesses managing and protecting data responsibly and lawfully. They argue that such suits impede innovation and drain company resources that could be better spent on new hires and pursuing new opportunities.

But a private right of action does not have to be an either-or choice, and does not need to stand in the way of privacy legislation in the U.S. A right to sue can be designed with guardrails that limit the potential for frivolous or harassing lawsuits but preserve the ability of individuals to bring cases in appropriate circumstances.

A workable private right of action in privacy law could:

Enacting meaningful privacy legislation promises significant benefits for both U.S. companies and consumers, and China’s new PIPL emphasizes the importance of privacy law for U.S. companies to compete in a global market. If U.S. federal privacy legislation is to pass, policymakers must resolve the question of how to design a private right of action that protects and empowers consumers and does not impede growth and innovation.

Photo by Dayne Topkin on Unsplash

House lawmakers in Washington state on Friday advanced an amended version of the Washington Privacy Act that adds a limited private right of action and incorporates changes in alignment with California privacy law. In a partisan 11–6 vote, the House Civil Rights & Judiciary Committee approved a...
END_OF_DOCUMENT_TOKEN_TO_BE_REPLACED queue Save This

This week, the United States came just 230 data breaches away from an “all-time high,” according to Identity Theft Resource Center Chief Operating Officer James Lee, but data security requirements either within a federal privacy law or a standalone regulation “would substantially improve data protec...
END_OF_DOCUMENT_TOKEN_TO_BE_REPLACED queue Save This

2021 saw a record number of comprehensive privacy bills introduced at the state level. While the majority of state privacy bills failed, they reveal trends and common sticking points through multiple proposals. Across U.S. state legislatures this session, we saw a total of 29 comprehensive state pr...
END_OF_DOCUMENT_TOKEN_TO_BE_REPLACED queue Save This

1
In the U.S., class actions are a popular enforcement mechanism to compensate consumers, including for alleged violations of state and federal privacy laws and data breaches. While there is no federal comprehensive data privacy law in the U.S., there are a number of state and federal privacy-related ...
END_OF_DOCUMENT_TOKEN_TO_BE_REPLACED queue Save This

Wherever you are, we wish you a happy Friday from beautiful Portsmouth, New Hampshire. Deanonymizing data sets is not new to the privacy community. However, the prospect of deanonymizing period tracking application data has renewed privacy concerns in a post-Roe v. Wade America. For context, the l...
END_OF_DOCUMENT_TOKEN_TO_BE_REPLACED queue Save This