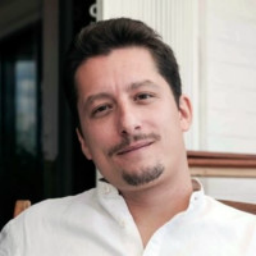 On Jan. 31, Greece’s data protection authority, the Hellenic Data Protection Authority, fined (here in Greek) Cosmote and OTE 9.25 million euros for multiple violations of the EU General Data Protection Regulation. OTE Group, which belongs to Deutsche Telekom, is the largest telecommunications conglomerate in Greece. In sum, these fines are the highest ever imposed by the DPA.

The fines were the outcome of an investigation by the HDPA on a major data breach that occurred in 2020 after a successful cyberattack on the group's information systems. The breach, which was notified to the DPA in time, affected more than 10 million OTE Group and non-OTE Group subscribers and concerned large sets of personal data per subscriber, including financial and telecommunications traffic data. The leaked databases were processed by Cosmote for network fault management and general data analytic purposes.

The HDPA examined both the data breach and the lawfulness of the data processing in question. Regarding the affected telecommunication data, the HDPA ruled that the processing for network fault management purposes was lawfully based on Cosmote fulfilling for its subscriber contracts, since the management of network faults is necessary to provide quality services by the company. Yet, such processing would only be permissible on the condition that a limited subset of traffic data be processed to the extent and for the time required to identify specific technical faults or specific errors, whereas the retention of all traffic data for three months could not be justified. The HDPA decided the traffic data used for this purpose was not proportionate to the degree of the fault and time needed for its removal. Thus, it ruled that the relevant data processing violated the data minimization and storage limitation principles of the GDPR and the provisions of Article 6 of the Greek E-Privacy Law 3471/2006.

Furthermore, the HDPA investigated Cosmote’s data protection impact assessment and decided it was not sufficiently substantiated, on the grounds that not all risks were appropriately examined and conclusions were not adequately justified. In corollary, the HDPA ruled that Cosmote failed to give adequate notice to data subjects regarding the network fault management purpose and duration of the processing.

Regarding the data processing by Cosmote for data analytic purposes, the DPA ruled such purpose could have also been pursued using anonymized data. Following the claim by Cosmote that it was indeed anonymized, the HDPA found the data in question constituted enriched datasets that were pseudonymized rather than anonymized. In addition, the extraction of statistics from the pseudonymized database was considered a further purpose of processing, which may be compatible with the original purposes but subject to the conditions of Article 89 of the GDPR. However, no notice was given to data subjects about such processing. Therefore, the HDPA ruled that data subjects were not adequately informed about the relevant processing and were also inaccurately given notice that their data had been processed in anonymized form.

Next, the DPA reviewed the data security measures implemented by OTE and Cosmote on the affected databases and identified six significant vulnerabilities in their level of security. It also found that OTE and Cosmote did not have procedures to regularly test, assess and evaluate the effectiveness of their measures in order to ensure the security of the processing.

Finally, the HDPA concluded the security measures were taken jointly by Cosmote and OTE without any specific data processing agreement between them. In view of the above, the DPA considered this practice of the two companies violates the principle of accountability and in particular the principles of integrity and confidentiality.

Taking its findings into account, the HDPA issued Decision no. 4/2022, ruling that the following violations of the GDPR and the Greek E-Privacy Law 3471/2006 have taken place by Cosmote and OTE:

Photo by Matt Artz on Unsplash

The Belgian Data Protection Authority fined IAB Europe 250,000 euros Wednesday, ruling its Transparency and Consent Framework, used by much of the advertising industry in the European Union, does not comply with several EU General Data Protection Regulation provisions. Through data processing under...
END_OF_DOCUMENT_TOKEN_TO_BE_REPLACED queue Save This

The new year for EU data protection enforcement has rung in with an early bang courtesy of the France's data protection authority, the Commission nationale de l'informatique et des libertés. The CNIL fined Google and Facebook up to a combined 210 million euros for alleged cookie violations under the...
END_OF_DOCUMENT_TOKEN_TO_BE_REPLACED queue Save This

What can we learn from the Garante’s recent 2.5M euro fine?

In February 2020, the Hellenic Data Protection Authority issued guidelines on the use of internet cookies and trackers. The guidelines follow a sweeping audit the HDPA conducted of the use of cookies on popular Greek websites and found widespread noncompliance with the EU General Data Protection Reg...
END_OF_DOCUMENT_TOKEN_TO_BE_REPLACED queue Save This

On Aug. 27, the Greek Parliament passed national legislation supplementing the EU General Data Protection Regulation. The long-awaited bill was enacted nearly 15 months after the GDPR went into force and after the European Commission's referral of Greece to the Court of Justice of the European Union...
END_OF_DOCUMENT_TOKEN_TO_BE_REPLACED queue Save This