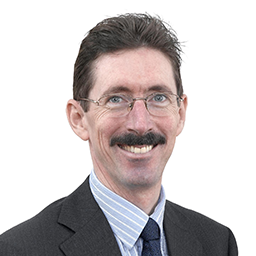 In my last Perspectives blog post, I discussed how, in order to curtail online hate speech, privacy sometimes needs to take a back seat, as anonymity is often used as a privacy shield by some propagating hate. While online services can—and sometimes should—require posters to use their real names to discourage hate speech, the U.S. government cannot require the use of real names to fight legally-allowed—even if repugnant—hate speech online because of First Amendment protections for ugly free expression that anonymity promotes.

Such a limitation of government action against anonymity, for those publishing hate speech, does not exist in France, however. An ongoing French case involving Twitter and anti-Semitic tweets raises interesting issues concerning anonymity, privacy and hate speech.

On June 12, a French Court of Appeals ordered Twitter to unmask the identities of persons who anonymously tweeted anti-Semitic content in violation of French law.  The order is noteworthy for several reasons:

The somewhat peculiar procedural history of the case is important to an understanding of why such a seemingly precipitous order came from the French court of appeals.

The case began on January 24, 2013 when a French lower court judge ordered Twitter to provide the identities of authors of anti-Semitic tweets that violated French law. The lower court judge also ordered Twitter to install a mechanism so that users could more easily inform Twitter of illegal content that should be removed. The judge ordered that Twitter immediately perform the injunction, notwithstanding any appeal. Twitter appealed the lower court's decision to the Paris Court of Appeals.

The Union of Jewish Students of France, which is the plaintiff in the Twitter suit, asked the Court of Appeals to dismiss Twitter's appeal on the ground that Twitter had not complied with the lower court's injunction. Under the French Code of Civil Procedure, an appeal generally cannot be lodged unless the lower court injunction has been complied with. It is only where the appellant can show that compliance with the injunction would create undue hardship that the appellate court can accept the appeal on the merits.

In the appeal, Twitter argued that it had implemented the mechanism to permit users to easily identify illegal content. In its June 12, 2013 decision, the Court of Appeal disagreed, finding that the site made available by Twitter to notify illegal content was buried under several layers of clicks and that it was not easy to find.

As regards the identity of the Twitter users having published the anti-Semitic content, Twitter argued that once it gives the name of the users, the potential harm to their privacy rights will have been done and that it was critical therefore that the Court of Appeals evaluate the underlying legality of the lower court's measure before Twitter discloses the names.

The Court of Appeals disagreed, holding that the disclosure of the names would not create an unreasonable hardship for Twitter and that if it turned out on the merits that the lower court's decision was improper, the plaintiff in the action, the Union of French Jewish Students, would be liable for any damages caused to the Twitter users whose privacy was compromised.

Lastly, the Court of Appeals noted that the Union of Jewish Students of France had a legitimate need for prompt disclosure of the names in light of the short statute of limitations in France for bringing criminal actions against authors of hate speech.

Twitter argued that the request for information should go through international legal assistance treaties. However, the Court of Appeals did not address the complex questions of territoriality raised by the lower court's injunction.

The Twitter case also is noteworthy in light of the pending EU data protection regulation which seeks to expand the jurisdiction of EU regulators. The direct issuance of a court order from France to a California-based company with no local presence, and in a way that could affect the rights of U.S. citizens, is an example of expanded jurisdiction.

Accellion reached a $8.1 million agreement in a nationwide class-action lawsuit in U.S. District Court for the Northern District of California, Reuters reports. The lawsuit was brought against Accellion over a breach in its legacy file transfer product, a platform that allowed companies to securel...
END_OF_DOCUMENT_TOKEN_TO_BE_REPLACED queue Save This

A third party has recently scraped the contents of TransUnion's TLO and posted it elsewhere on the internet, Vice News’ Motherboard reports. TLO is a database containing personal information, including peoples’ physical addresses, phone numbers, email addresses and the contact details of their relat...
END_OF_DOCUMENT_TOKEN_TO_BE_REPLACED queue Save This

Police in Germany are being criticized for using COVID-19 tracking data to identify witnesses as part of an investigation, GB News reports. Police and local prosecutors in Mainz used data from the Luca application, which logs an individuals’ length of time at a location along with their name, addres...
END_OF_DOCUMENT_TOKEN_TO_BE_REPLACED queue Save This

The New York Times reports the phones of employees of El Salvador news outlet El Faro were hacked with the Pegasus spyware. Citizen Lab and Access Now found the spyware was installed on 22 phones belonging to reporters, editors and other employees between July 2020 and November 2021, and said 13 jou...
END_OF_DOCUMENT_TOKEN_TO_BE_REPLACED queue Save This