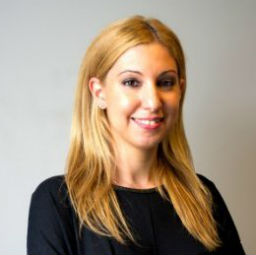 The introduction of the provisions on the data protection certification mechanisms in the EU General Data Protection Regulation in 2016 was welcomed with mixed feelings: high expectations on a new voluntary accountability tool but skepticism at the same time, especially for the client relationship of applicant controllers or processors and certification bodies. Since 2016, the developments on the basis of Articles 42 and 43 of the GDPR have been slower than expected. The European Data Protection Board's guidance on certification and accreditation was published in the third and final version in June 2019. Guidance on certification in the context of data transfers is still expected, despite the recent acknowledgment from the European Council about the usefulness of such transfer mechanisms and the pending cases at the Court of Justice of the European Union (see advocate general opinion Paragraph 342 expressing doubts on the conformity of the Privacy Shield decision with the GDPR).

At the EU level, there has not been yet a European data protection seal approved by the European Data Protection Board, while at the national level, some developments are now starting to emerge. A comprehensive initiative is coming from the Luxembourg supervisory authority, which developed certification criteria and a "certification mechanism" based on the International Standard on Assurance Engagements, which was originally destined for auditors and accountants. Other pre-GDPR data protection certifications, most of them not yet approved by the national supervisory authorities, are being updated and submitted for approval. Much of the delay is due to the uncertainties of the GDPR articles regarding key aspects of the mechanisms (for example, the difference between seals and marks), in combination with the novelty of certification for the European data protection law that is accompanied with a lack of experience and know-how.

Taking stock of the study conducted by the Tilburg Institute for Law, Technology, and Society and TNO on behalf of Directorate-General Justice and Consumers of the European Commission, but also the EDPB guidelines, let's discuss some truths and myths about certification of Articles 42 and 43.

Myth #1: Certification under the GDPR is voluntary; thus, it bears no legal consequences

Myth #2: Products, systems and persons can be certified

As explained in the COM study, the wording of Articles 42(1) and 42(6) determines what is certified under the data protection certification mechanisms: processing activities. In its 1/2018 guidelines, the EDPB clarified that data protection officers are not included in the scope of Article 42. This does not entail that DPO schemes cannot exist (see, for example, the DPO scheme from the Spanish DPA). It means, however, that such schemes are not the accountability instruments of Articles 42/43 and will not be formally taken into account by the SA when it decides to impose a fine to a controller or a processor per Article 83 of the GDPR. When it comes to products and systems, the situation is not as straightforward as with the DPO certification. Products and systems cannot be certified as such for being GDPR compliant, but they are part of the evaluation for awarding the certification for data-processing activities. For example, a processor that has applied to have its data storing certified needs also to show to the certifying entity that its information-security management system provides all the necessary guarantees for a secure data storing. This is where a certification of an information-security management system might be useful but not necessary. This was also explained in an earlier report published by ENISA on "Recommendations for European Data Protection Certification."

This is a common misconception. Once a controller/processor has its processing certified under a data protection certification mechanism, there is still no presumption of conformity with the legal obligations. In other fields, such as the EU legal framework for product safety, when a producer has its product conforming to harmonized standards, it’s presumed they comply with the relevant EU directive.

However, under the GDPR, certification plays a different role: that is to help the controller or processor show to the SA the technical and organizational measures taken to comply with the GDPR legal obligations. The assessment by the certifying body (either a DPA or certification body) that a processing is in line with the certification criteria is not a definite assessment of compliance with the GDPR. Rather, it helps showing that an organization has its "house in order" and dedicated considerable effort and resources for it, which is an element of accountability.

Finally, it is important to draw a distinction between certifications on the one hand and ISO standards on the other. Technical and management standards, such as the ones developed by international or European standards organizations, including the well-known information security standard ISO/IEC 27001 or the new ISO/IEC 27701 on the Privacy Information Management Systems, are not necessarily part of a GDPR certification mechanism. Such standards are essentially different in nature: They are directed toward management systems and have a risk-management approach. Nevertheless, such standards can be a very useful building block in a data-protection-certification mechanism, as they are widely used, and the state of the art and conformity experience are potentially important added values to the development of a new data-protection mechanism.

Photo by Emily Morter on Unsplash

The road to GDPR certifications won't be a short one, it seems

1
The EU General Data Protection Regulation has been in effect for five months, and yet there has not been much progress on the certification front. Companies are waiting to see what form certification will look like under Articles 42 and 43 of the GDPR, and tech vendors are coming out with solutions ...
END_OF_DOCUMENT_TOKEN_TO_BE_REPLACED queue Save This

The role of DPAs in incentivizing accountability

If ever there was a potential cure-all for the current trust deficit in the digital society and the many data protection woes facing us, organizational accountability surely is it. It is no surprise, therefore, that in recent years, accountability has garnered broad international support in data pr...
END_OF_DOCUMENT_TOKEN_TO_BE_REPLACED queue Save This

It is a question that many organizations face: How do we prove to consumers and potential business partners we are compliant with the EU General Data Protection Regulation? Short of walking everyone through an accountability program, organizations essentially have to rely on squishy things like trus...
END_OF_DOCUMENT_TOKEN_TO_BE_REPLACED queue Save This

The EU General Data Protection Regulation has absolutely dominated most of my time here at the IAPP recently, and, chances are, if you are reading this those four letters are taking up a boatload of your time as well. Nearly every piece I have written on privacy technology over the past couple of m...
END_OF_DOCUMENT_TOKEN_TO_BE_REPLACED queue Save This