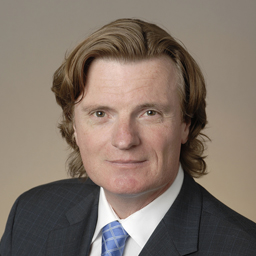 As Canadian privacy professionals will know, 2012 saw a significant development in Canadian tort law with respect to privacy. While some lower courts have recognized an “invasion of privacy” tort or said there might be one, higher courts refused to countenance the existence of such a tort until the Ontario Court of Appeal did so in Jones v. Tsige.

In Jones, the court recognized the tort of “intrusion upon seclusion”—one of the four types of torts catalogued by William Prosser in his famous 1960 article. As defined by the Ontario Court of Appeal, the tort has three specific elements: (i) intentional or reckless conduct on the part of the defendant that (ii) resulted, without lawful justification, in an invasion of the plaintiff's private affairs (iii) such that a reasonable person would regard the invasion as “highly offensive,” causing distress, humiliation or anguish. The “reasonable person” test is intended to avoid claims based on the plaintiff’s subjective sensitivity or concern.

Looking at American tort law and Canadian Charter cases, one can see this test being eventually based on a totality of the circumstances. This means an examination of “means” and “purpose” and suggests courts will engage in some type of balancing exercise. All good, but, in this day and age, is this tort of intrusion upon seclusion enough?

In terms of privacy protection, the concept of “highly offensive” may be troubling for courts looking to apply Jones. Don’t take my word on it. Lord Nicholls of the UK’s House of Lords, in the 2004 case of Campbell v. MGN Limited, addressed the use of “highly offensive”:

“This particular formulation should be used with care, for two reasons. First, the 'highly offensive' phrase is suggestive of a stricter test of private information than a reasonable expectation of privacy. Second, the 'highly offensive' formulation can all-too-easily bring into account, when deciding whether the disclosed information was private, considerations which go more properly to issues of proportionality, for instance, the degree of intrusion into private life and the extent to which publication was a matter of proper public concern. This could be a recipe for confusion.”

Complicating matters is the fact that different generations appear to have different notions of privacy and that may eventually play into what constitutes a “reasonable expectation of privacy” since societal values form a foundation for an “objective” standard.

The House of Lords went in a different direction—one based, in part, on an aspect of UK Human Rights Act and, in part, on previous common law cases involving the tort of “breach of confidence.” The result was the recognition of the tort “misuse of private information.” As defined in Campbell and the 2008 case of Murry v Big Pictures (UK) Ltd, a misuse of private information occurs if (i) the plaintiff can prove that they had a “reasonable expectation of privacy” in relation to the information, and (ii) the defendant cannot prove there was a justification for the disclosure of the information—for example, an overriding “public interest.”

While Jones certainly advances Canadian privacy law, and leaving aside whatever may happen in the advancement of privacy statutes, it’s not clear that the tort of intrusion upon seclusion will be enough to deal with privacy in the 21st century. Please keep in mind that today we have greater private and public surveillance, easier access to collection technologies, the content delivery vehicle that is the Internet and, with more and more data breaches reported, an apparent inability to protect data. Instead of the focus being on collection through “intrusion upon seclusion,” we may wish to think about shifting the focus to the “use” of personal information. If tort law is going to be another tool to protect privacy, we may yet need a new and different tort.

The Washington Post reports U.S. Senate Committee on Commerce, Science, and Transportation Chair Maria Cantwell, D-Wash., will not support the American Data Privacy and Protection Act as currently constituted. Cantwell's potential opposition was previously known, but she made clear the current bil...
END_OF_DOCUMENT_TOKEN_TO_BE_REPLACED queue Save This

Greetings from Portsmouth, New Hampshire! U.S. Congress continues to chug along with its work on federal privacy legislation at a surprisingly quick and robust pace. Thursday's House Committee on Energy and Commerce markup of the American Data Privacy and Protection Act shows at least one chamber h...
END_OF_DOCUMENT_TOKEN_TO_BE_REPLACED queue Save This

IAPP Managing Director, Washington, D.C., Cobun Zweifel-Keegan, CIPP/US, CIPM, breaks down the latest privacy happenings in the nation’s capital, including the latest look at framework updates for the proposed American Data Privacy and Protection Act. Also, a look at news on advertising technology s...
END_OF_DOCUMENT_TOKEN_TO_BE_REPLACED queue Save This

The Daily Dashboard reported the U.S. House Committee on Energy and Commerce formally introduced the American Data Privacy and Protection Act and scheduled it for committee markup June 23. IAPP Editorial Director Jedidiah Bracy, CIPP, reported on the U.K. government's final response to its data c...
END_OF_DOCUMENT_TOKEN_TO_BE_REPLACED queue Save This