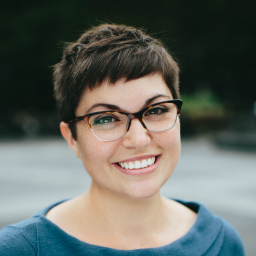 When we talk about Big Data, we mostly refer to large-scale conglomerations of information about our collective behavior, aggregated by governments and big corporations. But there’s another way data have become big: Our interpersonal connections are being infiltrated by data to an unprecedented degree, changing how we relate to one another. A focus on everyday data-collection practices reveals that we are active participants in gathering, interpreting and deploying data—not just passive data points about whom data is collected and aggregated.

Nothing makes the rise of the data mentality clearer than the proliferation of tools for creating and using data in budding romantic relationships. Lulu, an app for young women to anonymously review their male friends, exes and hookups, has recently attracted significant popular attention. Lulu lets female reviewers anonymously select hashtags that describe male associates, from #DudeCanCook to #SexualPanther, which it then translates (via secret algorithm) into numerical ratings. Lulu has over a million users and has especially taken off at colleges. Lulu’s founders describe the app as creating a safe, empowering place for young women to swap intel about which guys are worthwhile—an online extension of sorority girl talk—though the tool isn’t without critics, who condemn its objectification of men and generally creepy vibe. Just as you’d peruse Amazon reviews before a purchase or vet plumbers on Angie’s List, Lulu ratings tell you if the guy you’ve got an eye on is likely to show you a good time.

But Lulu is just one example of how the data paradigm is permeating romance.

Online dating services that rely on matching algorithms are designed to take some of the guesswork out of playing the field. The Spreadsheets app tracks sexual performance using audio and accelerometer inputs. Apps like Textat use sentiment analysis to report on a texter’s level of affection, reducing the need to angstily pore over messages from potential paramours. Some tools aim to minimize risk for specific groups of people: An app for would-be daters in small, genetically homogeneous Iceland taps genealogical records to sound an “incest alert” if a couple shares a common grandparent. Other tools are aimed at more developed relationships: consider the Boyfriend Tracker—a recently banned Android app that let users keep tabs on unwitting partners’ location and communications, the practice of numerical marriage rating in psychotherapy and other emerging “love impact metrics.”

It’s understandable that a market for this sort of data exists. Daters crave information about their (potential or actual) partners; it’s not surprising that the majority of reported misconduct involving NSA data collection has to do with employees checking up on love interests! Dating is a realm in which our vulnerabilities are intimately exposed, both emotional hazards and real dangers to health and safety. There’s a reasonable chance that social data collection, or even the specter thereof, could reduce these risks. It’s been suggested that Lulu-like tools might serve as a collective defense against date rape; more generally, Lulu’s founders proudly report that college guys change how they treat women for the better in response to ratings.

But a data-driven mentality could also affect the emotional foundations of intimate relationships. Reviews and ratings, from Yelp to Netflix, are designed to reduce uncertainty by quantifying the unknown. But the early days of romance are all about what can’t be quantified—gut feelings, the uncertainty of a crush, reading significance into words and glances. When dating becomes data-fied and metrics replace mystery, interactions between fledgling romantics could become more calculated as new social practices develop around monitoring; for instance, some guys reportedly engage in Lulu “ballot stuffing” by asking female friends to give them good reviews. Data can come to displace the need for trust as technology becomes a site for accountability for past actions and a guide for future ones. There’s a fundamental difference between a girlfriend who doesn’t cheat because she respects her partner and one who stays true because she’s afraid of being tattled on by an app.

Privacy professionals have important roles to play here and should advocate for products and services that consider relational privacy interests as well as legal ones.

By design, tools like Lulu trade off ratees’ privacy in favor of raters’ anonymity, in contrast to other web-based ratings systems that incorporate reputation measures for reviewers. Other issues could arise due to the fixity of data over time paired with the youth of the user base, even though people and their relationships change. (Who among us would want our romantic reputations to be based on our teenage selves?) Still other concerns owe to the likelihood of context collapse and unintended use. For instance, in checking out Lulu before writing this piece, my only male contact with a profile was a younger family member—who surely didn’t anticipate that I’d be perusing the details of his intimate practices in the name of research.

Dating apps illustrate the extent to which surveillance has become an everyday relational phenomenon and data analytics have invaded our most intimate activities. No longer is Big Data just something that states and commercial entities do: The monitoring paradigm penetrates interpersonal relationships, creating new kinds of privacy problems that aren’t easily addressable by law or policy. Privacy professionals have important roles to play here and should advocate for products and services that consider relational privacy interests as well as legal ones.

U.K. Information Commissioner Elizabeth Denham penned an open letter reiterating her agency's commitment to helping organizations navigate the COVID-19 pandemic. Denham wrote the agency will continue to provide advice on handling data as they operate both during the pandemic and the eventual recover...
END_OF_DOCUMENT_TOKEN_TO_BE_REPLACED queue Save This

The IAPP released a new update to its California Consumer Privacy Act Online Training. The latest round of updates includes information to reflect the passing of the law's enforcement deadline and the approval of the final set of CCPA regulations. The IAPP also revised modules covering the CCPA's sc...
END_OF_DOCUMENT_TOKEN_TO_BE_REPLACED queue Save This

On Sept. 7, Germany’s Baden-Württemberg Commissioner for Data Protection and Freedom of Information updated its guidance on international data transfers. It is the first and only European national supervisory authority as of yet that has issued mandatory guidance following the Court of Justice of th...
END_OF_DOCUMENT_TOKEN_TO_BE_REPLACED queue Save This

The Philippines' National Privacy Commission published guidance for online learning, addressing student privacy and the prevention of school data breaches. In the announcement for the guidelines, Privacy Commissioner Raymund Liboro said schools must select a virtual learning platform with "the best ...
END_OF_DOCUMENT_TOKEN_TO_BE_REPLACED queue Save This

The IAPP is currently seeking responses for the "2020 Governance and Operations Survey," sponsored by FTI Consulting. The annual survey gathers information on a range of issues related to privacy professionals and the privacy industry around the world. This year's survey includes questions on the Ca...
END_OF_DOCUMENT_TOKEN_TO_BE_REPLACED queue Save This