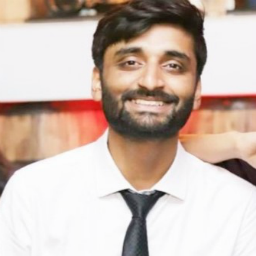 As organizations process larger and larger amounts of sensitive data, there is a dire need for a communication channel that is encrypted in such a way that would ensure totally secure transmissions.

Most of the focus today is upon improving the strength of encryption because as computers become smarter and faster, these codes become easier to unscramble. That is why we need an encryption mechanism that is theoretically impenetrable.

Quantum cryptography is an approach based on the laws of quantum mechanics. It is a method through which two users of a common communication channel generate a body of shared and secret string of information that can be used as a secret key for standard encryption to ensure secure communications.

The most unique property of quantum cryptography is not only protecting communications, but also the detection of a third party trying to break in and gain knowledge of the secret key.

Cryptography is the practice and study of techniques to protect communication and data in the presence of adversaries.

The very first attempts of cryptography included simple substitution ciphers in which the letters in a message were replaced using logic or a key to scramble it. The message would appear as gibberish to any third party trying to eavesdrop in the communication channel.

The sender would already have given the key to the receiver to provide them with an algorithm that would take the encrypted message and decode it. Through this mechanism, only the intended recipients would be able to decode the message.

Modern cryptography is a much more mathematically advanced approach for achieving the same goal.

The search for stronger cryptographic methods

If it takes a conventional computer thousands of year to break an encrypted message, we would consider the encryption to be secure. But this scenario changes with the dawn of quantum computing.

Quantum computing allows the iteration of certain types of calculation to be done in parallel and faster than a classical computer. Technically, the logic gates of quantum computers exist in a state of superposition of many simultaneous configurations. For example, quantum computers can calculate prime factors of large numbers extremely quickly. This is not good news from an encryption standpoint as prime factoring is a cornerstone of modern cryptography.

Quantum computers will soon render some of the best cryptographic techniques useless, cracking complex keys in seconds. One of the best-known applications of quantum computing is its ability to crack an RSA algorithm, which is the centerpiece of modern secure internet communication.

How does quantum cryptography work?

Quantum cryptography relies on the spin of the light particles (photons) to securely transmit a string of values (key) to the receiver (quantum key distribution), which can then be used for further encryption using standard encryption techniques.

The sender polarizes the spin of each photon by randomly selecting any of the two filters available (either X or +) and sends them across to the receiver using a fiber optic channel. The sender also notes down the sequence of the filters that they used for each photon.

The receiver on the other end, without the knowledge about which filter is used for each photon, randomly starts measuring the photons with any of the two filters available with them. If they use the correct filter, then the spin polarization of that photon remains intact, but if they use the wrong filter, the spin polarization gets destroyed. The receiver also notes down the sequence of filters they used for measuring.

After this transmission, both the receiver and sender have a conversation over a non-encrypted channel where the receiver tells the sequence of the filters used and the sender tells which filters are correct.

The photons corresponding to the correct filter usage are retained, and their corresponding spins becomes the key used for standard encryption. Since the conversation only covers the filter that was used at the receiver end and not the exact spin of the photon, there is no way for an eavesdropper to determine the key.

Another advantage of quantum cryptography is the detection of any adversaries trying to break into the fiber optic channel and gain knowledge of the transmitted key. Any observation made by an eavesdropper would disturb the spin sequence of the photon string due to the phenomenon known as quantum entanglement. Hence, the communicating parties will become aware of an external presence.

With a quantum-encrypted internet, our most sensitive information would be passed along in an ultrasecure manner. This would achieve the ideal scenario of a simultaneous fast and secure internet.

Just recently, the national elections officials of Switzerland used quantum cryptography to secure the network link between their ballot data entry center and the government repository where the votes were stored.

Another current example is work being done to address the increasing concern of secure communications between astronauts and satellites. QuintessenceLabs is working on a project for the U.S. National Aeronautics and Space Administration that would leverage quantum cryptographic techniques to ensure people can safely communicate from Earth with satellites and astronauts.

A few hurdles in the way

As the technology is relatively new, it requires specific infrastructure to be built around it to facilitate communications. Quantum computing normally includes a fiber-optic-based channel, which is expensive to construct. Additionally, the transmission of the key-using photon requires a dedicated high-quality channel.

Further, the maximum distance quantum cryptography has been successfully done to date is 150 kilometers, and the error rates have been relatively high. Even though we can increase the distance by using repeaters, it remains susceptible to error and unlikely to have an entirely fiber-based connection.

Finally, it is an inefficient solution for scaling as it is impossible to send the key simultaneously to two different locations as multiplexing is against quantum principles

Quantum cryptography is no longer a theory on paper; rather, it is a practically existent technology with imperfections. The emergence of quantum cryptography promises to revolutionize the way sensitive information is communicated. Instead of relying on the current state of mathematical algorithms and computing power, the security of the transmission would be governed by the laws of nature itself.

The devices and infrastructure that would support this technology are continuously improved upon, and it is expected that within the next few years, these systems could become a mainstream method for encrypting some of the most valuable data held by governments and industries.

Google claims it has made a breakthrough in quantum computing and published its findings in the scientific journal Nature, The Associated Press reports. Researchers wrote Google’s processor Sycamore was able to complete a calculation in three minutes and 20 seconds — a task they say would have taken...
END_OF_DOCUMENT_TOKEN_TO_BE_REPLACED queue Save This

Blockchain and the GDPR: Addressing the compliance challenge

The opening session of the 41st annual International Conference for Data Protection and Privacy Commissioners kicked off here in Tirana, Albania, Wednesday. Threads woven throughout the event have included the need for convergence and cooperation, not only among global regulatory authorities, but al...
END_OF_DOCUMENT_TOKEN_TO_BE_REPLACED queue Save This

The European Commission announced it has launched the Quantum Technologies Flagship. The QTF is a 1 billion euro initiative created to fund more than 5,000 quantum technology researchers over the next 10 years in order to make Europe a leader in the space. Researchers will work to use quantum techno...
END_OF_DOCUMENT_TOKEN_TO_BE_REPLACED queue Save This

Washington State University Math Learning Center's Nathan Hamlin has written a paper for the "Open Journal of Discrete Mathematics" discussing how his Generalized Knapsack Code could be used to stop hackers using "next generation quantum computers," ScienceBlog.com reports. The paper looks to clear ...
END_OF_DOCUMENT_TOKEN_TO_BE_REPLACED queue Save This