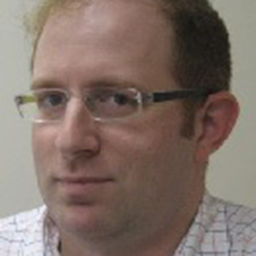 In a further addition to the genre “Do Something for a Year and Then Write a Book About My Experiences,” Dragnet Nation: A Quest for Privacy, Security, and Freedom in a World of Relentless Surveillance follows Julia Angwin’s yearlong quest to gain some semblance of online privacy. The author narrates her attempt to at least minimize the pervasive surveillance of big business, concluding early on that it is nearly impossible to escape the entirety of intrusive online gazes. (Spoiler: she mostly fails.)

If nothing else, the book highlights the difficulties of maintaining privacy in an online-centric world, even for a computer-savvy, well-connected Pulitzer Prize winning investigative journalist like Angwin.

The author’s take-home message is clear: When something online is free, as many of our favorite services are, you are not the customer, you—and more succinctly, your personal information—are the product. With your every online click fed to voracious advertisers, it’s unlikely that you will be able to successfully keep this product away from those who are actively seeking it. As such, the title—referencing relatively indiscriminate police methods for capturing criminals—is supposed to provoke the idea that corporations feeding off of big data are indiscriminately trawling the Internet for every obtainable piece of useful information about consumers. As the author notes, “technology has enabled a new era of supercharged dragnets that can gather vast amounts of personal data with little human effort.” And, just like innocents are often caught up in police dragnets, so, too, many of us will get caught in online dragnets to mine for personal and useful information.

Even those few most-committed-to-online-privacy among us are unlikely to be able to completely maintain anonymity while maintaining any sort of online presence, not the least the general public.

For those of us who would like to consider some protective measures, the author’s well-researched book does provide at least a general primer as to where many of the potential privacy holes exist within our day-to-day online interactions. To this end, the book provides a lot of good advice and discussion regarding online privacy and how to work toward obtaining it. And while it includes descriptions of some of the current relevant software for maintaining privacy and anonymity online, unfortunately given the speed of innovation in the software sector, much of the described programs may be out-of-date or defunct before the book is published in paperback. And as computing power continues to inexplicably advance along Moore’s predicted path, as data storage becomes cheaper and algorithms to mine data become more advanced, we are likely to see a growing trend toward further and more expansive online privacy intrusions beyond those described in the book.

Technological advancements notwithstanding, we have no one to blame for much of this predicament but ourselves. The joke that the FBI couldn’t have wished for a better surveillance tool than Facebook has more than just a truthful ring to it. As a society, we have quickly regressed to a situation where we post our most personal and intimate ideas online, sometimes in the form of images and sometimes in the form of text—often in 140 characters or less.

Data-mining algorithms and methods are advancing to such a degree that at least one retailer was able to predict a customer’s pregnancy even before she knew she was pregnant based on their collective data on customer regular shopping habits. Thus, the exposing of the banality of our lives through social media has not only directly eroded our privacy but has also resulted in a situation where there is enough information freely and easily accessible about us that even those things the we still deem to be worthy of privacy can be extracted and mined and even de-anonymized by way of what we have made publicly available. One social media site is able to extract gender, religious affiliation, political persuasion and other relatively private data from just your up-voting history. One group of researchers was able to cross-reference two social media sites and extract the identities of anonymous posters.

It is important to remember that the Internet does not forget. Once you have posted something—and on some social media sites even if you type something, erase it and never actually post it—your pictures, words and actions are all saved and perhaps even catalogued somewhere. With employers reviewing not only your resume but also your online and social media presence, youth who grew up with an active social media lifestyle are only now starting to appreciate/regret the consequences of poor posting decisions.

And even more egregious than putting our information out there so that it can be mined and analyzed, the public’s general laissez-faire attitude when it comes to computer security further creates gaping holes in our online privacy for the data that we still want to hide.

Any security/privacy infrastructure is only as secure as its weakest link; we are that link, and we are definitely not secure. As the author pointed out in her book, we use weak and/or obvious passwords; we tend toward the use of weaker security infrastructure, if any at all, because it’s easier to implement, and we are often gullible enough to respond to phishing expeditions, clicking on fake links and providing our passwords and other data.

It’s not only your personal or financial data that is at risk of exposure. As medical data, particularly genomic data, goes online and patients continue to coalesce on disease-oriented social media sites, even data with seemingly anonymous identifiers can be traced back to the individual.

Returning to the dragnet imagery, the issue of online privacy, particularly with regard to the U.S. Constitution’s Fourth-Amendment protections against warrantless search and seizure, has recently reached the Supreme Court. In U.S. v. Wurie and Riley v. California, both argued recently on April 29 and likely to be decided by the end of this June, the justices struggled with establishing rules and guidelines for allowing warrantless searches of cellphones and smartphones pursuant to an arrest. Like a dragnet catching even innocent bystanders, a seemingly innocuous police stop for a broken taillight could result in the police invading our online privacy, including accessing intimate pictures, medical, financial and even GPS information via a warrantless search of our smartphones.

In the author’s case, the police may not have found much on her burner phone loaded with password-protected slow privacy-protecting software, wrapped in tinfoil, in a Faraday cage with WiFi set to off and a masked phone number. Or remembering that her “experiments with cellphone privacy were (her) biggest failure by far,” we should work toward having our governments promulgate laws and regulations that promote reasonable and responsible collection of our data and protect—rather than invade—our privacy.

It's becoming increasingly clear the U.S. House of Representatives knows what it wants to do in regards to federal privacy legislation — the only certainty that's shown up in this fast-moving legislative process is the House's willingness to work across the aisle and press forward. This unity and d...
END_OF_DOCUMENT_TOKEN_TO_BE_REPLACED queue Save This

2
Next to the headlines “RBC Financial Group Develops Cohesive Internet Privacy Management Policies” and “Lawyers Expand Efforts to Escape GLBA Coverage,” a December 2002 edition of what was then called Privacy Officers Advisor announced the 300-member International Association of Privacy Officers app...
END_OF_DOCUMENT_TOKEN_TO_BE_REPLACED queue Save This

UK data protection reform: What is in the government’s proposals?

In September 2021, the Department for Digital, Culture, Media and Sport consulted on the future of U.K. data protection law. DCMS published its response to this consultation, and a first draft of the new bill is expected imminently. DCMS recommends several changes to U.K. law. None represents a tot...
END_OF_DOCUMENT_TOKEN_TO_BE_REPLACED queue Save This

The United Kingdom's post-Brexit reform of its data protection laws took another step forward Friday with the government's final response to its data consultation. Initially launched September 2021 under "Data: a new direction," and opened to public comment for ten weeks, the final response features...
END_OF_DOCUMENT_TOKEN_TO_BE_REPLACED queue Save This

The importance of data privacy emphasized at DPI: Nederland

Last week, the IAPP held its inaugural Data Protection Intensive: Nederland in The Hague. More than 300 delegates gathered as the conference opened with remarks from the Dutch data protection authority, Autoriteit Persoonsgegevens. Marianne Niessink, Director of International Affairs, Policy and Str...
END_OF_DOCUMENT_TOKEN_TO_BE_REPLACED queue Save This