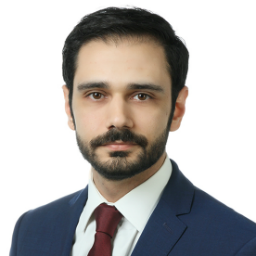 Editor's Note: After publication of this article, the Turkish DPA postponed the deadline for registration on the Register of Data Controllers from Sept. 30 until Dec. 31.

The first two milestones of the Turkish Data Protection Law were marked when the law first came into force April 7, 2016, and when the grace period ended April 7, 2018. The third milestone is only months away, taking place September 30, 2019, the deadline for data controllers to register their data mapping with the Turkish Data Protection Authority.

The TDPL is Turkey’s first comprehensive data protection legislation which was drafted mostly in line with the EU’s Directive 95/46/EC. The TDPL requires data controllers to notify the Turkish DPA of their processing activities, similar to the requirement under Article 18 of Directive 95/46/EC, which was later abolished by the EU General Data Protection Regulation.

However, Turkey’s approach to the obligation to notify the supervisory authority of the processing of personal data is more comprehensive and complicated than it was in the EU. For data controllers that have not made a preliminary analysis, it is difficult, if not impossible, to compile the data mapping the Turkish DPA requires to be notified.

In terms of data mapping and notification, the Turkish DPA sets forth two main requirements for data controllers: (i) registering with the Turkish DPA and (ii) preparing a personal data processing inventory. In comparison with the EU data protection practice, the first is an extended approach to the notification requirement that existed in Directive 95/46/EC and the latter is similar to the GDPR’s record keeping requirement under Article 30.

The TDPL requires that data controllers notify the Turkish DPA of:

The contents of the notification bear noticeable similarities with Article 19 of Directive 95/46/EC. On the other hand, items regarding processing periods and security measures indicate influence from the GDPR’s Article 30, as these two items were not initially covered in the EU Directive’s notification requirement. Further influence from the GDPR’s record keeping requirement is apparent in the Turkish DPA’s secondary regulations.

However, the major difference is that while the GDPR does not require these items to be registered with supervisory authorities and simply requires the data controllers to maintain records of their processing activities, the TDPL requires that such records be notified to and registered with the Turkish DPA.

Providing the necessary information to the Turkish DPA would require the data controller to map and analyze its data processing activities in light of the TDPL. This also applies to data controllers, which are already subject to the GDPR. Although the information required in VERBIS is similar to the records to be maintained under Article 30 of the GDPR, such records may not be directly applicable because VERBIS is based on categories of personal data rather than the purposes of processing and predetermined items need to be selected throughout the process, while free-text input is very limited.

In fact, the template spreadsheet attached to Turkish DPA’s guidelines demonstrates not only categories of personal data, but also their sub-categories. Below is a comparison of the Turkish DPA’s personal data processing inventory template against the GDPR Article 30 documentation template, published by the U.K.’s Information Commissioner’s Office:

The Good, the Bad and the Ugly

The Turkish DPA has so far granted exemptions from the registration requirement for certain types of processing activities, as well as for data controllers concerned in certain fields of work or who have a relatively small business:

The Bad: Deadlines and Fines

The Turkish DPA announced four deadline categories for registration to VERBIS in its decision No. 2018/88 and dated July 19, 2018:

Data controllers that are obliged to register to VERBIS yet fail to do so by the deadlines above may be subject to administrative fines. Under Article 18 of the TDPL, breaching the notification and registration requirement may result in an administrative fine from TRY 29,411 to 1,470,583 (up to USD 242,000).

The Ugly: Territorial Scope of the TDPL

Nevertheless, the Turkish DPA wiped out any practical arguments when it set forth in its secondary regulation the requirement to designate a representative in Turkey and the procedure for registering to VERBIS for data controllers established abroad. Although it is not clear when a particular processing activity would fall within the scope of the TDPL, certain administrative actions taken by the Turkish DPA construct a perspective on the extraterritorial application resembling that of the GDPR.

Photo by Osman Köycü on Unsplash

Judicial reforms in Israel are raising concerns in the EU and could impact data flows between the two, CTech reports. Head of the International Department at Norway's data protection authority, Datatilsynet, Tobias Judin said the impending reforms might lead the EU to reconsider Israel's adequacy st...
END_OF_DOCUMENT_TOKEN_TO_BE_REPLACED queue Save This

The IAPP 2023 Global Legislative Predictions preview an expectedly busy year ahead for privacy professionals across Europe. Legislators and supervisory authorities carry various priorities into this year that could bring implications for EU organizations’ approaches to compliance. Join the IAPP Feb....
END_OF_DOCUMENT_TOKEN_TO_BE_REPLACED queue Save This