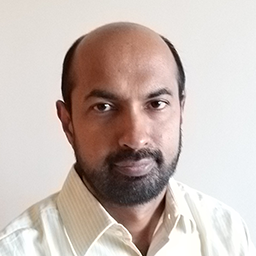 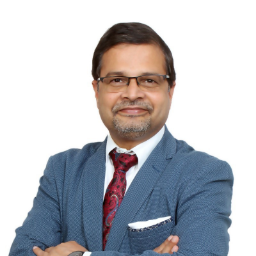 On Dec. 16, 2021, the Joint Parliamentary Committee submitted its long-awaited report to the Indian Parliament after two years of deliberations on the Personal Data Protection Bill, 2019. This is, hopefully, the culmination of a series of extensions provided to the JPC and will pave the way for a strong data protection law in the world’s largest democracy.

The journey so far: In 2017, the Supreme Court of India (the apex judicial body in India) declared the right to privacy as a fundamental right protected under the Indian Constitution. It also recommended the Indian Central Government put in place a data protection regime that considers the interests of individuals as well as the legitimate concerns of the state while promoting an environment for entrepreneurship and innovation. In the same year, the government appointed an expert committee headed by former Supreme Court judge Justice B.N. Srikrishna to draft a Personal Data Protection Bill that will "ensure growth of the digital economy while keeping personal data of citizens secure and protected.” The expert committee submitted its report along with a draft legislation on data protection in July 2018. The government then set up a JPC to review the PDPB.

The committee consulted various stakeholders, such as industry and regulatory bodies and services providers. This includes the Ministry of Electronics and Information Technology, Reserve Bank of India, Securities and Exchange Board of India, National Payments Corporation of India, Income Tax department, Unique Identification Authority of India, National Association of Software and Service Companies, large social media players, law firms and others. The objective was to understand how personal and sensitive data are processed in real time with implementation of actual data protection safeguards preventing data leakages. The committee also visited data centers and processing centers in India.

The following revisions are observed in the report submitted by the committee:

The fact that personal data of children would now be processed to protect the rights of the child (instead of the earlier “best interests of the child”) is a welcome change.

This moves away from the Information Technology Act 2000, its amendment in 2008 and subsequent regulations around intermediaries, which protected intermediaries from content posted by third parties.

However, the inclusion of a non-obstante clause provides an overriding effect over any other law. How this overarching provision is balanced against the right to individual privacy remains to be seen.

As suggested in the report, some key activities that need to be carried out in a phased manner include setting up the DPA and other associated infrastructure. Companies need to embrace and build an effective compliance strategy by focusing on investments and alignment to people, process and technology in a stipulated time. Both the government and private companies need to establish dedicated training and awareness programs to train the workforce and ensure timely compliance.

The Data Protection Bill is a much-delayed and much-needed legislation that will replace the current archaic, legacy and ineffective data protection regime in India. As compared to the current standards, it will help protect the privacy rights of individuals and promote fair and transparent use of data for innovation and growth, unlocking the digital economy. It has the potential to create employment, increase user awareness about their privacy, and enforce accountability with data fiduciaries and processors.

Though inspired in part by the EU General Data Protection Regulation, India has ultimately forged its own path toward data protection with several unique provisions: combining personal and non-personal data under the same umbrella, data localization, coverage of hardware devices, managing social media platforms, and more. Though it still has several lacunae, when implemented it will bring India on par with other countries’ strong data protection laws. Companies will do well to start preparing for compliance with the various provisions.

The views and opinions expressed in this document are those of the authors and do not necessarily reflect the official policy or position of the company they work for.

Convenience is the name of the game and just by the push of a few buttons, a tap here or a swipe there, you could unleash your inherent “super consumer.” Be it grabbing a taxi or finding the love of your life, matchmaking technology running on the principle of “dispatch” helps fulfill your demands b...
END_OF_DOCUMENT_TOKEN_TO_BE_REPLACED queue Save This

Privacy program management in India — How to get started

With rapid changes in the global privacy landscape, Indian businesses and most importantly privacy professionals are constantly embroiled in critical questions. Are we doing privacy management right? With data breaches increasingly common and affecting organizations of all sizes and scale — from sta...
END_OF_DOCUMENT_TOKEN_TO_BE_REPLACED queue Save This

Media trials in India: An unwritten carve-out to the right to privacy?

The trending topic in India at this moment is the phrase “media trial.” A media trial is a popular expression referring to the media acting as judge, jury and executioner in news cases and declaring a verdict before the court passes its judgment. A media trial is often conducted in “parallel” alongs...
END_OF_DOCUMENT_TOKEN_TO_BE_REPLACED queue Save This

2
How many times has an advertisement for a beauty product or electronic gadget appeared on your social media feed while you were having a real-time conversation about a similar subject? This is the subtlety and sophistication of the world of digital marketing, a world heavily reliant on customer data...
END_OF_DOCUMENT_TOKEN_TO_BE_REPLACED queue Save This