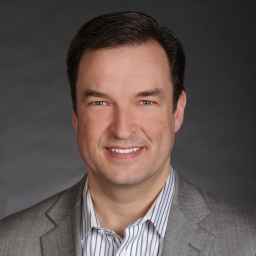 There is considerable activity today in regulatory development and updates around the privacy rights of individuals in Canada, Europe, the U.S. and elsewhere. This includes guidelines, standards, and regulator orders and opinions. Many of these efforts will need to (re)define what non-identifiable data is and how its development, use and disclosure should be regulated so the great many societal benefits of using data can be realized while still protecting privacy. Here are some key considerations for regulating the generation and processing of non-identifiable data, in both principle and practice. You can read a more in-depth analysis here. Ultimately, this will be up to legislators and regulators to determine.

We first present three relevant principles to consider when regulating non-identifiable data. These principles would guide the practices and what to prescribe to ensure undesirable side effects don’t emerge. These are followed by specific practices that have sometimes proven controversial because, in some cases, they have been defined in a manner that goes against the principles.

Regulations should, in principle, provide answers to the difficult questions, including those represented in many of the points below. The more precise the answers, the better. Precision gives organizations certainty about the rules to follow. Leaving aspects of the non-identifiable data process creates uncertainty which will result in no action being taken.

3. Recognize and calibrate the broad benefits of non-identifiable data

Many industries generate, use and disclose non-identifiable data. While the public discourse around uses of personal data focus on marketing and advertising, there are many other uses, such as health research. For citizens there will be differential benefits for each of these, so they shouldn’t be treated as one. Is the benefit of singling out an individual for the purpose of delivering an ad for a new truck the same as the benefit of singling out a cancer patient to recommend a potentially life-saving clinical trial? We would suggest the benefits should be considered as part of defining what is deemed acceptable non-identifiable information.

4. Enable the creation of non-identifiable data without consent

6. Risks should be assessed for an anticipated adversary

An individual or entity can potentially launch a reidentification attack on a non-identifiable dataset. That being said, when performing a reidentification risk assessment, the background knowledge of the adversary is an important consideration.

Some guidelines specify that reidentification risk should be low against an “anticipated” adversary. Others say the risk should be low against any adversary. In our experience, the risk levels are very different between these two. The latter is a much higher standard and treats all data as if it’s being disclosed publicly. This is another example of an approach that could have a negative impact on data utility while providing protections against adversaries who are very unlikely to get access to the non-identifiable data.

There are many precedents for what is deemed an acceptable threshold. Having precise thresholds increases certainty and makes it easier to implement methods for creating non-identifiable data. Having a threshold is a key consideration in the overall process and for having the confidence that authorities will deem the information non-identifiable.

Information, whether identifiable or non-identifiable, can be used for good or inappropriate purposes. A machine learning model can be constructed from a dataset and used to make decisions that are beneficial or discriminatory to individuals. The appropriateness of the purposes of data processing are a separate issue from the identifiability status of the data.

Setting up an ethics review process is a way to manage the risk of inappropriate uses of non-identifiable data. This review process would be staffed appropriately and would account for contemporary cultural norms to judge whether a particular data use is appropriate or not.

9. The data processing context should be considered

Common methods for assessing the risk of reidentification involve accounting for the context, such as the security, privacy and contractual controls in place to process the non-identifiable data. If the controls are high, the overall risk is reduced.

That controls are important for managing the residual risk is clear. Without them, the amount of data perturbations and transformations will be so extensive the data utility will diminish, and even more so for complex datasets. There needs to be allowance for the use of controls to manage residual risks, but this also must be throttled so the overall risk management model continues to have credibility.

10. Define the consequences of reidentification attacks

It’s reasonable that reidentification attacks without the approval of the data controller or custodian be considered an offense. We think an exception for research purposes (e.g., white hat attacks) is reasonable, but these should be performed with the approval of a research ethics board. It is not clear that all of the published reidentification attacks have gone through an ethics review. As for all research with data that either is or would become identifiable, ethical oversight is important.

Photo by davide ragusa on Unsplash

Deidentification 201: A lawyer’s guide to pseudonymization and anonymization

5
We previously wrote this 101-level guide to deidentification, hoping to make it easier to understand how deidentification works in practice. This article is meant to be a 201-level follow-up, focused on what deidentification is, what it isn’t and how organizations should think about deidentifying th...
END_OF_DOCUMENT_TOKEN_TO_BE_REPLACED queue Save This

9
Anonymization is hard. Just like cryptography, most people are not qualified to build their own. Unlike cryptography, the research is far earlier stage, and the pre-built code is virtually unavailable. That hasn’t stopped people from claiming certain datasets (like this) are anonymized and (sadly) ...
END_OF_DOCUMENT_TOKEN_TO_BE_REPLACED queue Save This

When is AI PI? How current and future privacy laws implicate AI and machine learning

From health care to energy to emerging technologies, such as autonomous vehicles, the use of artificial intelligence has proliferated in almost every industry. Both startups and longstanding businesses are increasingly relying on AI and machine learning to maximize efficiency and achieve better outc...
END_OF_DOCUMENT_TOKEN_TO_BE_REPLACED queue Save This

Is my dataset anonymized? A primer

When you are collecting datasets online or through an application programming interface or a biobank, some providers may consider those datasets as anonymized. However, the concept of anonymization is debated and covers only data for which it is no longer possible to re-identify the person behind th...
END_OF_DOCUMENT_TOKEN_TO_BE_REPLACED queue Save This

Inherently identifiable: Is it possible to anonymize health and genetic data?

1
Nearly 25 million people have taken an at-home DNA testing kit and shared that data with one of four ancestry and health databases. With this proliferation of genetic testing and biometric data collection, there should be an increased scrutiny of the practices used to deidentify this data. Biometric...
END_OF_DOCUMENT_TOKEN_TO_BE_REPLACED queue Save This