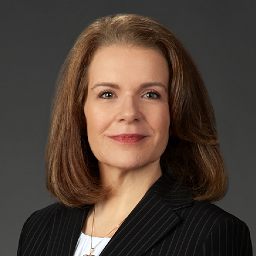 Virginia's CDPA is a somewhat simplified version of the Washington Privacy Act, which was introduced with fanfare two years ago but whose passage remains uncertain. By contrast, the CDPA flew through the Virginia Legislature, passing by overwhelming margin in fewer than two months. Already, privacy bills introduced and likely to receive serious consideration in several blue states — Colorado, Connecticut and Minnesota — resemble this Virginia law.

What are the implications of the CDPA for your privacy program? How does it differ from California requirements, and what additional requirements will you need to implement over and above what you are doing for CPRA compliance? Here's a preview of what else you will need to do to satisfy the CDPA.

The CDPA contains several new requirements, sectoral exemptions and somewhat simpler definitions not found in the CCPA/CPRA that have significant operational implications. Unlike the CCPA and CPRA, the Virginia law does not provide for rulemakings. Although there will be a study of potential legislative modifications later this year, the CDPA should largely avoid the “moving target” problem posed by the many rulemakings and versions of draft rules in California.

The CDPA contains several new requirements that add operational challenges. These include:

The Virginia law also contains a somewhat broader internal operations exception, which requires reasonable alignment with consumer expectations or compatibility of the consumer’s relationship with the business, but not the CPRA condition of that uses be compatible with the context in which information was collected. This difference avoids the operational challenge of tagging state resident data based upon the context of collection in order to exclude it from other controls.

The bill precludes any class action enforcement. The Virginia attorney general can levy fines for failure to cure a violation after notice of up to $7,500 per violation.

Overall, the variations between the California and Virginia laws add some further complexity to a confusing and sometimes contradictory array of global requirements and exceptions, especially for third-party use. However, the CDPA avoids several areas of significant uncertainty in the CCPA and may provide an overall clearer model with more consumer rights for other states.

Stay tuned! As of now, other states to watch closely for other potential privacy laws this at this year are Colorado, Connecticut, Florida, New York, Minnesota, Oklahoma, Ohio and Washington.

Photo by ThisisEngineering RAEng on Unsplash

Virginia joined rarified air March 2 after its governor signed the Consumer Data Protection Act into law. Though California was the first state to pass baseline privacy legislation, Virginia was the first to do so absent a ballot initiative. So, what is in Virginia’s CDPA? Where does it overlap with...
END_OF_DOCUMENT_TOKEN_TO_BE_REPLACED queue Save This

No one should be ashamed to admit they were blindsided by the passage of Virginia's Consumer Data Protection Act. There was no predicting how quickly and seamlessly Virginia's legislative process was going to be given the lack of prior history on passing privacy legislation via state Legislature. W...
END_OF_DOCUMENT_TOKEN_TO_BE_REPLACED queue Save This

1
After an extension into the 2021 special session, Gov. Ralph Northam, D-Va., signed the Virginia Consumer Data Protection Act into law March 2, 2021. In doing so, Virginia became the second state to enact comprehensive privacy legislation and the first to do so on its own initiative (California led ...
END_OF_DOCUMENT_TOKEN_TO_BE_REPLACED queue Save This

The IAPP has seen its fair share of changes over 20 years of existence. The participation from Kirk Nahra, CIPP/US, is not among them. Nahra, co-chair of WilmerHale's Cybersecurity and Privacy practice, said he has been involved with the IAPP since the start, noting he was once asked to be the edit...
END_OF_DOCUMENT_TOKEN_TO_BE_REPLACED queue Save This

The end of a year, and the start of another, often gives cause for taking a moment to be reflective and to ask, “how did we get here.” When you are a data privacy attorney, it's only natural that the question becomes, “how did we get here in the world of data privacy.” I often think about a song – ...
END_OF_DOCUMENT_TOKEN_TO_BE_REPLACED queue Save This
IAPP State Comprehensive-Privacy Law Comparison