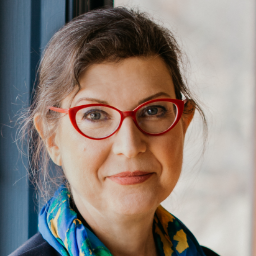 In February of this year, President Obama issued an Executive Order on Improving Critical Infrastructure Cybersecurity. The Executive Order directed the National Institute of Standards and Technology (NIST) to develop a Cybersecurity Framework to assist owners and operators of critical infrastructure in addressing cybersecurity risks. On October 29, NIST published a preliminary version of the Framework (the “Preliminary Framework”), which is open for public comment through December 13. NIST intends to issue a final version in February 2014. The creation of the framework has, of course, been a major development in the information security community – according to NIST Director Patrick Gallagher, approximately three thousand individuals have been involved to date in the development of the Preliminary Framework. But privacy professionals should be paying attention to the framework as well.

The Executive Order directs NIST to include “methodologies . . . to protect individual privacy and civil liberties.” To that end, Appendix B of the Preliminary Framework sets forth a draft Methodology to Protect Privacy and Civil Liberties for a Cybersecurity Program (“Privacy Methodology”) based on the Fair Information Practice Principles and organized to track the content of the Framework Core (the part of the framework that describes the elements expected to be present in a cybersecurity program). Notably, for almost every category of cybersecurity outcome identified in the Framework Core, the draft Privacy Methodology describes a corresponding set of privacy practices. The following are examples of how the draft proposes to tie privacy practices to cybersecurity activities:

Data Security: “Implement safeguards at all states of PII’s [personally identifiable information’s] lifecycle within the organization and proportionate to the sensitivity of the PII to protect against loss, theft, unauthorized access or acquisition, disclosure, copying, use or modification.”

Information Protection Processes and Procedures: “Securely dispose of, de-identify, or anonymize PII that is no longer needed. Regularly audit stored PII and the need for its retention.”

Protective Technology: “Audit access to databases containing PII. Consider whether PII is being logged as part of an independent audit function, and how such PII could be minimized while still implementing the cybersecurity activity effectively.”

And the Preliminary Framework’s definition of PII is fairly broad:

Information which can be used to distinguish or trace an individual’s identity such as the individual’s name, social security number, biometric records, etc., alone, or when combined with other personal or identifying information which is linked or linkable to a specific individual, such as date and place of birth, mother’s maiden name, etc.

As these examples indicate, the draft Privacy Methodology has taken a very expansive view of how organizations should approach and address the privacy implications of cybersecurity operations. Whether or not the proposal changes between now and Feburary 2014, what does the inclusion of privacy and civil liberties ultimately mean for organizations that adopt the final Cybersecurity Framework and for the privacy professionals that work for those organizations? There are at least two significant implications:

Even without voluntary adoption, the framework may end up becoming part of the regulatory structure. In August, the Administration’s Cybersecurity Coordinator wrote that “agencies will recommend [ways to] make compliance easier, for example: eliminating overlaps among existing laws and regulation, enabling equivalent adoption across regulatory structures.” As agencies take steps to embed the framework into their programs, the framework could end up establishing a comprehensive privacy framework for cybersecurity operations. Because organizations may find it difficult to implement the framework’s privacy methodologies only for cybersecurity operations, the Privacy Framework could become a de facto set of standards for handling PII.

As mentioned above, the Framework is now open for public comment. NIST has announced that there will be a Cybersecurity Framework workshop November 14-15, and privacy is on the agenda. Organizations have until December 13 to assess the Framework and direct their comments to NIST, which has indicated that it welcomes input on the Privacy Methodology. The comment period provides organizations with an opportunity to voice their suggestions on practical ways to address the role of privacy considerations in the Framework.

Hello, U.S. Digest readers! Happy Friday from southern Maine, where we’re immersed in stunning fall foliage. October is my absolute favorite month of the year here in New England. The bright reds, oranges and yellows, the sounds of leaves rustling along the ground, mums and pumpkins dotting porches...
END_OF_DOCUMENT_TOKEN_TO_BE_REPLACED queue Save This

A federal privacy law in the U.S. is not on the immediate horizon, but the conversation for why it makes sense to draft legislation rages on. There’s reason to believe a federal standard for privacy could generate a remedy to the many privacy issues the U.S. currently faces, including those associat...
END_OF_DOCUMENT_TOKEN_TO_BE_REPLACED queue Save This

Many issues are top of mind for privacy professionals these days and the list continues to build. Those working out of the U.S. have their plates full with state privacy law compliance, data transfer conundrums and user privacy requests. There are few things that can help unlock solutions to these ...
END_OF_DOCUMENT_TOKEN_TO_BE_REPLACED queue Save This

A federal privacy law in the U.S. is not on the immediate horizon, but the conversation for why it makes sense to draft legislation rages on. There is reason to believe a federal standard for privacy could generate a remedy to the many privacy issues the U.S. currently faces, including those associa...
END_OF_DOCUMENT_TOKEN_TO_BE_REPLACED queue Save This

U.S. Congress, industry, civil society and the White House have all taken steps toward the creation of a federal privacy law. While what a federal privacy law will look like — and if and when it will happen — are still unknown, the IAPP has been closely monitoring the happenings and has now created ...
END_OF_DOCUMENT_TOKEN_TO_BE_REPLACED queue Save This