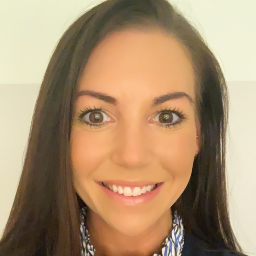 For the third straight year, the Washington State Legislature missed an opportunity to pass a multi-rights general data privacy bill before it adjourned Sunday. The failure illustrates the difficulty of passing broad privacy legislation in an environment where both business and privacy and trial lawyer groups are well organized and influential and disagree about key issues.

Sponsor State Sen. Reuven Carlyle, D-Wash., introduced Senate Bill 5062, the Washington Privacy Act, early in the session, incorporating several changes advocated for by privacy groups and business groups. The net result was more demanding in several ways (for example, on loyalty programs and service provider obligations) than in a variant of the WPA enacted in Virginia this year. The bill also boosted funding for the attorney general's office to enforce the bill but did not add a private right of action. The WPA passed the Senate by a bipartisan vote of 48 to 1 margin.

However, beginning in the winter of 2020–21, Rep. Shelley Kloba, D-Wash., began to circulate and eventually introduced The People's Privacy Act, a wide-ranging opt-in privacy bill, which was strongly supported by the American Civil Liberties Union of Washington and the plaintiff’s bar. The influence this effort had on many progressive members of the House Democratic Caucus cannot be overstated, as those votes were critically absent when the WPA moved to the House of Representatives.

As in the previous two years, the most difficult issue remained private right of action enforcement. House Speaker Laurie Jinkins made it clear the bill would not be heard on the House floor unless it included a private right of action. For this reason, House Civil Rights and Judiciary Committee Chair Drew Hansen sought to craft a compromise by introducing a comprehensive striking amendment that included an injunctive relief PRA and enforcement under the state's unfair and deceptive acts and practices statute. His striking amendment also included elements from The People's Privacy Act in an effort to garner support from progressive members of his caucus. These additions included:

This effort failed to find sufficient common ground. The majority of business groups raised concerns over private rights of action for injunctive relief and several of the substantive changes above. The bill lacked Republican support. The ACLU and consumer advocate groups stuck to their guns insisting on a stronger private right of action, and progressive Democratic support did not materialize.

Even after the state bill cut-off deadline came and went, Hansen and Carlyle continued to negotiate and work to whip votes among members of the House. Carlyle, who had previously rejected the 2019 and 2020 House versions of the bill because they contained a private right of action, urged business groups to consider injunctive relief as a viable option to pass a bill before adjournment.

The Senate version of the WPA may well have obtained enough bipartisan support to pass the House had it been given an opportunity to receive a vote. However, the House speaker foreclosed that option, illustrating one of the major challenges in finding common ground to passing privacy legislation at the state level.

There is a reason for much greater optimism in striking this balance in federal privacy legislation, but privacy advocates and plaintiffs’ lawyers have yet to prevail on this issue at the state level.

Photo by Charles Lenhart on Unsplash

The Washington state House of Representatives failed to advance the Washington Privacy Act Sunday, its last day to pass the bill this session, but its fate is not yet set in stone. While April 11 was the deadline for non-fiscal bills to pass out of the House, sources indicate the chamber is still n...
END_OF_DOCUMENT_TOKEN_TO_BE_REPLACED queue Save This

A version of the Washington Privacy Act amended by House of Representatives lawmakers last week to include a limited private right of action received pushback from industry representatives Thursday but was ultimately passed by the House Appropriations Committee in a 19–14 vote. Of the 12 witnesses ...
END_OF_DOCUMENT_TOKEN_TO_BE_REPLACED queue Save This

6 things to watch for in the US privacy law debate

Privacy law is changing rapidly. We are seeing new laws at the state level, both general and specific. Enforcement is growing from a variety of regulators. Security breaches are in the news regularly. New technologies consistently lead to new privacy challenges. Data is being gathered in almost asto...
END_OF_DOCUMENT_TOKEN_TO_BE_REPLACED queue Save This

House lawmakers in Washington state on Friday advanced an amended version of the Washington Privacy Act that adds a limited private right of action and incorporates changes in alignment with California privacy law. In a partisan 11–6 vote, the House Civil Rights & Judiciary Committee approved a...
END_OF_DOCUMENT_TOKEN_TO_BE_REPLACED queue Save This

Will expectations for US privacy legislation overwhelm the process?

Are the goals of a comprehensive federal privacy bill to cure the ills of surveillance capitalism? What about algorithmic discrimination? Labor displacement through artificial intelligence? Data monopolies as a driver of concentration? Law enforcement through private observation?  Passing comprehen...
END_OF_DOCUMENT_TOKEN_TO_BE_REPLACED queue Save This