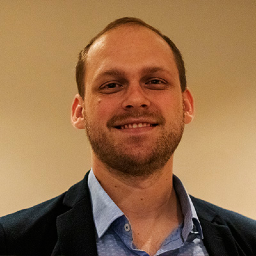 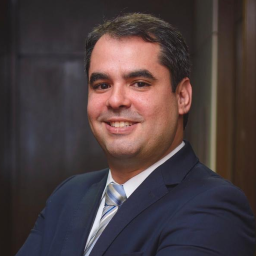 The attention on the data protection officer function has been substantially increased after the EU General Data Protection Regulation entered into force, and that has brought a lot of discussions and doubts regarding how to implement its role in an effective manner without excessive burden to the organizations and, of course, in a way to fully comply with the regulation.

The following is a consolidation of some of the most enlightening decisions outlined by European data protection authorities to help you understand how to address practical problems that companies and privacy professionals usually face.

Appointing a DPO located in another country

The Hamburg Commissioner for Data Protection and Freedom of Information imposed a fine of 51,000 euros on the German branch of Facebook because it had failed to appoint a DPO. As its defense, Facebook has argued that its DPO was appointed in Ireland, and it would act as DPO for all European Facebook branches. On the other hand, the German DPA argued that Facebook did not notify about the referred nomination.

Can a DPO represent its controller or processer before the DPAs?

The Hellenic Data Protection Authority, after receiving several requests from controllers to be represented by their DPOs, released a statement that DPOs are not allowed to engage in a role as the controller’s representative before the authority, considering that this could jeopardize the autonomy or independence of the DPO.

This decision is perfectly aligned with the EDPB guidelines on Data Protection Officers and Article 38(6) of the GDPR, since that representing the controller before the DPA means defending and protecting the organization's interests, losing the necessary impartiality to the DPO exercise its second line of defense role.

Limits to act as an outsourced DPO

The EDPB guidelines on DPOs allow controllers and processors to designate an external DPO based on a service contract but recommends that the third party designates a lead individual to be the person in charge and lead contact.

Considering this, the Administrative Court of Puglia issued a decision bringing an interesting point regarding the hiring of an outsourced DPO, stating that the individual pointed as the DPO should belong to the hired company. In other words, it is not possible to hire a company as an outsourced DPO and have this company also hiring an external individual to fulfill this role.

The Spanish DPA, Agencia Española de Protección de Datos, has imposed a fine of 25,000 euros to the IMPOSTAR GLOVOAPP23 for not formally appointing its DPO. The company alleged that it has constituted a data protection committee to cover the company's technical areas, as well as the data protection subcommittee, which should also perfume the tasks of the DPO.

However, the AEPD understood that having this committee is not enough to fulfill with the obligation of Article 37 of the GDPR. This decision is relevant, especially because it brings the understanding that, despite the structure and roles set out for privacy and data protection within one organization, it should not be exempted to appoint the DPO when it is required by the regulation.

Can a DPO also do compliance, internal audit and risk roles?

The Belgian Data Protection Authority issued a very polemic decision when analyzing the position of the DPO in a telecom company that designated as the DPO an individual who also served as the head of compliance, internal audit and risk management.

Making a long story short, the company was fined 50,000 euros for infringement of Article 38(6) of GDPR. But before panicking, it is necessary to understand this decision in its details.

First of all, the Belgium DPA made clear that conflict of interest should be analyzed case by case, and this decision does not necessarily mean that all compliance officers cannot be designated as the DPO.

The authority brought four key questions on which to base its decision:

In this particular case, the DPA considered that those questions were not sufficiently addressed, resulting in the aforementioned sanction.

But, reading between the lines of this decision, two points are worth discussing further. First, in some moment at the beginning of the administrative procedure, the company stated that the DPO was the data controller in the compliance, internal audit and risk management departments, being in a position to define the purpose and the means of processing personal data.

Second, the authority expected that, considering the size of the company and how relevant the processing of personal data is for its business, it had a higher level of diligence and maturity in complying with the GDPR.

It is important to recognize that there are numerous additional issues and queries not addressed or either answered by these decisions. However, they bring some relevant outlines that should guide your organization, together with the guidelines and opinions, to compliance with the GDPR when related to appointing a DPO or regarding its functions.

Photo by Tom Sekula on Unsplash

How to ensure you appoint an independent DPO

5
In light of recent regulator action regarding data protection officer independence, it's an important moment to consider the ethical and practical considerations surrounding the appointment of a DPO. A sporting analogy is helpful here: The essential question to consider is can one player be a coach...
END_OF_DOCUMENT_TOKEN_TO_BE_REPLACED queue Save This

GDPR’s second anniversary: A cause for celebration — and concern

Spanning more than 100 pages and 50,000 words — that’s 20,000 words more than Shakespeare’s "Hamlet" — the EU General Data Protection Regulation is more a hike up Mont Blanc than a stroll in the Jardin du Luxembourg. Adopted to great fanfare in 2016 and launched two years ago, May 25, 2018, it is of...
END_OF_DOCUMENT_TOKEN_TO_BE_REPLACED queue Save This

Guidance for a cloud migration PIA

5
There’s something exciting about migrating data to a new environment. It’s an opportunity to start fresh, like the decluttering and reorganizing we do before we move to a new house. It’s also the time to really think about what personal data we are migrating and how we intend to allow for its proces...
END_OF_DOCUMENT_TOKEN_TO_BE_REPLACED queue Save This

Breaches at our front door: What we can learn from Clearview AI

A new competitor has entered the ring to dethrone Cambridge Analytica as the biggest privacy scandal of recent times: Clearview AI. In case you missed it, Clearview AI is a facial-recognition app that scraped millions of photos from the web to help law enforcement identify unknown people. Not long a...
END_OF_DOCUMENT_TOKEN_TO_BE_REPLACED queue Save This

1
For all the changes the EU General Data Protection Regulation ushered in, the requirement that applicable organizations must hire a data protection officer has caused its fair share of heartburn. The mandate that the position must be independent and monitor a company's compliance with the law, as we...
END_OF_DOCUMENT_TOKEN_TO_BE_REPLACED queue Save This