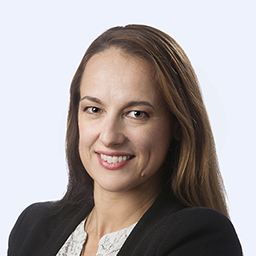 As we enter the new lunar year, in Hong Kong, the Privacy Commissioner has announced that his office has seen a nearly 20 percent increase in breach notifications in the last year. While the Privacy Commissioner expressed concern at the rising trend, he was also pleased that the more organizations are willing to notify the incident voluntarily and to work with the Personal Data Protection Commission in the response process.

Once the new law receives presidential assent and comes into effect, the Singapore government will have the powers it says it needs to safeguard essential services in the key regional hub, but some commentators have queried the business costs involved when Singapore is reported to be already spending more on cybersecurity than the average nation when calculated as a percentage of its GDP.

Separately in Singapore, on 1 Feb., the PDPC released its response to feedback received on its public consultation on approaches to managing personal data in the digital economy, which took place in the second half of 2017. The PDPC’s response may provide a “preview” of the changes likely to be introduced to Singapore’s Personal Data Protection Act, such as the introduction of an enhanced framework for collection, use and disclosure of personal data and a mandatory data breach notification.

A debate is also growing in Australia on the security of data but from a very different perspective. The Australian Parliament’s Joint Committee on Law Enforcement has an inquiry underway on the impact of new technologies on law enforcement, including the impact of encrypted communications on police investigations. Legislation is said to be under preparation to enable law enforcement to adapt to the challenges of encrypted communications, but the scope of the reforms contemplated is not yet clear. It will be interesting to see how the Australian government balances genuine concerns for effective law enforcement with the public expectation of privacy in communications. And, of course, we are on the one-week countdown until the mandatory breach notification law takes effect in Australia.

There is a lot happening in this part of the world. All the best for the Year of the Dog!

The South China Morning Post reports Chinese ride-hailing company Didi Chuxing is completing privacy compliance measures to get its mobile applications restored on China's app stores. The company's 26 apps were removed July 2021 as a probe into potential privacy and cybersecurity violations was open...
END_OF_DOCUMENT_TOKEN_TO_BE_REPLACED queue Save This

Celebrating Hughes’ 20 years with the IAPP

In 2002, the International Association of Privacy Officers appointed a new executive director. Twenty years later, J. Trevor Hughes, CIPP, is still at the helm — though now as president and CEO — and what was once the IAPO is now the International Association of Privacy Professionals with 75,000 mem...
END_OF_DOCUMENT_TOKEN_TO_BE_REPLACED queue Save This

Technology companies including Meta and Microsoft, as well as groups like the World Wide Web Consortium and others have joined to create the Metaverse Standards Forum to build compatibility and industry standards, Reuters reports. Apple is not a member of the group thus far. The forum’s chair and Nv...
END_OF_DOCUMENT_TOKEN_TO_BE_REPLACED queue Save This

Google's Chief Privacy Officer Keith Enright, CIPP/G, CIPP/US, said the company would shift toward keeping the least possible amount of customer information, The Economic Times reports. The data kept would serve to comply with law enforcement agencies and legal requests. The move would also reduce r...
END_OF_DOCUMENT_TOKEN_TO_BE_REPLACED queue Save This

Axios reports Meta's Instagram is piloting an age verification scheme with U.S. users to better enforce age restrictions and bolster children's online safety. Verification methods for users changing their age from under 18 to over 18 include uploading IDs with a 30-day retention period, recording a ...
END_OF_DOCUMENT_TOKEN_TO_BE_REPLACED queue Save This