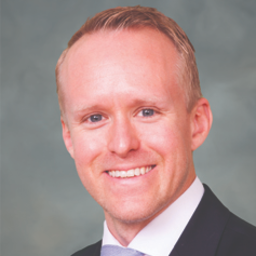 On Dec. 1, the Wiesbaden Administrative Court issued a first-of-its-kind decision holding that companies cannot use a cookie management provider that relies on a U.S.-based service to collect data, irrespective of whether the data actually ever leaves the EU. Because cookie management requirements apply for EU websites generally, EU-wide adoption of this case’s theories would affect a broad range of companies that do business both within and outside the EU. Although the decision was made at the interim injunction stage and could thus be modified if the case proceeds to trial, its implications are significant and warrant attention now. The plaintiff’s attorney in the case has described to media his view that “website plugins that are hosted and loaded by a cloud service with any U.S. connection” now create “impermissible data transfers.” Although the “any connection” statement is overbroad as a matter of U.S. law, that quotation suggests the range of cross-border transfers prohibited under the court’s approach.

The Rhine-Main University of Applied Sciences integrated the cookie management tool “Cookiebot,” from the Danish company Cybot, on its website. Cookiebot displays a banner that lets the user set her cookie preferences. When the user does so, Cookiebot collects, inter alia, the user’s IP address, the URL governed by the user’s preferences (i.e., RMU’s website), and a unique random “user key” assigned to the user. The user key and preferences are stored locally so RMU’s site continues to honor user preferences. Cookiebot also stores all the above data in its own environment. Per Cookiebot, this is done so — as required by the EU General Data Protection Regulation — the company has demonstrable proof users consented to cookie storage.

The alleged problem was Cookiebot used a U.S.-based content delivery network (Akamai Technologies) to collect this data. Importantly, the Wiesbaden court appeared to accept that Akamai may have stored Cookiebot data on EU servers, and not in the U.S., which suggests Cookiebot’s agreement is with Akamai’s German affiliate. But the court, in part supported by testimony it requested from the Hessian Data Protection Commission, ruled this was irrelevant. It held that the mere use of a U.S.-based provider to collect IP addresses and user key data was an unlawful “transfer” because:

This decision has a number of noteworthy implications. Among the more salient are:

Implications of the decision

The new Wiesbaden decision continues a trend toward broader EU definitions of when data may not be processed by entities connected with third countries, including but not limited to the United States. In previous writing for the IAPP, Swire discussed the broad effects of guidance from the EDPB limiting data transfers, which was softened somewhat in final guidance, as well as the April 2021 decision to prohibit cybersecurity provider Cloudflare from providing services to Portugal’s census agency.

One significant aspect of the new decision is it seems to prohibit data processing even when the personal data is stored in the EU and never leaves the EU. The French cloud regulatory agency, ANSSI, has taken a similar position in its proposed certification program for “trusted” cloud providers, supporting the position that cloud providers be immune from foreign laws. Nigel Cory recently critiqued the breadth of the French proposal, which would set strict limits on non-EU control of providers who would serve French government agencies or other “vital” or “essential” services. As mentioned in the introduction, the plaintiff’s attorney in the Wiesbaden case claimed that all “website plugins that are hosted and loaded by a cloud service with any U.S. connection” now create “impermissible data transfers.” (Because the Wiesbaden court cited the CLOUD Act as a reason to limit U.S.-based services, we note that the claim for “any US connection” is incorrect, because the CLOUD Act only applies under U.S. law where there is possession, custody, or control in the U.S.)

Second, since the crux of the court’s decision was that the ability of non-EU governments to request data from an IT provider creates an illicit “transfer,” the headquarters of the provider should not be relevant. In other words, this decision would prohibit processing of data by any provider that is subject to both EU and non-EU law — even if the provider is headquartered in the EU — as long as a request by a foreign government could require production of data irrespective of storage location. Companies like SAP and Capgemini are just as internationally present as large U.S. organizations, and thus just as subject to receive requests from non-EU governments.

Third, another measure of the breadth of the decision concerns the routine nature of the personal data at issue — IP addresses linked only to a user’s cookie preferences on a university website. This breadth contrasts, for instance, with the Cloudflare case, which concerned census data historically treated as more sensitive. To the extent risk of improper access is considered, the Wiesbaden case appears to set a low threshold for permitting any such risk.

Fourth, the new case can be seen in context of other pending enforcement actions. NOYB has filed over 100 complaints alleging improper transfers to the U.S., for a range of data analytics and cookie plug-ins that are pervasive in the current online ecosystem. This first, interim Wiesbaden decision may thus be a harbinger of additional enforcement decisions affecting the operations of websites across the EU.

1
In November, the European Data Protection Board released two important documents with guidance on when personal data will be allowed to flow to the United States, India, China and many other non-EU countries. Expert European commentators have concluded the draft documents from the EDPB would apparen...
END_OF_DOCUMENT_TOKEN_TO_BE_REPLACED queue Save This

On June 21, the European Data Protection Board issued its highly anticipated final recommendations on supplementary measures for data transfers. The recommendations outline a process organizations can follow to transfer personal data outside the European Economic Area to ensure compliance with the "...
END_OF_DOCUMENT_TOKEN_TO_BE_REPLACED queue Save This

On April 27, 2021, Portugal's data protection authority, the National Data Protection Commission, ordered Statistics Portugal, in carrying out the national census, to suspend processing of personal data in any third country that lacks adequate privacy protections, including the United States. Accord...
END_OF_DOCUMENT_TOKEN_TO_BE_REPLACED queue Save This

With cloud computing, law enforcement investigations increasingly seek evidence that is held across borders, in a different country. As we describe in a separate IAPP post, this globalization of criminal evidence is prompting major legislative change and proposals. In 2018 alone, the United States p...
END_OF_DOCUMENT_TOKEN_TO_BE_REPLACED queue Save This

Greetings U.S. Digest readers! It’s been a chilly week here in Wells, Maine, and we’re anticipating more snow to come early next week, so while I may be wrapped up in wool sweaters and warm blankets, the 2022 legislative session across the U.S. is certainly doing nothing but heating up. So far, mo...
END_OF_DOCUMENT_TOKEN_TO_BE_REPLACED queue Save This