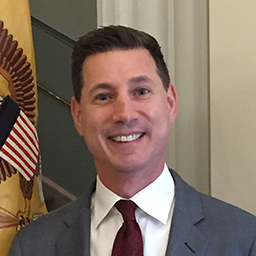 Over the past several years, a series of court decisions and legislation at both the state and federal level have produced significant gains for the lesbian, gay, bisexual and transgendered (LGBT) community in the U.S. While the community is celebrating these impressive achievements, prejudices remain and, too often, gay people are confronted with serious discrimination—from being denied service at establishments to being fired from a job. Recent controversies in states like Alabama and Kansas show that prejudice and discrimination retains a strong foothold in many corners of our country.

Imagine this situation: A young man or (woman) searches on his computer in the privacy of his home for information about sexual orientation or coming out as gay. Hours or days later, he receives ads for gay-related products or services while surfing on totally unrelated websites. Maybe this happens while at school, in the office or when sharing his computer with family members. Recent developments in cross-device tracking mean that ads for gay events or venues could surface not only on his home computer where he originally searched for the information, but on his work laptop or tablet. In addition, the ads could even be displayed on his parents’ computers, which could unknowingly be linked to his PC because they appear to be part of the same household.

There aren’t many examples where simply the presentation of an ad online can cause embarrassment or lead to more serious outcomes, but this is one of them. The consequences of being “outed” can be dramatic, particularly for young people, and can involve being subjected to serious emotional trauma.

Any person—young, old, male, female, gay or straight—should be able to search for valuable information about sexual orientation without fear that interest-based advertisements (IBA) with gay themes will pop up on unrelated music sites, news sites, streaming video sites and commerce sites.

This is not only my personal opinion; it is the view of nearly 100 of the most responsible companies in online advertising today.

Advertising, including IBA, provides the foundation for a thriving and diverse market of ad-supported free content and services. The companies that enable IBA must also uphold and preserve consumer trust. The Network Advertising Initiative (NAI) accomplishes this by developing and enforcing high standards for the responsible collection and use of data for IBA. The NAI Self-Regulatory Code of Conduct is a set of self-regulatory principles that require NAI member companies to provide notice and choice with respect to IBA and impose a host of substantive restrictions on NAI member companies' collection, use and transfer of data used for IBA.

NAI members who enable IBA and other forms of digital advertising understand that some information is sensitive and requires a different set of standards. This includes health data as well as data about sexual orientation. An individual should not need to worry that reading about an LGBT topic on one site will place their browser, device or user in a “gay” audience segment and cause ads to show up on totally unrelated sites at unexpected times. Perhaps it shouldn’t be sensitive, but in 2015 it is.

Similarly, a mother, friend or sibling searching for information to support or help someone grappling with these issues should not be placed in an advertising segment for “LGBT interests” and find ads for “gay health issues” when later shopping online.

This isn’t about the law. It’s about what’s right.

The free, diverse, ad-supported global Internet has important resources and information on these sensitive subjects. The worst outcome would be creating disincentives for people to use these resources because of fears of online ads on sensitive topics.

NAI believes in leading by example. Our most recent update to the Code made a significant, yet little-noticed change, which marks an important milestone for consumer privacy. In the 2013 Code update, NAI expanded the definition of sensitive information to include sexual orientation. In short, this means that, for the first time, the NAI Code prohibits its members from creating audience segments or interest categories for IBA based on an individual’s status or perceived status as LGBT without obtaining opt-in consent. Opt-in consent means what you think it means—in order for a browser or device to be associated with an audience segment that presumes an interest in LGBT products, issues or services—an individual must take an affirmative step or provide consent.

NAI, in consultation with industry leaders and experts, made this important change to the code to prohibit the creation of interest segments such as “gay male” or “interested in LGBT issues,” as well as the retargeting of visitors to sites that reflect the individual’s sexual orientation, such as dating or travel sites targeted to LGBT visitors. While advertising on such websites and to the LGBT community is incredibly valuable (indeed vital), NAI’s policy recognizes that LGBT status may be considered sensitive in some contexts, and therefore opt-in consent should be obtained before using this data for IBA.

This change does not prevent advertising online to the LGBT community. Search, display, contextual, email marketing and other forms of reaching LGBT consumers with online ads are still available and critically important both for the consumer and to the online ecosystem.

For example, when a consumer is reading an online website directed to members of the LGBT community, companies can advertise on those websites. Also, if, for example, there is a New York Times article about LGBT bed and breakfasts in the travel section, contextual ads displayed on the page are always an option. And, if a person performs a search on “gay cruises,” relevant ads will appear in the results. These are good things for both businesses and consumers.

There is no U.S. law that required NAI members to take this action. The NAI Board of Directors, whose membership includes industry leaders from digital media companies, voluntarily voted 12 - 0 to make this change in the Code. NAI members decided that expanding the definition of sensitive information to include sexual orientation and imposing new standards on themselves to prohibit this practice was the right thing to do for consumer trust and privacy.

This is how self-regulation is supposed to work.

I can’t think of a better example of proactive and responsible self-regulation. The fact is, if industry can demonstrate that we are responsible—that we acknowledge that some areas are sensitive and should not be the subject of IBA—then consumers will find more value in personalization and targeted advertising. Isn’t that what we all want in the end?

4
In the effort to provide all our event attendees with chances to gather and connect with other privacy pros, we’ve got some favorite networking options from years past lined up for the IAPP Global Privacy Summit as well as some brand new offerings, including Peer-to-Peer Roundtables, KnowledgeNet Ch...
END_OF_DOCUMENT_TOKEN_TO_BE_REPLACED queue Save This

A few weeks back, as part of the European Commission’s Digital Agenda for Europe, the Community of Practice (CoP) held its second-ever meeting to explore co- and self-regulatory best practices, and, today, the Council of Better Business Bureaus (BBB) is holding its first-ever meeting to develop self...
END_OF_DOCUMENT_TOKEN_TO_BE_REPLACED queue Save This

Companies Rolling Out Products with Privacy Protection in Mind

By Katherine AudetConcerns for privacy are at an all-time high. In light of recent events—the Target breach, Facebook’s change in its privacy policy for teens and the NSA controversy, among others—fear regarding the protection of personal data, or lack thereof, has grown significan...
END_OF_DOCUMENT_TOKEN_TO_BE_REPLACED queue Save This

US State of the Union to spotlight children's online safety, data collection limits

U.S. President Joe Biden is expected to discuss children’s safety online, as well as the need to strengthen data privacy for citizens, among other topics during his State of the Union address Feb. 7. Biden will call for “bipartisan support” of legislation banning targeted advertising and increasing ...
END_OF_DOCUMENT_TOKEN_TO_BE_REPLACED queue Save This