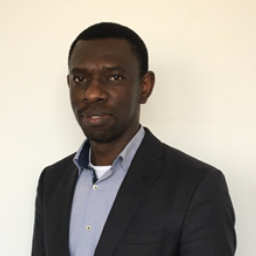 This article originally appeared, in German, in the Beck publication Zeitschrift für Datenschutz.

The Council of Europe’s Committee of Ministers recently adopted "Amending Protocol to the Convention for the Protection of Individuals with regard to Automatic Processing of Personal Data" (ETS No. 108) after several years of negotiations. The Protocol, now open for signature, modernizes Convention 108 to deal with innovations that have occurred in the area of information and communication technology since its original adoption in 1981 and to strengthen the convention’s effective implementation.

Novelties in the modernized Convention 108

The modernized Convention 108 significantly updates the 1981 version. Among other things, the amending protocol includes the following novelties:

One significant thing about the modernized convention is its compatibility with the EU General Data Protection Regulation, as both instruments tend to tackle similar data protection and privacy challenges posed by internet and communications technologies. Recital 105 of the GDPR, which indicates the European Commission will take into account a third country’s accession to Convention 108 in its adequacy findings, shows this compatibility. Convention 108 is still receiving new signatories with the latest being Mexico, marking the 53rd party. By including state parties across the globe, the convention is truly solidifying its nature as an international standard in the area of data protection.

The U.S. Supreme Court's recent decision to overturn Roe v. Wade dealt a blow to women's rights with the constitutional right to an abortion nullified and individual state legislatures now ultimately in charge of deciding if, when and for what reason a woman is allowed to have the procedure. The 6-3...
END_OF_DOCUMENT_TOKEN_TO_BE_REPLACED queue Save This

Defining health data: A major challenge for any privacy law

The draft American Data Privacy and Protection Act that is the focus of current attention raises many complex issues. I want to focus on one detail from the bill. My basic objective is to illustrate some of the difficulties of regulating health information that exists outside the health care system....
END_OF_DOCUMENT_TOKEN_TO_BE_REPLACED queue Save This

Roundup: Canada, Russia, US and more