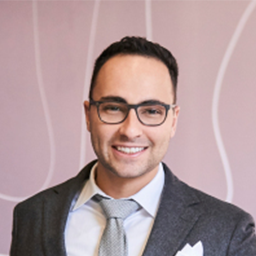 Last fall I spoke at the IAPP Privacy. Security. Risk. conference about the intersection of privacy and geolocation data. The timing could not have been more prescient as, for the first time ever, a state-level privacy (Connecticut, Virginia, California Privacy Rights Act) law had officially declared geolocation data as "sensitive."

Since then, a variety of state-level privacy laws have also declared some version of the words “precise location data” to be sensitive. Equally important, the U.S. Congress has upped the ante on this trend with the current draft of the American Data Privacy and Protection Act also declaring location data to be sensitive and places near-draconian restrictions on third-party data processing of this data.

What exactly is geolocation data?

In the Annotated Text of the California Privacy Rights Act, precise geolocation is “any data that is derived from a device and that is used or intended to be used to locate a consumer within a geographic area that is equal to or less than the area of a circle with a radius of 1,850 feet.” Lost in translation, however, is one fundamental question all mobility analytics companies ask when processing this type data — can we tell who this device belongs to?

Misunderstandings around identifiability have tragically led to a significant overreaction from legislators and privacy advocates alike. Even more importantly, essential use cases around city planning, supply chain monitoring, and public safety — all of which leverage pseudonymous identifiers, appear to be on the chopping block if legislative efforts like the ADPPA come to fruition.

We clearly need a new approach. The task before us — an alternative location data privacy paradigm that addresses genuine privacy concerns around reidentification, but nevertheless still enables the free flow of privacy-filtered information our society has come to rely upon. Keeping this goal in mind, I wish to humbly offer three general guideposts that lawmakers should consider when crafting future legislation that impacts geolocation data.

Various state and federal privacy bills call for an “affirmative express consent” standard for collecting location data. But this interestingly represents a significant break from pre-established privacy norms. Fun fact, the EU General Data Protection Regulation does not require data controllers to obtain a data subject’s consent prior to collecting geolocation data. Rather, geolocation data falls under the Article 4 definition of “Personal Data,” meaning that it is instead governed by the six legal bases of processing espoused in Article 6.

Much has been made of the fact that geolocation data was excluded from the Article 9 special categories of data. Several of the GDPR’s original framers have justified this omission by pointing to the fact that one’s location does not relate to an inherently personal characteristic of an individual — namely because one’s location is always changing. This fact, on its own, is viewed by many to disqualify location data from meriting a consent/opt-in standard.

Other GDPR framers have similarly highlighted the general “uniqueness” of geolocation data as a data category. Because location data is used to achieve far different business and societal objectives, common sense suggests that there are genuine situations where it would be more appropriate for location data to avail itself of the other legal bases of processing. For example, location data is critical to supply chain monitoring, smart city planning, and disaster planning. None of these use-cases are predisposed to operating within a consent framework.

Legislators should consider these critical functions of our society, and the serious disruptions that are likely to occur if there is no reasonable alternative available beyond “consent.” The drafters of the GDPR concluded that such an alternative is necessary. For that matter, even FTC Chairwoman Lina Khan recently labeled notice and consent frameworks as outdated and insufficient. We should follow both their leads.

This begs the question regarding what should constitute personally identifiable geolocation data in the first place. As a starting point, much of the location industry relies upon mobile advertising identifiers. While a MAID can be used to identify a specific device, it falls short of identifying a specific individual unless combined with a secondary matching table that contains names, phone numbers and more.

Fortunately, a substantial majority of the revenue earned in the mobility data industry does not come from processing device identifiers like the MAID. While a persistent device identifier like the MAID is still typically needed at the original point of collection, most mobility data analytics companies substitute these device identifiers for their own proprietary pseudonymous identifier. This in and of itself is a fantastic privacy control, as it enables aggregate-level analysis of the places we go, while also ensuring that the risk of reidentification is appropriately mitigated.

Unfortunately, the current definitions for precise geolocation data under the ADPPA and state-level privacy laws fail to appreciate this nuance. In doing so, these proposed rules directly threaten important use cases that greatly benefit our society, while also completely disregarding the organic privacy controls that the mobility data analytics industry (and its customers) have been relying upon for years. Future legislation should include an alternative definition for precise geolocation data that focuses instead on whether an entity is able to reidentify a specific individual. Banning use cases around reidentification would also help in this regard.

At the outset, there is certainly a need for sound privacy legislation to prevent the reidentification of individuals using location data. This is especially true for those devices which have visited a sensitive place of interest. Despite this obvious work-around, many advocates are still calling for a wholesale blackout of mobility data processing for these locations. While additional protections are needed, wholesale blackouts would lead to damaging public policy and, in truth, hurt the vulnerable communities and constituencies we are seeking to protect.

Lost in most headlines is the important analytical and research work that is currently being performed over these places. In many cases, this important work is performed by city-planners, nonprofits and real estate developers, meaning they are not able to enjoy the public research exceptions that are contemplated by most privacy bills. Importantly, nearly all this work is being performed using pseudonymous location data.

While potentially difficult to codify, we can see here that a sound privacy law would need to explicitly permit location data processing over sensitive locations in instances where the data controller is performing a service that is beneficial to society. A well-crafted law would therefore need to simultaneously apply three core privacy tenants over sensitive locations: 1. Reidentification bans, 2. Data minimization standards, and 3. Fiduciary duties that would apply over pseudonymous devices observed at these locations. These three tenants should naturally form the cornerstone of a new geolocation data privacy paradigm as we move into the next decade.

Is data localization coming to Europe?

4
Two years ago, the Court of Justice of the European Union invalidated Privacy Shield, the legal framework for EU-U.S. data flows. The consequences of that ruling reinforce the EU's digital sovereignty agenda, which increasingly sees data localization as one of its core elements. Since the "Schrems ...
END_OF_DOCUMENT_TOKEN_TO_BE_REPLACED queue Save This

France’s digital innovation laboratory, the Laboratoire d’Innovation Numerique, launched a test of a geolocation data set’s anonymization. The aim of LINC’s project is to understand the risks posed for reidentification when data brokers sell anonymized data. The database features 100 million data po...
END_OF_DOCUMENT_TOKEN_TO_BE_REPLACED queue Save This

1
As COVID-19 continues to spread throughout the country, the Peruvian government has implemented stronger policies and strategies that are aligned with measures that have proven to be effective around the world. These strategies now include the temporary collection and treatment of the population’s p...
END_OF_DOCUMENT_TOKEN_TO_BE_REPLACED queue Save This

The hack of Uber should serve as a warning sign that current market incentives do not prioritize cybersecurity, author and security technologist Bruce Schneier writes for The New York Times. He said any potential litigation brought against Uber will only “focus on the proximate causes of the hack.” ...
END_OF_DOCUMENT_TOKEN_TO_BE_REPLACED queue Save This

Greetings from Portsmouth, New Hampshire! Many have arrived at the realization that the current framework of the proposed American Data Privacy and Protection Act won't appease leadership in both chambers of U.S. Congress for one reason or another. This reality spurred conversations around amending...
END_OF_DOCUMENT_TOKEN_TO_BE_REPLACED queue Save This