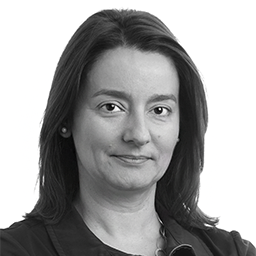 The second, a violation of integrity and confidentiality as a result of non-application of technical and organizational measures to prevent unlawful access to personal data under Article 5(1)(f), and also of Article 83(5)(a), a violation of the processing basic principles. There, the fine was 150,000 euros.

Both of the above were punishable with a fine of up to 20 million euros or 4 percent of the total annual turnover.

Finally, the CNPD fined under Article 32(1)(b), the incapacity of the defendant to ensure the continued confidentiality, integrity, availability and resilience of treatment systems and services as well as the non-implementation of the technical and organizational measures to ensure a level of security adequate to the risk, including a process to regularly testing, assessing and evaluating the technical and organizational measures to ensure the security of the processing. There the fine was for 100,000 euros, though the maximum fine was 10 million euros to 2 percent of the total annual turnover.

The defense submitted by the hospital referred that the CNPD could not be considered as the supervisory authority as per Article 51 because it had not yet been appointed formally. To this, CNPD responded that it is, for all purposes, the national authority which has the power to control and supervise the compliance in terms of data protection in accordance with the current Portuguese Data Protection Law.

Also, among its arguments was that the hospital used the IT system provided to public hospitals by the Portuguese Health Ministry and not its own systems.

Some facts considered proven by the CNPD:

When determining the amount of the fine, which was relatively low considering what it could have been, the CNPD considered the following, in accordance with Article 83(1)(a-k):

When determining the amount of the penalty the CNPD also considered the fact that the defendant took measures to regularize the situation.

The striking fact about this fine is that the CNPD acted upon a newspaper article and not on a complaint. From this we consider that it was particularly relevant to the CNPD that there were no documented procedures for access to the data, but also that the data involved were special categories of data.

It is also worth mentioning that in the first draft of the proposed new data protection law, there were no penalties applicable to the public entities. This was referred to by the CNPD: That it was not in line with the Portuguese legislative tradition. This fine is in line with that opinion. In fact, according to the CNPD, to exempt public entities from the application of the fines violates the principle of equality and weakens the protection of citizens' fundamental rights.

The decision was not published in the CNPD site, which obviously does not contribute to promote public awareness and understanding of the risks, rules, safeguards in relation to the processing, as provided for in Article 57 of the GDPR.

Looking ahead to the first full year of the GDPR

While no major enforcement actions were taken under the EU General Data Protection Regulation in 2018, privacy professionals believe the upcoming year could be different as regulators get comfortable with the new rules, AdExchanger reports. “I think people were expecting a massive fine on Day One,” ...
END_OF_DOCUMENT_TOKEN_TO_BE_REPLACED queue Save This

Though not a final decision, the Norwegian Data Protection Authority issued a warning to the municipality of Bergen that it may be facing a fine of 1.6 million NOK for violating the EU General Data Protection Regulation, DN.no reports. A primary school in Bergen left the usernames and passwords for ...
END_OF_DOCUMENT_TOKEN_TO_BE_REPLACED queue Save This

Dispatch from Brussels: GDPR enforcement, guidance to come in 2019

Now that six months have passed since the EU General Data Protection Regulation went into effect, gauging the potential for enforcement action is top of mind here in Brussels. Threaded throughout this opening day of the IAPP Europe Data Protection Congress has been insights from some of the EU's top...
END_OF_DOCUMENT_TOKEN_TO_BE_REPLACED queue Save This

On Nov. 21 , the State Commissioner for Data Protection and Freedom of Information Baden-Wuerttemberg (LfDI) imposed the first fine under the GDPR in Germany. The fine was imposed on a social media company for a violation of its data security obligations. This is not the first GDPR-related fine in E...
END_OF_DOCUMENT_TOKEN_TO_BE_REPLACED queue Save This

Nemitz looks at 'Fines under the GDPR'

European Commission Principle Advisor Paul Nemitz has an article titled “Fines under the GDPR” that appeared in the CPDP 2017 Conference Book. The article looks at the purpose of fines and the structure of Article 83 of the EU General Data Protection Regulation and examines the ways competition law ...
END_OF_DOCUMENT_TOKEN_TO_BE_REPLACED queue Save This