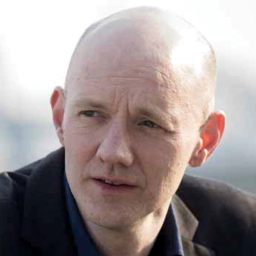 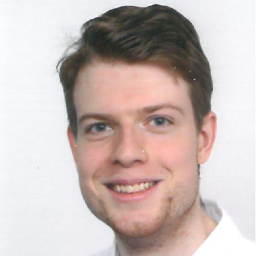 States worldwide are turning to technology to make the welfare state more efficient and mitigate welfare fraud. In the Netherlands, the state used a digital welfare fraud detection system called Systeem Risico Indicatie. The SyRI was a system that used personal data from different sources and uncovered fraud. In 2020, a Dutch court decided the SyRI legislation was unlawful because it did not comply with the right to privacy under the European Convention of Human Rights. This is among the first time a court invalidated a welfare fraud detection system for breaching the right to privacy. We analyze the judgment and its implications in a full paper; below are some of our main points.

The SyRI system and the court case

In 2018, six nongovernmental organizations formed a coalition to sue the Netherlands over SyRI. These were human and civil rights-related NGOs such as the Nederlands Juristen Comité voor de Mensenrechten, Platform Bescherming Burgerrechten, Privacy First and Stichting KDVP, along with the Netherlands Trade Union Confederation and De Landelijke Cliëntenraad, an NGO that represent clients at the national level for labor and income issues. Lastly, two famous Dutch authors joined the coalition: Tommy Wieringa and Maxim Februari.

The U.N. Special Rapporteur on Extreme Poverty and Human Rights Philip Alston submitted an amicus brief to the court in the SyRI case. The letter discussed the SyRI system in the context of the digital welfare state. It is unusual in Dutch court cases that an international organization or a U.N. official writes an amicus brief.

In 2020, a Dutch court decided the SyRI legislation was unlawful because it did not comply with the right to privacy under the European Convention of Human Rights. According to the court, the SyRI system did not strike a fair balance between fraud detection and privacy. The court's most important reasons were the SyRI system was too opaque, it collected too much data and the purposes for collecting the data were not clear and specific enough.

Regarding transparency, the court mentioned the uncertainty regarding what SyRI was. There were no indications SyRI used deep learning or data mining. However, the court noted the SyRI legislation made it possible for the state to use such applications. Furthermore, the risk model and its indicators were not public. Additionally, the legislation contained no duty to inform people their data had been processed.

The court stated "the SyRI legislation in no way provides information on … which objective factual data can justifiably lead to the conclusion that there is an increased risk." Moreover, the court noted there was a risk SyRI was biased against people in lower-income neighborhoods. Because the working of SyRI was not revealed by the state, it could not be verified if SyRI used a discriminatory algorithm.

The court then assessed the data minimization and purpose limitation principles. The SyRI legislation was obscure about how much data could be collected and for which purpose the data was collected. The legislation was therefore not specific enough about the amount of data collected and the purpose for the collection of the data. The court's conclusion was that the right to privacy, as protected by the European Convention of Human Rights, had been violated.

Soon after the judgment, the Dutch government said it would not appeal the ruling. Therefore the judgment is final.

We show in the paper the immediate effects of the judgment are limited. The judgment does not say much about fraud detection and automated decision-making in general. A court might approve a similar system if the government ensures more transparency.

Still, the SyRI judgment is important. The judgment reminds policymakers that fraud detection must happen in a way that respects data protection principles and human rights, such as the right to privacy. The judgment also confirms the importance of transparency about how personal data is used.

How to make responsibly sourced data the rule, not the exception

1
Data has become a four-letter word. We even worry about the application of data in estimating disease spread or planning health care for fear that once collected and shared, the data could eventually be misused and applied to an altogether different use. Consumers have been conditioned to look for ...
END_OF_DOCUMENT_TOKEN_TO_BE_REPLACED queue Save This

The Guardian reports a Dutch court has ruled the country’s government must stop an automated surveillance program used to detect welfare fraud. The risk indication system gathers data on citizens’ employment history and personal debt and benefit records. The information is run through an algorithm t...
END_OF_DOCUMENT_TOKEN_TO_BE_REPLACED queue Save This

Can call centers rely on legitimate interests for audio recordings?

Every command we give to our voice assistants and every conversation we have with call centers, we create voice data. Voice data has become the next frontier in the surveillance economy because every communication via speech gives critical insights into customers’ emotions, expectations and needs. A...
END_OF_DOCUMENT_TOKEN_TO_BE_REPLACED queue Save This

Will the EU become an information island?

2
The recent decision of the Court of Justice of the European Union in the "Schrems II" case has released a tsunami in the privacy community that threatens to massively disrupt trans-Atlantic commerce if no political solution is found. While the case before the CJEU related only to the United States, ...
END_OF_DOCUMENT_TOKEN_TO_BE_REPLACED queue Save This

Technology and business research companies expect the artificial intelligence market will continue expanding significantly in the coming years. AI is not a single technology. The ICO defines AI as "an umbrella term for a range of technologies and approaches that often attempt to mimic human thought ...
END_OF_DOCUMENT_TOKEN_TO_BE_REPLACED queue Save This