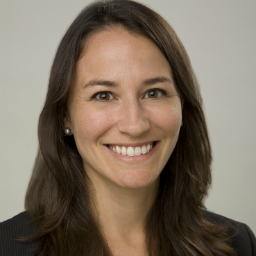 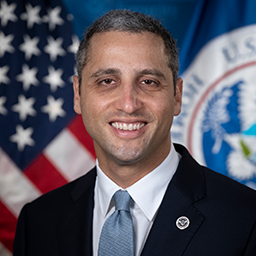 World Wrestling Entertainment, Dow Jones, and a data analytics firm working for the Republican National Committee are three entities with seemingly little in common. Yet all three store data in the cloud and all three recently suffered data breaches. These data breaches were not conducted by malicious hackers seeking to sell or otherwise exploit users’ personal information, however. To the contrary, each was approached by a so-called “white hat” hacker, a security researcher seeking to identify and correct vulnerabilities in others’ IT infrastructure.

White hats typically work to identify vulnerabilities in website or cloud storage configurations and then contact the owners to notify them of what they’ve found. White hats generally publicize their findings, thus enhancing their reputations as hackers, but only after giving the host organization an opportunity to patch the vulnerability to avoid exposure of sensitive data. A true white hat tries not to harm consumers or to expose sensitive information. But white hats will often access sensitive consumer data for the purposes of showing to the host that the data is unprotected. Moreover, some white hats actually download the data as proof in case the host organization denies that data was ever accessible.

White hats and their “target” companies are therefore in a relationship that blends the friendly and the adversarial. On the one hand, the white hat is helping the company by bringing a vulnerability to its attention and allowing the company to patch it before anyone is harmed. On the other hand, the white hat may publish what she has found, often in highly critical terms, embarrassing the company and raising reputational and legal risk. White hats will typically want to engage with the company as they prepare to publish, placing companies and their counsel in a delicate position.

So what is the minefield that companies and their counsel must navigate when they are approached by a white hat hacker?

Playbook when a white hat emerges

When a company is contacted by a white hat claiming to have accessed sensitive information, the two sides begin an uncomfortable sequence of arms-length negotiations. The company must keep its key objectives defined and always in mind: (1) mitigate security vulnerabilities; (2) protect data; (3) minimize harm to corporate reputation, including through external messaging; and (4) comply with any legal and regulatory requirements that the breach may trigger. All actions should be for the purpose of achieving one or more of these objectives.

After making a forensic determination about the scope of the breach, companies will need to evaluate their compliance obligations under state data breach notification laws. Breach notification statutes are not uniform and notification obligations often vary across states depending on the particular facts surrounding the breach. That means that in some white hat scenarios, notifications will be required in some states but not others.

The white hat’s acquisition of or access to data — albeit briefly and without harmful intention — likely qualifies as a “security breach” under some state laws. This is generally the case in states with statutes that do not require any showing of risk of misuse or harm to consumers as a predicate to triggering the notice obligation. In other states, however, notification requirements are triggered only where the unauthorized acquisition of data creates a “risk of harm to a consumer.” Still other state notification requirements are triggered only where the company believes that the breach has resulted or will likely result in identity theft or fraud.[3]   For states in which notification requirements are triggered by the risk of misuse of customer information or risk of harm to the consumer, companies may not be required to initiate consumer and regulatory notifications because bona fide white hat hacking arguably poses no risk of misuse or harm to the consumer.

While being prepared to respond to white hat hacking is essential, there are also ways to prevent these types of breaches from occurring in the first place. Companies handling sensitive information should consider the following:

They have good intentions and perform a valuable public service, but white hats can still cause headaches for companies that are unprepared. This playbook will help counsel navigate the experience. And by employing our protective recommendations, companies may be able to avoid the white hat experience all together.

Hack the Trackers Taps Into the Post-Snowden Zeitgeist

What do you get when you put a group of talented, self-motivated developers, tech-savvy judges and folks who built one of the Internet’s most-successful online privacy tools into the same room? This coming Saturday, you’ll get Hack the Trackers....
END_OF_DOCUMENT_TOKEN_TO_BE_REPLACED queue Save This

Quartz reports that those of us who’ve been setting our Instagram accounts to “private” may not be sharing as selectively as we thought. “A privacy hole was publicly exposing an untold number of photographs Instagram users believed were private, until Instagram fixed it this weekend,” the report sta...
END_OF_DOCUMENT_TOKEN_TO_BE_REPLACED queue Save This

Google engineers discuss their decision to work with the KrebsOnSecurity blog after a September 2016 distributed denial-of-service attack left the blog without protection, Ars Technica reports. "What happens if this botnet actually takes down google.com and we lose all of our revenue?" Google Securi...
END_OF_DOCUMENT_TOKEN_TO_BE_REPLACED queue Save This