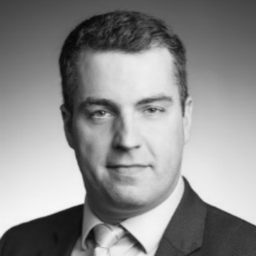 On March 12, the Czech Chamber of Deputies approved two bills adapting Czech law to the EU General Data Protection Regulation — the Data Protection Act and the Accompanying Act. This comes more than nine months after the GDPR came into effect. The bills will now be presented to President Miloš Zeman for his signature.

The Data Protection Act fully replaces the current Czech Data Protection Act and includes several local derogations and exceptions (primarily for the public authorities). The act also includes provisions on the constitution and powers of the Czech Data Protection Office. In addition, it transposes Directive 2016/680, which regulates the processing of personal data related to preventing and investigating crimes and regulates the processing of data while ensuring the defense and security mechanisms of the Czech Republic. The Accompanying Act affects and amends more than 30 laws in connection with the GDPR and Directive 2016/680.

The approved bills bring about a few important changes (besides legislative-technical changes), mainly:

Most importantly, the deputies have completely abolished fines for all public authorities and bodies. The scope of this wide exception remains to be interpreted, but it will most likely cover all governmental bodies, ministries, municipalities, schools, public hospitals, and other controllers and processors established by a legal act for the fulfillment of duties in public interest. In addition, the Czech Data Protection Office is, as a general rule, allowed to drop minor offenses without initiating formal proceedings and without notifying the person concerned.

Apart from other things, the deputies have not approved the widely discussed lowering of the age limit to 13 years for the necessity of the consent of a legal representative for using online services. Finally, the age limit for children’s consent is raised to 15 years.

A hardly visible though important change is the extension of the authority of the Czech Data Protection Office. According to the Accompanying Act, the office has gained new powers in the area of free access to information. Among other things, the office obtains a new power to issue (a directly enforceable) instruction to subordinate authorities to provide information (the change affects primarily Act 106/1999 Coll., on free access to information). The office would lead the review procedure of provision of information and has been authorized to issue these kinds of orders. These provisions should come into effect from Jan. 1, 2020.

The act is now waiting for the signature of the president. With regards to this procedure, it is expected that the act will be approved and effective sometime in April 2019.

Photo by Anthony DELANOIX on Unsplash

What will the new year bring in privacy and data protection legislation? Well, to name just a few highlights, we've got a handful of EU member states still needing to pass laws addressing the General Data Protection Regulation, India is in the midst of debate over a new law, Brazil's law will get th...
END_OF_DOCUMENT_TOKEN_TO_BE_REPLACED queue Save This

Czech cybersecurity agency warns against use of tech from Huawei, ZTE

The Czech Republic’s National Cyber and Information Security Agency advises companies within the country to no longer use software and hardware from Huawei and ZTE, ZDNet reports. The agency warns technology from the companies could be used as surveillance tools for the Chinese government. The U.S. ...
END_OF_DOCUMENT_TOKEN_TO_BE_REPLACED queue Save This

Policymaker attention. It is the dream of the policy wonk. It is the nightmare of the policy wonk. Attention and relevancy to the national discourse can take a focused beam of policy ideas and pass it through political prisms, fracturing the conversation into disconnected sound bites. For example, ...
END_OF_DOCUMENT_TOKEN_TO_BE_REPLACED queue Save This

On June 24, the U.S. Supreme Court overturned Roe v. Wade, confirming the understanding contained in the draft decision leaked in early May. Roe v. Wade is a paradigmatic decision that secured the constitutional right to abortion in the country in 1973. After 49 years, it came to an end. The recent...
END_OF_DOCUMENT_TOKEN_TO_BE_REPLACED queue Save This