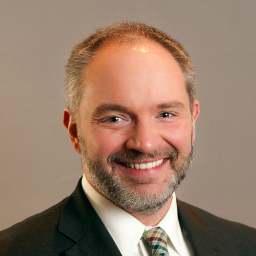 Many consumers fall behind on credit bills. Whatever the reason, a string of “late payment” letters often signals a person’s credit score is taking a big hit, as well. Many companies purport to offer a solution: File a claim with your lender that you’re a victim of identity theft, stating the account isn’t yours, and you will get a quick boost to your credit score. What’s more, if you stick with it, you might be able to get your delinquent account completely removed from your credit report, freeing yourself from any obligation to repay.

Sound too good to be true? Unfortunately, this scam is all too real. It’s called “credit washing” — as successful attempts effectively wash clean a person’s credit history of one or more bad debts — and is a growing problem for financial institutions, as well as for legitimate victims of identity theft.

At its heart, credit washing exploits protections U.S. Congress included in the Fair Credit Reporting Act designed to aid victims of identity theft. Under that law, if a consumer is a victim of alleged identity theft, they can alert the financial institution or any of the nationwide credit bureaus, which are required by law to block the reporting of the disputed account — called a “tradeline” — within four days. Granted, such a request from a consumer can be refused or later revoked if the institution can prove a misrepresentation, but that is not always possible in the narrow window of time granted by the law and the institution’s likely inability to determine malfeasance. When a delinquent trade line is not factored into a credit score calculation, that score can rise.

Over the past few years, financial institutions have seen a spike in the number of disputes on delinquent trade lines, with some reporting close to 1,000 per month. Looking back, this trend appears to correlate with a change made by the Federal Trade Commission, which provides the “identity theft report” a consumer can mail in to exercise their previously mentioned rights under the FCRA. In 2017, the FTC made it easier for victims of identity theft to exercise their rights by removing the requirement that a police report had to accompany their claim of identity theft. While this change was good for legitimate victims, it also made it easier for would-be credit washers, enabling them to take advantage of the system.

For an actual victim of identity theft, becoming one of 1,000 similar monthly reports a bank must investigate makes getting the high level of focused attention she deserves difficult. While the immediate credit score protection afforded by the start of the FTC process is nice, a victim likely has more significant issues to resolve, like determining the full extent of the damage, both financial and emotional, the identity theft has caused to their life. When resources are stretched thin, dealing with credit washers puts true identity theft victims at a distinct disadvantage.

Last year, the FTC drew attention to its own data, noting significant increases in reports of identity theft, as well as patterns indicating abuse of the resources available at identitytheft.gov. Additionally, the FTC and Consumer Financial Protection Bureau have increased their focus on credit repair schemes through enforcement actions and consumer advisories. Unfortunately, these efforts have not curbed the abuses.

To start, tackling the problem requires industry stakeholders to address two key priorities: First, define the issue by identifying a common set of patterns that indicate credit washing but exclude true identity theft victims; second, use those findings to accurately describe the size and scope of the problem and quantifying its financial cost.

While more work needs to be done, we’ve already learned some interesting behavioral trends: Repeat credit washers will proactively call their bank to request a credit line increase, and any new credit they’re able to obtain is often maxed out within weeks.

As our examination of the impact of credit washing on the financial industry continues, one thing is clear: Policymakers will need to work with the industry to find innovative ways to stem the flood of credit washing cases, making it harder to scam the system, while ensuring legitimate victims are afforded the protections they need.

Photo by rupixen.com on Unsplash

Fraudsters are nothing if not resourceful. But gone are the days of dumpster diving for credit card carbon papers. As is the relative ease of fabricating new plastic with stolen account numbers, which is no longer such an enticing proposition as EMV chip cards now dominate consumers’ wallets. If ins...
END_OF_DOCUMENT_TOKEN_TO_BE_REPLACED queue Save This

NBC News reports on a former identity thief turned security consultant. Once called the “Original Internet Godfather” by U.S. Secret Service, Brett Johnson now owns a consulting company specialized in combating cybercrime. Johnson said the Equifax breach has made it even easier for identity thieves ...
END_OF_DOCUMENT_TOKEN_TO_BE_REPLACED queue Save This

Personal data collection and user tracking are mainstays in advertising and retail business models, but utilizing both with regulatory compliance and user trust is more and more daunting. Data clean rooms, with their first-party data sharing capabilities, are the latest attempts at compliant, friend...
END_OF_DOCUMENT_TOKEN_TO_BE_REPLACED queue Save This