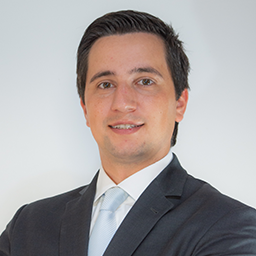 A Brazilian data protection authority was expected to be formed at the time the Brazilian General Data Protection Act passed in August 2018. Such authority, mentioned more than 50 times in the LGPD, would be responsible for overseeing the enforcement of privacy and data protection laws in Brazil.

While the LGPD was originally approved by Congress in August 2018, providing for the creation of the Brazilian DPA, the president vetoed its creation at that time due to a flaw in the legislative process. After the veto, on Dec. 28, 2018, the former president issued Provisional Measure No. 869, re-creating the Brazilian DPA and amending certain aspects of the LGPD. Congress had until June 3, 2019, to approve the provisional measures; otherwise, it would lose effect, and the ANPD would not be considered recreated.

Congressional representatives proposed 176 amendments to Provisional Measure No. 869 and the LGPD, most of which were intended to change the Brazilian DPA’s structure and other specific provisions of the law, some of which we detail below. On May 29 and 30, Congress approved the final text of Provisional Measure No. 869 and the provisional measure will now move forward for Presidential sanction (or vetoes).

Structure and enforcement powers of the Brazilian DPA

The ANPD will be the federal entity responsible for overseeing, issuing guidelines and enforcing data protection laws in the country. While the government did not want to create new expenses with such an authority (mostly due to fiscal responsibility issues), one of the major concerns was creating an independent agency. The ANPD is a government entity subordinate to the cabinet of the presidency, with no increase of expenses, but the LGPD expressly provides the “ANPD has technical and decision-making autonomy.” The ANPD will have two important bodies within its organization: the Board of Directors and the National Council. The Board of Directors will have five members, indicated by the president and with expertise on the privacy and data protection and will be responsible for the decisions taken by ANPD. The National Council, a multi-representative committee with 23 members of the government, civil society, research (scientific and technological) institutions, private and labor sector, will play the role of advisory board.

The main powers of the ANPD include:

The ANPD will be the main government entity responsible for the interpretation of the LGPD. In order to avoid multiple investigations for the same events, the LGPD expressly establishes that the ANPD will have prevailing jurisdiction to enforce data protection laws over the correlated jurisdiction of other public entities or bodies such as the consumer protection ones, but, it must coordinate enforcement actions with other bodies and entities.

Grace period: The LGPD originally provided it would enter into force in February 2020. Provisional Measure No. 869 extended the deadline for organizations to become compliant with the LGPD and the entry into force date moved to August 2020.

Penalties: Another important change relates to the inclusion of penalties of total or partial suspension from the database for up to six months or the illegal processing operation and, after applying a less burdensome sanction, permanent prohibition from carrying out data processing activities. Such penalties were originally provided in the LGPD but vetoed by the president in August 2018.

Sensitive data: Specific changes were made that allow the processing of health data for the protection of health, making it more flexible for health care service providers. Another change relates to the prohibition of shared use of sensitive data, which now sets forth that:

Risk assessment in insurance: The processing of sensitive health data by private health care providers for the selection, acceptance or exclusion of beneficiaries (risk analysis) is now expressly prohibited. Although this is a new prohibition from a privacy perspective, such practice was already prohibited by the National Regulatory Agency for Private Health Insurance and Plans since the beginning of private health activities in Brazil.

Very small enterprises and startups: ANPD now has express jurisdiction to establish different deadlines and procedures for micro and small enterprises, startups and innovation companies to facilitate compliance with the standards of LGPD.

Photo by sergio souza on Unsplash

In an interview with the Financial Times, U.K. Information Commissioner John Edwards offered comments and his vision for the future of U.K. data protection enforcement. Edwards discussed a "sharp supervisory focus" that will force Big Tech companies to "open up and be honest" about business models a...
END_OF_DOCUMENT_TOKEN_TO_BE_REPLACED queue Save This

The European Data Protection Board published guidance on the data subjects' right of access under the EU General Data Protection Regulation. The guidelines discuss the scope of individuals' rights to access their data, considerations for assessment of data subjects' requests for access, and the limi...
END_OF_DOCUMENT_TOKEN_TO_BE_REPLACED queue Save This

Indiana's Senate Commerce & Technology Committee voted 10-0 to advance Senate Bill 358 out of committee with a favorable recommendation. State Sen. Liz Brown, R-Ind., proposed a strike-all amendment prior to the meeting that she said changed the bill's framework to mirror Virginia's Consumer Dat...
END_OF_DOCUMENT_TOKEN_TO_BE_REPLACED queue Save This

US judge dismisses breach of contract, violation of privacy claims against Google

A U.S. District Court Judge for the Northern District of California dismissed two claims Tuesday in a proposed class-action lawsuit against Google for allegedly violating the California Invasion of Privacy Act, Jurist reports. The plaintiffs claimed Google collected their data despite turning off Go...
END_OF_DOCUMENT_TOKEN_TO_BE_REPLACED queue Save This

The Organisation of Eastern Caribbean States is using funding from the World Bank toward a consulting firm to draft “harmonized data protection legislation” in the Eastern Caribbean Currency Union. The OECS invites eligible consultants to express interest. Privacy Across Borders launched a websit...
END_OF_DOCUMENT_TOKEN_TO_BE_REPLACED queue Save This