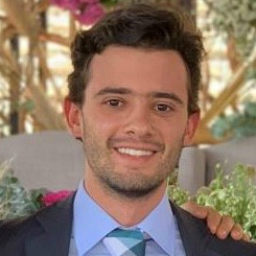 Colombia’s data protection authority, Superintendencia de Industria y Comercio, has ordered Uber to improve its technical and organizational security measures to protect the personal data of Colombian users. Uber must also obtain independent and third-party audits certifying it meets the requirements of the order within 120 days of the ruling and every year thereafter for the next five years.

The regulators also alleged Uber did not have a policy prohibiting engineers from reusing credentials and did not require engineers to enable multi-factor authentication when accessing Uber’s GitHub repositories. The intruders accessed Uber’s GitHub page using passwords that were previously exposed in other large data breaches, whereupon they discovered the access key in plain text.

The breach affected 57 million Uber users worldwide, including 267,000 users in Colombia. The users were not told about the breach for more than a year after discovery of the breach. Instead, Uber paid the intruders responsible $100,000, through its third-party “bug bounty” program, to destroy all personal data they had downloaded.

Uber’s bug bounty program was created to provide financial rewards to parties who responsibly disclose security vulnerabilities rather than those who maliciously exploit vulnerabilities to access users’ personal information.

The Colombia DPA also found Uber failed to implement reasonable access controls to protect the personal data of Colombian users stored in the Amazon S3 Datastore and failed to notify users of another data breach occurred in Uber’s Amazon S3 Datastore during May 2014, according to an FTC complaint.

Colombian Law 1581 of 2012 provides that companies are responsible for users’ personal data in its custody or possession and to implement policies and practices to give effect to the protections afforded under Colombian data protection principles. In the DPA’s view, Uber did not take real responsibility for the vast amounts of user personal data within its control, in that it did not implement sufficient practices and procedures to give effect to the principles set forth in Law 1581 of 2012.

The decision also requires that Uber:

Uber still has time to appeal the decision.

Photo by Kobby Mendez on Unsplash

The California Privacy Protection Agency Board outlined a proposed course of action for the upcoming California Privacy Rights Act rulemaking process, addressing what will and will not be anticipated areas of focus. The board did not discuss the quickly approaching July 1 target date for finalizing ...
END_OF_DOCUMENT_TOKEN_TO_BE_REPLACED queue Save This

After eight years at the helm of Canada's privacy regime, the time has arrived for Privacy Commissioner of Canada Daniel Therrien to pass the reins. The longtime civil servant will leave his post June 3, allowing him the opportunity to speak candidly for the first time about the state of Canadian pr...
END_OF_DOCUMENT_TOKEN_TO_BE_REPLACED queue Save This

There’s an open secret among those who track the U.S. Senate Committee on Commerce, Science, and Transportation, where consumer data privacy bills are first considered. Why are some folks calling this summer the last chance to seal the deal around the fragile consensus on comprehensive federal priva...
END_OF_DOCUMENT_TOKEN_TO_BE_REPLACED queue Save This

Greetings from Portsmouth, New Hampshire. We are beginning to wrap up the school year, which means we're scrolling through online portals to nudge kids to complete assignments, catching last-minute notes from teachers about those assignments and of course, peeking at grades.  Not for the first tim...
END_OF_DOCUMENT_TOKEN_TO_BE_REPLACED queue Save This

CPPA board says enforcement an area of focus for CPRA rulemaking

The California Privacy Protection Agency Board outlined a proposed course of action for the upcoming California Privacy Rights Act rulemaking process, noting enforcement and agency audit rights as areas of focus. But the board did not discuss the quickly approaching July 1 target date for finalizing...
END_OF_DOCUMENT_TOKEN_TO_BE_REPLACED queue Save This