UK Information Commissioner Christopher Graham makes no apologies for being a “data protection bureaucrat.” He would argue that’s exactly what the world needs more of as it faces the privacy issues of the future.

Without strong regulators, he argued at the IAPP Europe Data Protection Intensive, it will be impossible to retain consumer confidence in an economy that will increasingly be based on open data, Big Data and the digital delivery of public and commercial services.

In fact, he argued, “The ICO office provides a model for DPAs that are well-placed to be effective guardians for citizens and consumers but also partners for service providers and public authorities. But to be that, DPAs need to be given the tools to do the job expected of them.” 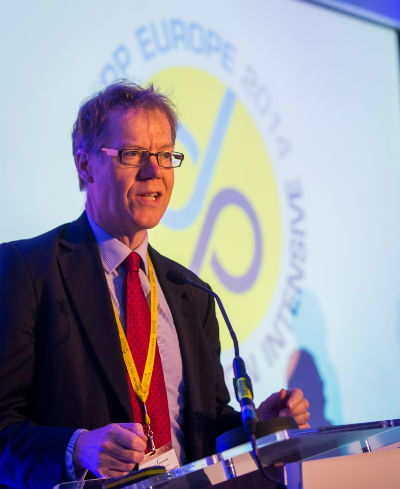 “Regulatory authorities are going to need to be independent,” Graham said, “adequately resourced and with appropriate powers to be able to tell truth to power, whether that’s government or corporations. There’s no point in passing laws if you don’t equip the policeman to do the job. Without adequate protection authorities in place across the EU, then the regulation you put in place is merely an aspiration that may or may not be adopted. It’s just a wishlist for lots of good practice. I think the wishlist is generally too long. If you don’t have adequate arrangements for enforcing it, it’s futile. Actually, it’s worse than that.”

A regulation that’s not enforced harms privacy more than it helps, he argued, because it undermines the very consumer confidence it’s meant to inspire.

“Less is more,” Graham argued. “If you have an overarching, principle-based approach, it’s much better able to be flexible and deal with new challenges.”

Finally, the brave new world of privacy that Graham envisions is one in which global DPAs work tightly together. “Whether it’s Europe or North America … I want to suggest to you that a major challenge for the data protection business is to cope with the fact that citizens are increasingly aware of and concerned about their privacy, and an important contribution (from the global DPA community) is going to be dealing with the crisis of confidence that citizens and consumers have in the way things are going in business and government,” he said.

“I believe that effective regulation is key to restoring that confidence … Unless we respect the rights of citizens and consumers,” Graham said, “we don’t restore the confidence and we can’t make the opportunities provided by new technology effective.”

I know the big news this week is the Office of the Privacy Commissioner releasing their special report to Parliament on law enforcement’s use of facial recognition. It comes on the heels of the rather scathing report a few months ago, when the commissioners in Canada admonished Clearview AI for thei...
END_OF_DOCUMENT_TOKEN_TO_BE_REPLACED queue Save This

The Peruvian Council of Ministers signed legislation to establish the National Authority for Transparency, Access to Public Information and Protection of Personal Data. The agency will have the power to issue sanctions against parties found to have violated the Law of Transparency and Access to Publ...
END_OF_DOCUMENT_TOKEN_TO_BE_REPLACED queue Save This

Fieldfisher's Phil Lee, CIPP/E, CIPM, FIP, analyzed the significant and notable aspects of the European Commission's updated standard contractual clauses for The Privacy Advisor. IAPP Staff Writer Joe Duball reported on industry reaction to the passage of the Colorado Privacy Act for The Privacy ...
END_OF_DOCUMENT_TOKEN_TO_BE_REPLACED queue Save This

The Office of the European Data Protection Supervisor released a case law digest exploring judgements rendered by the Court of Justice of the European Union related to international transfers of personal data. According to the EDPS, the report aims to provide breakdowns of cases to "clarify the stru...
END_OF_DOCUMENT_TOKEN_TO_BE_REPLACED queue Save This